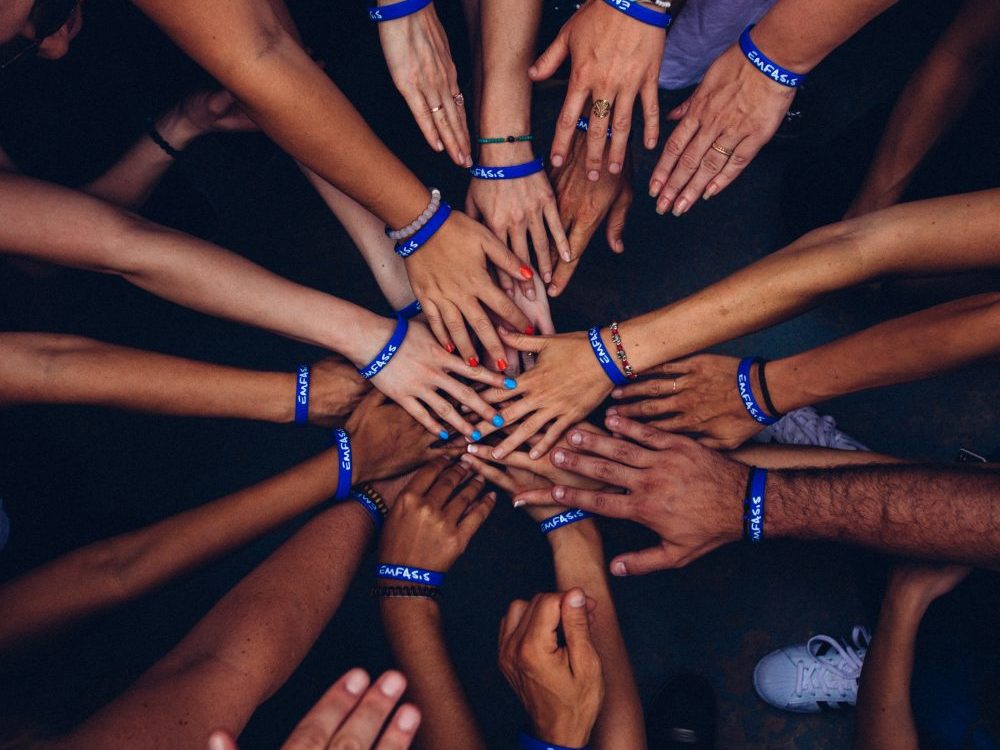 Women Are at the Forefront of the Global Refugee Crisis

The global refugee population keeps swelling. The United Nations High Commissioner for Refugees (UNHCR) estimates that over 70 million people have been forcibly displaced from their homes, the highest figure in recorded history. Yet displacement, much like the conflicts that cause it, affects men, women and children differently. With limited resources at their disposal, governments and humanitarian agencies often rely on a one-size-fits-all approach to aid. This disproportionately affects the wellbeing of women and children, and fails to prevent continued threats to their personal safety.

To fill the gap left by NGOs and governments, women-run initiatives are popping up to meet the urgent and distinct needs of refugee women and children. These carefully considered programmes do much more than just administer humanitarian aid; they restore dignity and hope for a better future. They offer a sense of stability and control in an environment defined by uncertainty. They inform each person of their legal, inalienable human rights.

Whether providing access to reproductive healthcare, or creating safe spaces where families can receive support without fear of harm, women are at the forefront of caring for the world’s most vulnerable refugees and displaced persons. From Texas to Nairobi, here are four volunteer organizations striving to mitigate the human cost of the global refugee crisis.

In the summer of 2018, a group of women crossed paths on the Reynosa International Bridge in the Rio Grande Valley. They received word that US Customs and Border Protection (CBP) officers were blocking passage on the bridge where Mexico meets Texas, trapping hundreds of migrants and preventing them from exercising their right to request asylum in the US. The women acted swiftly, bringing food and water to stranded families who were stuck for weeks in the South Texas heat. Before long, they joined forces to form the Angry Tias and Abuelas, a grassroots coalition of eight angry aunties and grannies who are fighting back against the Trump Administration’s draconian immigration policies.

Together they monitor cross-border bridges, handing out backpacks filled with emergency supplies (clothing, toothpaste, water bottles) and information on pro bono legal services in the area. They drive migrants to bus stops, set up immigration appointments, and help reunite families who have been separated from their children, many of whom end up several states away. They arrange accommodation in local shelters. When none are available, they open their own homes to those in need of a warm bath and a safe place to sleep.

“When determined women with a similar vision come together, purposeful things happen,” says Nayelly Barrios, an Angry Tia who lives in Texas. For her organization, that vision is simple: “These men, women, and children are individual humans with hopes and dreams just like the rest of us. We want the public to demand asylum-seekers be treated with dignity.”

The wooded area around Grande Synthe, Dunkirk and Calais in Northern France is currently home to some of the world’s most dangerous refugee camps. The grounds can be a hostile environment for women and children, and are at times the domain of smugglers and violent confrontations between migrants and French police. Reports of sexual assault are sometimes so prevalent that adult nappies are distributed to women who are too frightened to leave their tents at night to use the toilets.

The  Dunkirk Refugee Women’s Centre was formed in 2017 as outdoor pop-up spaces for women. The RWC’s team, made up entirely of women and non-binary volunteers, administers mental health support and provides access to legal services. But most importantly they provide shelter and safe spaces for women to spend time with their children, attend information sessions and access much needed supplies. These supplies are often scarce, but volunteers are accustomed to making the most of what they have. When a fire destroyed much of their storage warehouse last year they were quick to mobilise, organizing a fundraiser to restock necessities that were then distributed to women by van.

Frances Timberlake, an RWC volunteer, describes the numerous obstacles and “structural barriers facing migrants living in transit, such as constant camp evictions and denial of access to shelter”. These pop-up spaces continuously meeting changing demands are a testament to the grit and adaptability of volunteers. “Our work on the ground faces many challenges on a daily basis,” she says, adding that the “resilience, strength and creativity of the families and individuals we support remains a driver of our work.”

In Nairobi, Kenya, RefuSHE believes that girls are the solution to the global refugee crisis. The women-run NGO serves unaccompanied women and girls across East Africa, most of whom have lost their families in conflict and are survivors of sexual violence. RefuSHE — originally named Heshima, meaning respect, honor and dignity in Swahili — champions a holistic model of care centered on “protection, empowerment and peace-building”. Education initiatives are entrepreneurial in nature, emphasizing economic independence and community outreach to prepare women for life after the camps.

“When a woman is empowered, educated, and becomes economically independent, families and communities become stronger, children are educated and fed nutritious meals, businesses thrive, and job creation occurs,” says Ariana Erickson, RefuSHE’s US Chief of Staff. “By providing resources for long-term support, we have seen refugee girls and young women become catalysts for strengthening networks and creating sustainable change within the local and global communities.”

Last year, RefuSHE commemorated their 10th anniversary with the Fashion Challenge X campaign in coordination with UNHCR’s #WithRefugees World Tour. The campaign held fashion shows in various cities where local designers used textiles made by refugee girls in their designs. The initiative is part of the NGO’s ongoing social enterprise programme that offers training on traditional East African weaving, tie-dying and crafting, while promoting refugee artisans internationally to great acclaim.

Projects like these create a one-of-a-kind environment that fosters growth and empowerment, Ms. Erickson explains. “It is an honor to watch the transformation of young women whose identity has been shattered by unimaginable trauma and extreme loss, blossom into women who exude confidence, happiness and even joy.”

Greece has long been considered a gateway to the rest of Europe by people fleeing Syria, Iraq and Afghanistan, and is currently home to an estimated 50,000 refugees. Yet after a protracted economic bailout and the highest unemployment rate in the European Union, Greece remains ill-equipped to deal with its overflowing refugee camps; they are often dismal, understaffed and heavily dependent on individual donations. The women behind Amurtel, an organization that specializes in women’s reproductive health, noticed the lack of OB/GYNs provided by the government and dispatched groups of Greek volunteers to camps in Athens and the port of Pireaus.

Amurtel’s website states that one in five refugee women of childbearing age is likely to be pregnant. They believe that many women put the wellbeing of their children and family above themselves, and that mothers and children are often “more susceptible to post-traumatic stress, depression, or lingering shock and grief” caused by crisis.

In response, they provide prenatal and postnatal care to mothers and infants, and sort out the logistics of visits to Greek hospitals. Female patients are often more comfortable discussing their reproductive health with other women and come to Amurtel for sanitary pads, condoms and pregnancy tests. Mostly, however, they come for human connection. Greek midwives and nurses advise mothers and comfort children, and provide an invaluable sense of community to ease the anxiety and isolation that so many refugees are forced to bear on their own.