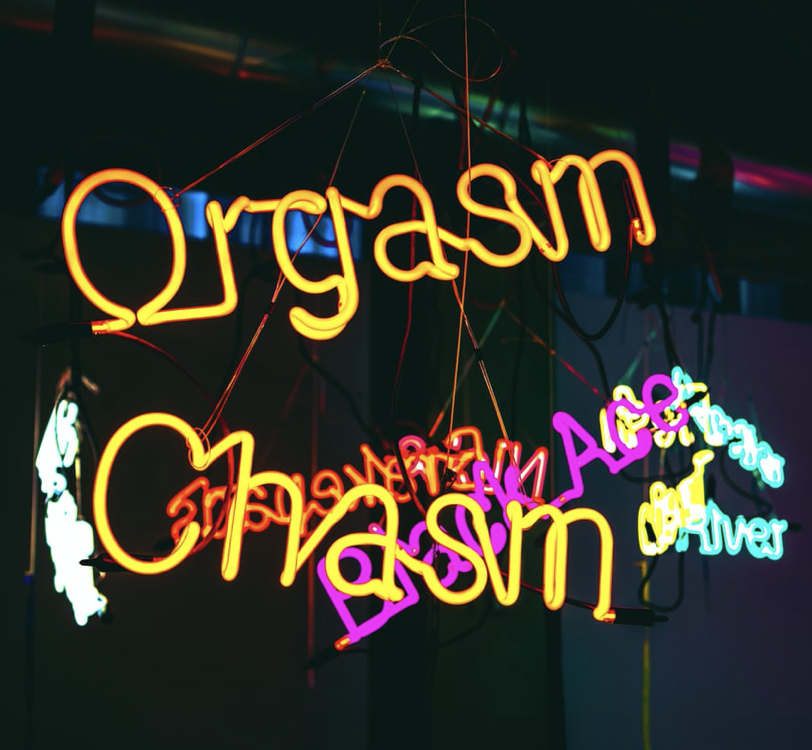 Are We Under Too Much Pressure To Orgasm?

The latest in Beth Ashley’s ‘It’s My Pleasure’ series

Socially, orgasms have represented a difficult journey for women. For too long, female pleasure has been side-lined. In the 1930s, when psychological research around sex first began, discovering information about female pleasure was not prioritised, because it wasn’t considered important for reproducing. Only men’s experience of sex was properly studied, in order to understand conception.

Sexually pleasing women was not only discouraged, and considered a waste of effort, but buried away completely. And even now that women’s intimate experiences are finally in discussion, the female orgasm remains an elusive phenomenon; deemed too complicated to be worth the effort.

Because women’s pleasure has been ignored for so long, in many ways, orgasms are now the centrepiece of female rage.  For many of us, orgasms represent empowerment. A woman experiencing something that’s solely for pleasure, a wonder that was locked away from us for so long, still feels like an act of defiance. Many of us relish in this, but the orgasm revolution is a double-edged sword. While it grants many women sexual liberation and arms them with the confidence to ask for what they want from sex, it leaves a lot of women feeling guilty, believing there’s something wrong with them if they can’t come.

I remember when I first had an orgasm. I was in my early teens, and I made it happen all on my own. This made me feel very grown up, like I’d bought a sensible pair of heels or opened a pension scheme. I’d read in a magazine I was far too young to be reading that orgasms were like a sneeze, but it felt like more of a seizure – followed by a shower of endorphins. When I grew up (a bit) and became sexually active, I became frustrated and confused that orgasming with a partner was never as easy as it was alone. This meant sex could be confusing and anxiety-inducing, and I wasn’t sure how to communicate this with my partner. I ended up faking orgasms and never telling my partner that I hadn’t came. I, like many other women, grew up with overwhelming pressure to please men. Even my own pleasure felt like a sub-category of my theirs. Was I trying to orgasm because I wanted it for me, or for him? As an impressionable teenager without many resources, it was easy to muddle pleasure with performance.

24-year-old Amy has experienced some complicated feelings of guilt around orgasms – or lack-there-of. She explains that before she became more sexually liberated, she would fake orgasms to please partners and avoid awkward conversations around improvement, but in her current relationship, communication has opened the doors to understanding each other’s pleasure. “People with penises aren’t ever taught that their partner’s pleasure is important. My current partner is very conscious of this and has felt bad when I haven’t orgasmed because he thinks it means I didn’t have a good time. I explain to him that I’m still enjoying sex and that I’d let him know if I felt like he wasn’t taking my pleasure into account.”

Like many other women, Amy grew up being fed the all-too-false ‘facts’ that we’re supposed to feel pain during sex. “I think if I hadn’t been taught that women are meant to feel pain, I would have been more knowledgeable about orgasms by now.” I myself grew up dreading the inevitable ‘virginity loss pain’ – something that’s non-existent when sexual encounters are considerate of all parties’ pleasure. Myths and misconceptions about pleasure are still spun as the truth in classrooms, pubs and even workplaces, meaning women are restricted by a lack of information.

Sofie, 22, also feels that her lack of orgasm knowledge has hindered her, as she didn’t realise for most of her life that orgasms could be facilitated alone. “My understanding of sex throughout most of my life was that you got your orgasms from men, and if they couldn’t deliver, it wasn’t happening.” Sofie feels under pressure to orgasm both alone and with partners, as she didn’t orgasm for two years after becoming sexually active. “I felt like I was missing out on something everyone else was having fun doing. I felt like my experiences of sex and masturbation were not real.”

The most important information (that women haven’t had access to) is that there’s no correct way to have an orgasm. Difficulty levels vary between individuals, meaning everyone’s journey to climax is different. Some of us are toe curlers, pillow graspers, sheet pullers. Some just knock them out like a sexy pinball machine with no bother, and others embark on a complicated journey – sometimes to no avail. This realisation has left a lot of women feeling bewildered, and angry about the information they’ve had kept from them.

Sofie found her own views on her orgasm difficulties hard, as she felt she should be more upset. She actually loved sex regardless of whether or not she orgasmed, but the societal portrayal of sex and orgasming made her feel like her sex life was lacklustre. “There was a huge pressure when we first started having sex, both from myself and my partner. He wanted me to enjoy sex as much as he was and thought me not ‘finishing’ meant I wasn’t having a good experience. I get pleasure from sex whether orgasm happens or not, but I felt like it had to happen.”

They reached a point where they stopped trying to orgasm together, and in many ways, it was the best thing Sofie did for her sex life. “I thought I was never going to orgasm, so I gave up. This meant I took that pressure off myself and just had fun feeling sexy and making my partner feel amazing. I learned that even just massages and foreplay counted as sex, and it felt good!” This stage of going with the flow and not trying so hard to come, is actually what lead to Sofie’s first orgasm; “the pressure wasn’t there anymore, and that made room for it to happen.”

Realising her first orgasm didn’t need to happen with someone else also helped Sofie to believe they were possible for her: “I bit the bullet (pun intended) and bought a vibrator, and it changed my life. The way I masturbated improved and I felt like there were new possibilities for sex between me and my partner. Because I’d orgasmed on my own, I knew it could happen with my partner eventually, and the pressure was finally off.” Sofie no longer deems orgasms an important part of her sex life; “I love orgasms and they feel amazing, but I don’t feel that gut-punching failure without them anymore. As long as I have an amazing sex session, I’m happy.”

We deserve to maximise our pleasure and experience orgasms if we want to, but we shouldn’t expect them to happen easily every time. Learning what your body enjoys and how pleasure works for you, whether that’s practiced alone or with a partner, takes an abundance of patience and an open mind. It’s important to remember that sex is about pleasure, not performance. Focus on what your body wants to experience and what is reacts positively to, not the pleasure you think you should display to please a partner.

To help, we can begin changing our language around orgasms. The language of pleasure should be open and inclusive. Words like ‘finishing’ and ‘achieving’ suggest that sex without orgasm is something incomplete. But sex is an enjoyable, intimate and fun activity, where failure and guilt should not come in to play. Removing orgasm as a measurement of sexual success rightfully eradicates anxiety from the bedroom and replaces it with genuine pleasure. Frustration around orgasms will not only cause you anxiety (and therefore risk painful sex) but it will also contribute to the overall difficulties. Orgasms are much more likely to occur when a person is stress-free, so the best way to enjoy sex is to stop viewing orgasm as the finish line, and just enjoy the ride. Orgasm isn’t the goal, pleasure is the goal.

For more on orgasms, how they work, and what you can do to help your sex life, read about orgasms on the NHS website. Consider visiting your GP to discuss any concerns.