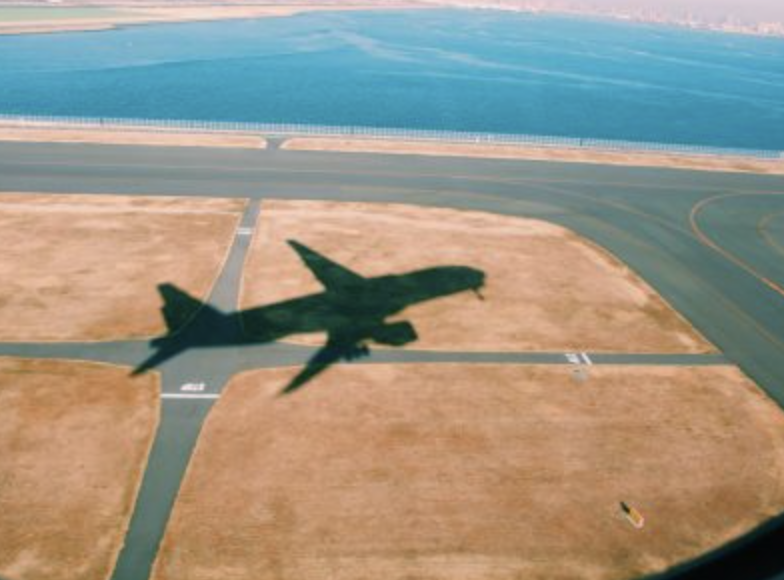 Does Moving For Love Make Us Less Independent?

In the age of female empowerment, girl bosses and solo travelling, moving abroad for your partner might sound like giving up on yourself and on who you want to be. Ignoring the whispers around you – telling you that are risking everything – can be very hard. But does moving for love really make us less independent?

After I graduated, I decided to move to London to study and work. It was my biggest dream come true, and I was so proud of creating a new life, crafting my path in a place I chose for myself, and meeting new people to share my adventures with. After four years of exploring all that Britain had to offer, I followed my boyfriend to Rio de Janeiro, a place I never thought I would visit for longer than a vacation. And yet, I couldn’t be more proud of myself.

Believe me, telling your family about your plans of moving to another country in order to follow your career dreams, is not exactly the same as sitting down and announcing you want to move to the other side of the world…to follow a boy.

Every year, global networking community InterNations carries out in-depth research on all aspects of expat life. According to their latest Expat Insider 2018 study, 8% of expats fall in the category of the “travelling spouse”, moving for their partners’ job or education, while 12% are the so-called “romantics” who followed their other half to their home country.

The gender split is clear: 86% of travelling spouses and 52% of romantics are women. While in the past this would have been no surprise, with the majority of women being housewives and taking care of their families at home, it strikes as an incredibly high percentage in today’s world, where couples normally need to rely on both jobs to make ends meet comfortably. Does this mean women are more willing to follow their partners abroad and are ready to give up their careers more easily? Or are they more likely to accept putting their financial independence at risk in favor of the stability of their relationships?

A stream of necessary thoughts and consequences follow when considering the bold decision to change your life and settle in another country or city, and these can often be the details that make or break the choice, and sometimes the couple.

It took me a while to make the decision to move. After finishing his PhD in London, my partner wanted to try and stay. He went through a lot of interviews and job applications that sometimes took months to come to an end. Every step was like a little spark of hope going up and down in my stomach, but when we understood it wouldn’t work out for various reasons, I found I had already made my decision, and despite the sadness of leaving London and moving further away from my family, it was the greatest adventure I could’ve hoped for.

Suddenly it was time for planning, and after cracking visa legislations and packing strategies – as it turns out four years of life fit quite well in nine boxes – it was time to decide what I was going to do with myself in this new country.

Leaving a stable job to look for a new career opportunity is not always a simple option, depending on your destination’s current economic situation, language barriers or the recognition of certain professional qualifications abroad. Worry for your financial independence strictly follows, spiraling in your head and becoming everyone’s most doomed prediction that you are giving up “too much” and will need to rely on your partner’s finances and therefore lose your hard-fought independence forever.

But is that really so? While this must have been an incredibly difficult situation twenty years ago, we now live in an extremely digital world which allows us to look for a variety of different jobs, to find new opportunities through online communities, and launch new businesses wherever we are, as long as there is wi-fi.

Brazil has much to offer, but a strong job market is not really on the list, which is why I wanted to be sure I wasn’t going to compromise my career. I was very lucky my job in media monitoring can be mainly done remotely. This was a really key decision and it made me feel like I had a safety net, not only financially, but also keeping a part of my life I was familiar with, in the middle of a new environment.

A fresh start can be the opportunity to reinvent ourselves, to assess if where we are is close enough to where we want to go, not just physically speaking, but also in terms of our lifestyle and goals. Taking time to reflect on this can be hard in the day-to-day hustle and bustle, so this can be the chance to take a break, look around us and realise if we like where we have landed.

Being independent means being free from outside control, and this control might not just be coming from someone else, but from rules and standards we impose on ourselves, without realizing they are not the right ones for us. We live in a society focused on self-achievement, where aiming at our personal success comes before anything else, and the idea of giving something up for another person can be the scariest of thoughts.

It’s not the right choice for everyone; leaving family and friends behind, altering your weekly routines, adapting to a different place, and facing some inevitable solitude will follow suit. So it goes without saying that you need to have a strong relationship which will be able to withstand several bumps in the road ahead. If the guy you have been dating for the past two weeks in Paris suddenly moves to Australia, maybe hold on before running to pack up your belongings.

My friend Carolina called me last month, her boyfriend, who works in the same company, was being transferred to Shanghai and she decided to follow him. A cynical romantic all her life, she could have let him go and see what happened, but this time she felt different and was willing to make the change for him. But it had to be done in a way that felt right for her: “I am not going there to hold him the candle (as we say in Italy),” she texted me. She met her boss and negotiated to be transferred to the Shanghai office in a brand-new role, and then went online and enrolled in an MBA over there. She found her way.

What matters most is that you and only you will know if this is the right choice – and even then life may not pan out quite how you expect. You might find yourself getting back on a plane in a month with a broken heart, or you might be calling all your friends to invite them to your wedding next year.