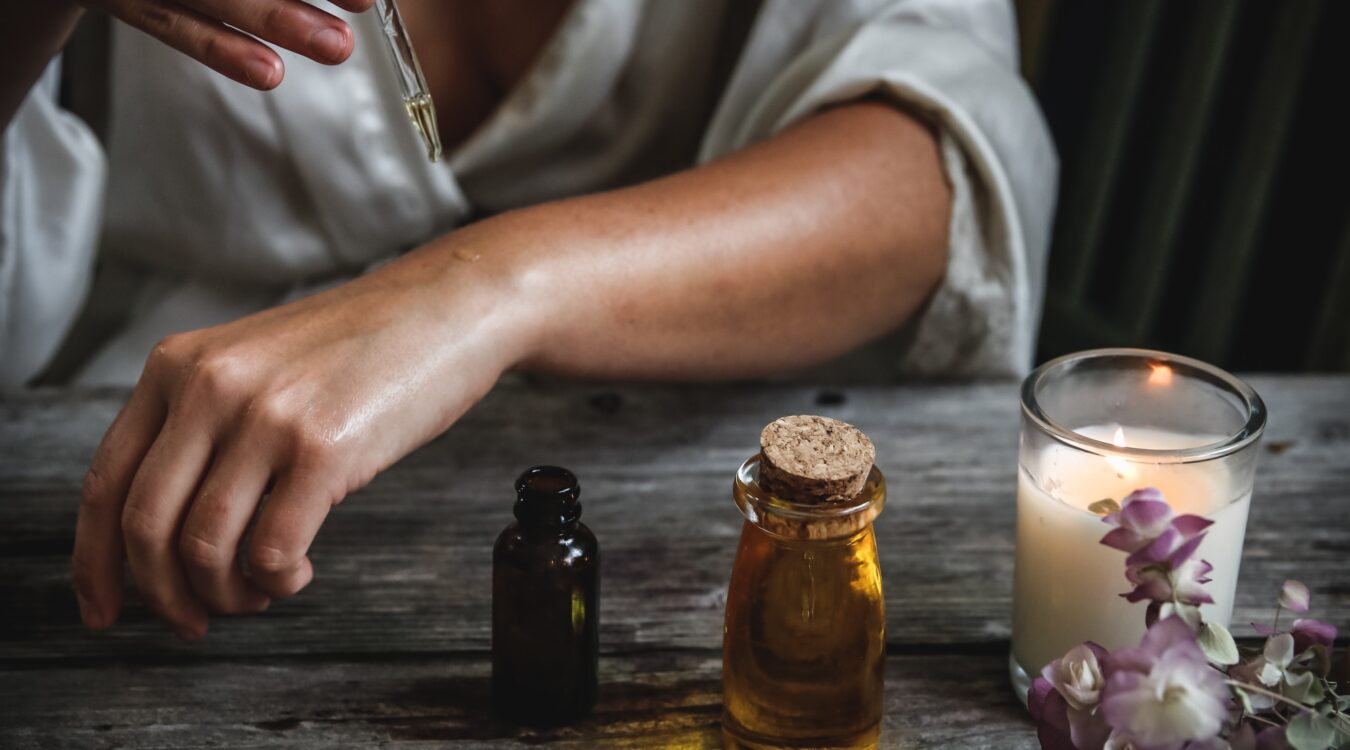 So, if I just dab this on my wrists, I’ll meet my husband?

It was a Saturday evening in November, and I had just finished taking a bubble bath with a glass of wine. I was feeling particularly indulgent that evening when it came to self-care. After my bath and two glasses of Cabernet, I climbed into bed and went through my usual nighttime routine of telling my dog I love her one million times and grabbing a novel to read, only to ignore it and scroll through my phone instead. I alternated scrolling through my dating apps and Instagram for thirty minutes before I remembered that I should be reading, but just as I was about to close out of Instagram, I came across a picture from one of my favorite tarot readers and spiritualists — a love oil she created that promised to help you manifest the love of your life.

People rejoiced in the comments and sang the praises of this mysterious potion. Some women dabbed it on their wrists and met the love of their life a month later, other women used the oil for aromatherapy during solo love sessions, and others sprinkled some in their bath or mixed it with lotion. Almost all of the comments squashed my suspicion of the magic elixir’s validity, and two minutes later, I found myself confirming my information on PayPal.

A week or so later, I came home to a small package on my doorstep. I knew exactly what it was. I ran inside and tore it open and held the black bottle in my hand. I could smell the oil radiating from the unopened bottle. It smelled like frankincense and hope. The spiritualist said to place a few drops of the oil into your hands, rub them together to create heat, and inhale as you think of qualities you’d like your partner to possess. She also said to place a drop of the oil onto the top of your head and on your chest near your heart. To ensure I had the best chance of meeting the love of my life, I did all three.

As I rubbed my hands together, I began to conjure up my dream partner in my mind.

I felt a little silly at first rubbing my palms together to heat up a love oil I bought on Instagram, but as a gal who has been single for two years and is ready to find romance, I’m pulling out all the stops

“I’d like for him to be kind,” I thought. “Uh… creative, intelligent, driven… handsome. Financially successful, for sure. Good hair?”

I laughed at the last part. Admittedly, I felt a little silly at first rubbing my palms together to heat up a love oil I bought on Instagram, but as a gal who has been single for two years and is ready to find romance, I’m pulling out all the stops. Dating is hard. It’s exhausting. And even if an oil can’t lure a man into my orbit, perhaps positive thinking and dreaming him up can.

First outing with my new oil was to the grocery store, because we’re in a pandemic, and where else am I going? While I was browsing the aisles of my local Trader Joe’s, I noticed those around me a bit more. And they noticed me, too. People said hello, and some struck up casual conversation. I seemed to have a pep in my step; a new confidence I hadn’t had before. I couldn’t help but wonder… was the love oil actually working?

I continued to use the oil anytime I’d leave the house — trips to the grocery; socially distant plans with friends; to check the mail (you never know). A little dab here, a little dab there, a little less on the top of my head, because I used too much the first time. Rookie mistake. On special occasions, I’d mix the oil with my favorite perfume and it immediately made me feel sexier. Kind of like I had a secret.

Around Christmastime, I opened my dating apps one evening and started swiping. I was beginning to feel underwhelmed by dating apps (and men in general) and was ready to throw in the towel, but I figured I’d give it one more go, an intentional spin around the ol’ block as one last hurrah before deleting them altogether. And then I came across a profile that made me pause.

The first thing I noticed was his name. It was quirky and fun and had an accent mark over the e. The next thing I noticed was that he was a dog dad, and for my fellow dog moms out there, I think you can agree that this is a huge bonus. As I read on and looked at his pictures, I concluded that he was, indeed, someone I wouldn’t be mad at getting to know. He seemed stable, intelligent, and was very handsome (never hurts). He seemed grown. So, I swiped right.

I couldn’t help but wonder… was the love oil actually working?

We talked for three weeks. I got to know a bit about him, his work, his family. I learned that he’s active and likes kayaking. I learned he hates cilantro. I learned he’s a tea guy and can crush an entire French pastry made for a family of eight on his own. Respect. He learned about me. He learned about my strong opinions on the driver’s ed system in America (I cannot believe we authorize sixteen-year-old children to operate machinery). He learned that I am hopelessly addicted to coffee. He learned that I’m a writer. Talking to him and getting to know him felt fun. I felt excited at the potential of meeting him. And to be honest, I hadn’t felt that for someone in a really, really long time. I was surprised. My friends were surprised. And right after the new year, we had our first date.

It was my first first date in a year.

Before I left the house, I grabbed my love oil. I placed it on my wrists, over my heart, and a tiny bit on top of my head, just like the spiritualist said. I had even learned the proper ratio to avoid saturating my hair by this point. I felt like a pro. And I added my intention.

“Kaitlyn,” I said to myself. “You are powerful, and you are beautiful. He’s just a dude! Go have some fun. It’s lagniappe.”

Growing up, my grandmother used to say, “It’s lagniappe!” whenever she’d talk about something that was extra, or a bonus. “Lagniappe” (lan-yap) is something not necessarily needed, but whose presence is appreciated and cherished, like an extra few dollars in our Christmas cards or a second helping of her famous banana split dessert after dinner.

As I dabbed the oil on my wrists, heart, and literal head before hopping into my car for my first date in twelve months, I couldn’t help but reflect on what has transpired over the course of a year. And I couldn’t help but feel so unbelievably grateful for it all — the minor heartbreak from that one guy, the immense healing from intentionally spending two years alone, the overwhelming laughter and joy and wisdom my friends and family have brought into my life.

I stood there, bottle in hand, and I thought, “Damn… I have it all.”

Here, in my singlehood, I have it all. And a love oil I bought on Instagram helped me to see that. It helped me see that setting intentions for love can manifest romantic love, sure, but it can also manifest a multitude of other things, too. From someone being kind to you at the grocery store, to your dog wagging her tail and running to you when you come home, to spending time by yourself soaking up every ounce of your glory.

I needed the reminder of where I’ve been and where I am now. I needed the reminder that the love I seek is within me. It gave me the confidence walking into that first date knowing if it didn’t work out, I’d still be whole. And I’d still have everything I ever needed. While a magic potion didn’t do that for me, it did help me remember that the power of attraction, confidence, and worth I had been seeking was within me all along. And, might I just say, that’s money well spent (plus, it smells great).

Because I know you’re wondering, the first date went very well. The second date went well, too. And, for now, dating is fun again. Dating, so far, has been a little bit extra — the couple dollars you discover in your pocket or the second serving of dessert after an indulgent meal — in my already full and complete life.

As for men, and as for the love oil, well, in the grand scheme of things, neither one is necessarily needed to live a happy and fulfilling life. But they are appreciated and cherished.

So, I guess you could say that it’s lagniappe: fun, a bonus, and a little somethin’ extra. And that’s cool with me.