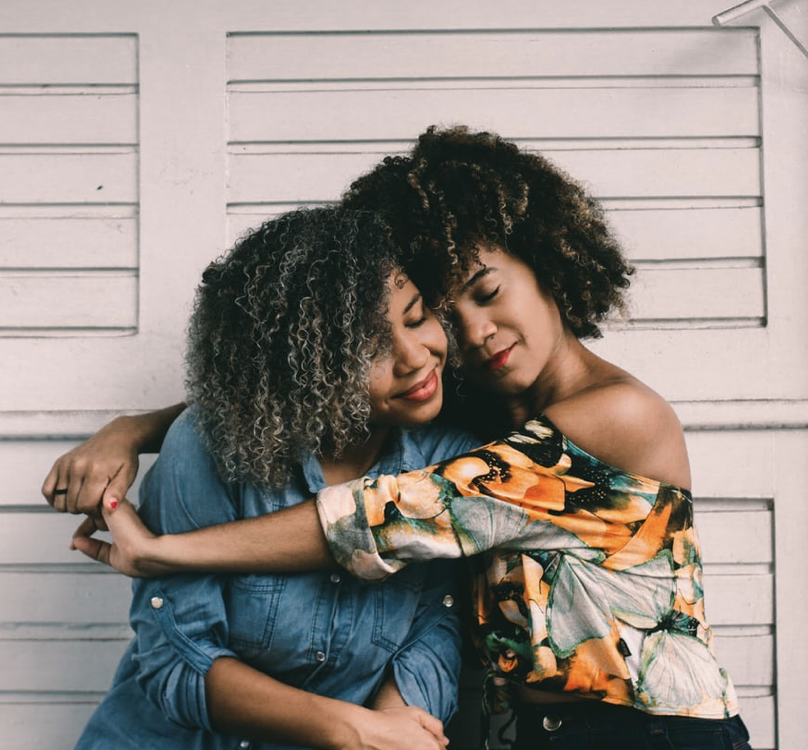 I Prioritised My Boyfriend Over My Best Friend

2018 was a summer to remember. The sun seemed to hang in the sky for months, scorching the grass yellow, skin golden, and turning rivers into sluggish streams of silty water. Some readers will remember it for the evenings spent in summer dresses, sipping Aperol Spritzes on rooftop bars, others can still feel the sweat dripping down their spine on sweltering commutes. For me it was a very special summer, as I found myself in a situation that I think resonates with other millennial women; the Single Together phenomenon.

Being single has never been unusual for me. Apart from a handful of ill-fated flings, until last year I’d never had a boyfriend. I listed “third wheel” as a side hustle on my LinkedIn, and had perfected the art of attending social events solo. Being single was more unusual for my best friend Amy*. Beautiful, funny, free spirited, and exceptionally talented, Amy had been in a long term relationship until late the summer before, and 2018 was the first time that we found ourselves both free of the ties (emotional, not cable) of boyfriends.

We threw ourselves into a long summer of beach trips, parties, surfing lessons, concerts, and posing with her dogs at golden hour. We became regulars at a beachside café, winding down narrow roads to the sea, eating freshly caught lobster and crab washed down with local apple juice and tubs of ice cream. My car was lacquered with sand, and sea salt curled my hair into sunbleached waves. Time stood still as we trekked for miles, throwing driftwood sticks for the dogs and stripping down to bikinis to enjoy the bathwater warm Irish Sea.

I would text her as I finished work, sending an ETA. Even when I worked late I knew that I would still be welcome to drive the hour to her house, and from there the evening was ours. We went to the pub and stayed until the regulars started re-writing songs with the names of their friends, and the landlord locked away the till. We walked home by moonlight, counting stars and drunk on the summer heat and the joy of being 25, aware even then that our experience could only be temporary.

Later that summer I met my boyfriend on a dating app. At the start of our relationship every date was analysed by text, his actions dissected, his motivations questioned. My evenings were split between the two of them, driving in one direction to her and another to him. Although my time was torn, and my attention split, I felt my heart swell as I greedily held them both close. Unlike my other friends, I would not fall into the trap of abandoning my girlfriends for a new relationship. I would not swap gin-soaked nights in the sunshine for evenings curled on the sofa with a man.

It wasn’t a conscious decision. At first I split my time evenly, but as the relationship got more serious, the bubble in which I lived coalesced with his, and by New Year’s Eve I realised that I had seen her once in the previous three months. By (unofficially) moving in with him, I added an extra twenty minutes to my drive to her house. I took on a new job which stopped my appointments falling in her direction. I realised that she had only once visited me, and a tiny part of me now resented making the effort when she did not. And of course, with company at home I had less motivation to get into my car.

Amy and I text, or Snapchat, or post flame emojis under Instagram posts, every day. Before social media the transition from Single Together to New Relationship would have been more obvious, which is why I’m surprised that older generations don’t seem to speak as much about the phenomenon of losing friends to men. Perhaps millennials put more emphasis on female friendship, and so we notice more when it changes. Our older friends and relations were also saved the nostalgia of social media “memories”, and the FOMO of watching Instagram stories where a man has taken your place in a friend’s life.

Having experienced both sides (I have friends I haven’t spent time alone with in eighteen months, since a new boyfriend appeared on the scene) the only advice I can offer is to try. Plan ahead to ensure that you see your friend, but also remember her when you have an evening free. I think that too many scheduled “dates” can make a friendship oddly formal, so try to keep to the same impromptu “I’m twenty minutes away and staring at some share bags of Kettle chips.” Don’t drag your boyfriend to see her, or ask her to see him, unless you know that they genuinely enjoy each other’s company. Even if they do, have some time alone. Save up gossip and news for IRL meetings, but keep the boyfriend information light. Stop yourself before you say anything about how much you miss being single, and remind yourself of what it was like to be in her shoes.

It’s hard to tell, but I don’t think men imbibe their platonic friendships with the same intensity as women. Your boyfriend might not understand how much you miss spending time with your friend, or recognise the importance of your friendship. You might feel guilty about leaving him alone. Don’t.

True friendship is fluid; it shifts and turns to accommodate the changes of life, flowing through the cracks of distance and time. No boyfriend will take the place of your female friends, and that is sometimes hard to remember in the early passionate throes of a relationship. It’s easier to recall when things go wrong, and that woman is the first person you call. Put time aside for her.

Last month Amy asked me to be her guest at a wedding. It was the first time in months that I’d gone “out out”. Sitting in her kitchen drinking gin, debating which dress she should wear, it was hard to imagine that we didn’t see each other every day. The wedding party petered out in the early hours and we hailed a lift to crash a private party, arriving home as dawn broke. As I walked upstairs to her spare room, wearing an old fleece over my dress, muddy shoes discarded, I could still feel the magic of the summer of 2018, compressed into a night.

When my boyfriend asked how our evening had been I could only say “It was good to see her.”