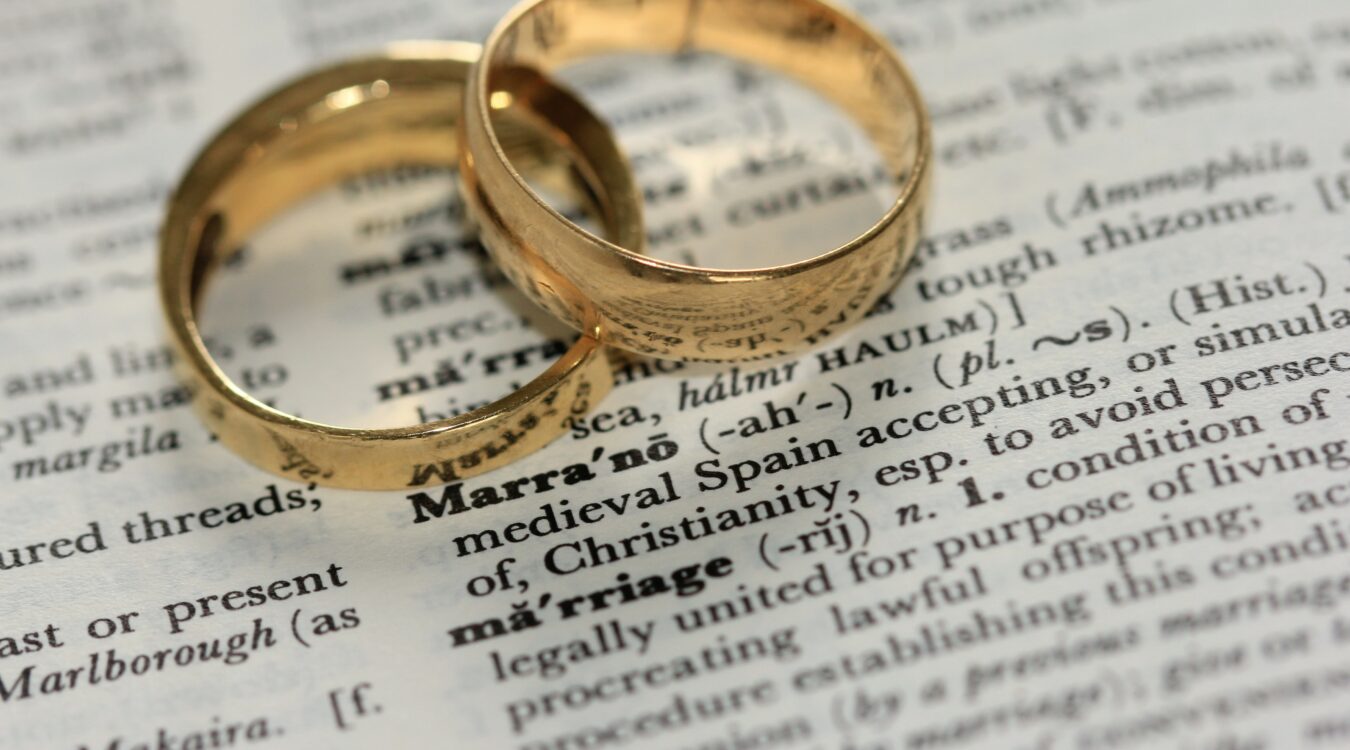 I’m Not Defined By My Marital Status

A few years ago, whilst working in an admin role, I was taking the details of a female customer when I asked her whether she liked to use ‘Mrs’, ‘Ms’ or ‘Miss’ as her title.

“‘Miss’,” she said, defiantly. “I’m not ashamed of being unmarried.”

Aware that her comment was a dig at women who used ‘Ms’, I couldn’t help but feel annoyed, and yet, I said nothing to challenge her.

I’ve been using ‘Ms’ as my title for ten years now, ever since I got married in 2009 when the issue of titles and name changing began to jostle for attention alongside guest lists and table decorations.

Not wanting to give up my familial surname, I decided to keep my own name and change my title from ‘Miss’ to ‘Ms’. But, after hearing more than one negative comment about ‘Ms’ on my wedding day, I started to backtrack, and by the time I plucked up the courage to start actively using ‘Ms’, my nervousness about what other people thought of it, and, therefore, me meant that every time someone wrongfully assumed I was a ‘Miss’ or a ‘Mrs’, my correction was always promptly followed by an apology.

Sadly, ten years on, nothing’s changed. I’m never addressed as ‘Ms’ unless I specifically request it, and so every time I correct someone, I apologise for something that is essentially their mistake.

I’m sure some people will argue that the battle over titles is dead (after all, it’s hardly a rarity to see ‘Ms’ on forms and documentation in 2019), and I know there are others who believe that there are much bigger issues at stake in the battle for gender equality. But the fact that women are still automatically identified in relation to men means that those of us wanting to use ‘Ms’ are still fighting for something that, to me, seems incredibly basic – the right not to be defined by our marital status.

Furthermore, the negative connotations that continue to surround this title do little to promote its usage amongst the female-identifying population and therefore further embed the traditional Miss/Mrs titles into our culture.

Dr Katherine Twamley, Associate Professor in Sociology at University College London, tells me that there are some people who likely associate ‘Ms’ with the negative connotations of being a feminist. Such connotations include that feminists are aggressive and man-hating, and Dr Twamley herself says that when she uses ‘Ms’ she experiences “a tense reaction from some people”.

Conscious that such associations have contributed to my own need to apologise (the people-pleaser in me certainly doesn’t want to be labelled a man-hater), I reach out on social media to see if other women who use ‘Ms’ suffer from the same issue.

“I am married but I don’t see why anyone who meets me should automatically be handed that information,” says Emily Perkins, Associate Director at OggaDoon and historical fiction author. “It should be down to me to decide what personal information I impart, when, and to whom. I proudly use ‘Ms’ and am perfectly happy to correct people. I’ve had to train myself not to apologise, but it’s something I’ve got better at.”

Emily Morris, writer and author of My Shitty Twenties, says the same: “I never feel bad for using ‘Ms’! I just think way too many people fall into the tradition without questioning it. When you stop to consider what it all means, it is unbelievable.”

Prior to my wedding, I’d used ‘Miss’ out of habit. I’d never really thought about how it defined me in relation to men, and until I started thinking about using ‘Ms’ myself, I always assumed it was a title for divorcees and older single women.

It simply hadn’t occurred to me, back then, that ‘Ms’ might offer me a degree of parity with the men in my life; men who had, at some point in their late teens, been automatically upgraded from Master to Mr – a title that doesn’t denote marital status.

Emily Morris’s point about falling into tradition is a good one. Perhaps there are women out there who, like me, never fully considered what their title meant, or were perhaps unaware that ‘Ms’ could be a title for all of us irrespective of whether we’re single, married, divorced, or if we’ve taken our husband’s surname.

I want to make it clear that I’m not advocating that all women change their titles to ‘Ms’. Feminism is about choice, and both Emilys agree that women should be able to choose their own title without judgement. But what I would like to see is a society that addresses all women as ‘Ms’ unless otherwise stated.

I am, of course, conscious that even ‘Ms’ has its restrictions for some, and that there are those who may prefer ‘Mx’, a gender-neutral title, to take greater precedence. To that, I wouldn’t disagree. In fact, perhaps it’s time for us to consider getting rid of titles altogether? (Or maybe that’s a whole other debate!)

Regardless of the solution, I know that I need to stop apologising. “Apologising overly tends to be a sign of insecurity and this can manifest as anxiety too as such individuals tend to be fearful of how they are being perceived by others,” says psychologist Shae Vian who teaches on Learndojo. “In order to stop yourself from apologising, it can help to surround yourself with positive people and good role models that portray assertive behaviour.”

I’ve found my role models. The women who responded to my call on social media were proud to use ‘Ms’ and not remotely apologetic. They have reminded me that there’s no shame in using a title that is designed to be the female equivalent of my husband’s.