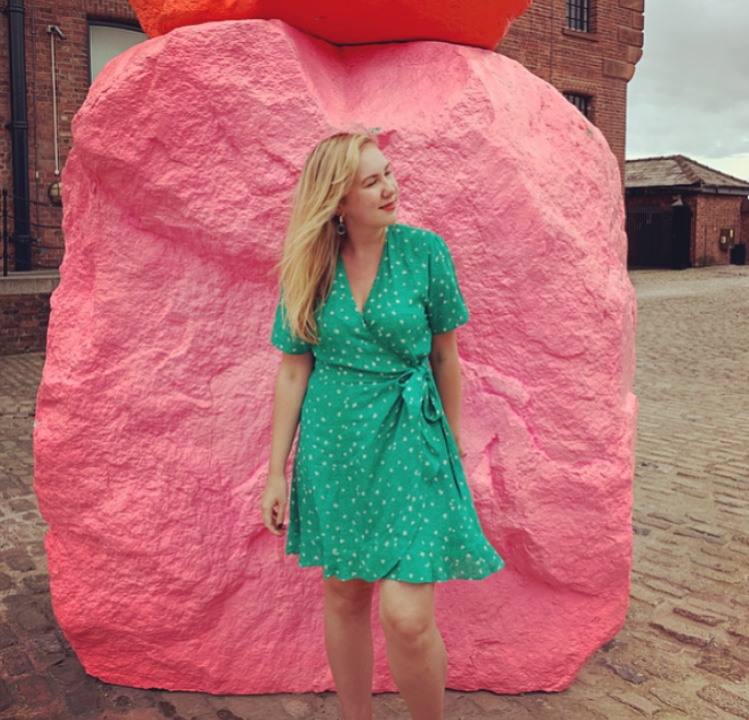 After experiencing classism working in the journalism industry in London as a working class northerner, six months ago I felt compelled to set up my own journalism consultancy company, where I help people who aren’t in the elite or come from a privileged background, become journalists.

As a person from Liverpool with a working class background, I understand how hard it can be breaking into such a field, where companies still offer unpaid internships or ‘all-expenses’ paid, meaning the wealthy or those with a London postcode, are able to do the journalism gigs over the working class.

When I started out as an 18-year-old student I was working two waitressing jobs in order to afford to work the various two-week unpaid internships publications generally offer. As I had no family or friends connected to London, I stayed in hostels on and off for three years that I could only just about afford.

Later on in my career, in particular, high fashion magazines, I was often the only northerner in the offices I worked in. While I had many positive experiences in London, there was a lot of prejudice that I wasn’t expecting. Before I left my hometown Liverpool to make the move, people warned me about the notorious ‘north vs south divide’, but I thought they were exaggerating. Surely that kind of discrimination was something of the past? Wasn’t it old fashioned to still think there was a genuine classist problem?

However, I quickly learnt wherever I went in my career; newspapers, magazines or websites, that there was a lingering, dark cloud of class discrimination pervasive in the industry. Whether it was my accent or the Northern tendencies I brought with me, I always felt I was on the back foot, fighting twice as hard as my southern peers for my place. I stuck out against my privileged peers like a sore thumb. I may as well have had a sign above my head that said: ‘Common scouser: Beware!’

My accent, background and status landed me in a position where I wasn’t always taken seriously in the workplace. When I worked at a glossy fashion magazine I was asked to tone down my northern accent when I was on camera interviewing people, because “it wasn’t on brand” for their middle to upper class audience. At another publication, working on the fashion desk, my line manager made comments about how “people who speak like you” don’t really know much about fashion, and how it surprised him that I had “ended up” in the industry.

Another time, working as a features writer on a culture desk, my colleague questioned if I could really know that much about culture because I was from the north. I also had a former editor who would always make the noises “dey do doe, don’t dey doe” whenever I would speak in meetings or around the office – and not in a jokey manner either. I’m a Scouser, I’ve got a good sense of humour, I can laugh at myself. But it was deeper that that and it impacted harmfully.

I reluctantly found myself changing the way I spoke, just to made sure I blended in and wasn’t stereotyped. I softened my accent and adjusted things I would say. I hoped this would make editors, managers and colleagues accept me more in the workplace. I felt like I was selling out but felt like I didn’t have another option.

It was unsurprising when I learnt that 55% of Brits believe there is a stigma around regional dialects, especially in London, that acts as a barrier to securing corporate jobs. While almost 10% of Brits choose not to reveal the true location they were born and raised as they are worried it is stigmatised, and 22% of professionals believe that in order to be successful in their career, they have had to alter the way they speak and change their dialect.

These kind of incidents were happening all the time, but it’s only with hindsight that I see huge amounts of blindsiding prejudice. At the time I just shrugged it off. I became used to it. I was younger and naive, but now I can see that the reality is, I’ve probably missed out on certain jobs because I’ve came from a very ordinary background, family upbringing and education. I hate admitting that, as I don’t want it to be the case, but there’s still a lot of discrimination when it comes to class in this country, in the journalism field and beyond.

My classist treatment prompted me to think about my fellow working class northerners, many of whom are just beginning their own struggles in the elitist world of journalism. I wanted to help northern women in particular get on the journalism ladder when, as I know from personal experience, it can seem impossible to do so. I didn’t want women to be held back by their class, background, accent or former education either.

I wanted to set up a no bullshit, straight forward guide to getting published. I run one-on-one sessions and masterclasses where we focus on the client’s ideas and turn them into paid articles in their favourite publications. Since starting the business, my northern clients have seen success in national and global news outlets, which has been a win for working class northerners in their journalism careers.

Northern clients from working class backgrounds have gone on to experience press trips, high profile industry events and write for some of the biggest publications in the UK, without having to do shoddy, unethical ‘all expenses’ internships in London or go through the ordeal of being discriminated against in the office.

76% of Brits believe people with higher socio-economic status have increased access to ‘better’ careers/job opportunities regardless of experience or qualifications, and 36% of Brits state there are no working-class/ lower socio-economic people on their management board within the business they work for. Clearly, classism is a problem across all industries.

Retail beauty buyer Katie Hughes from Manchester found herself adapting her voice to be taken seriously. She said, “I used to hate speaking to “posh” clients because I’d see people laughing as I spoke. For the first time ever, I felt ashamed of my Northern background when I moved to London.”
This makes sense, as almost 20% of Brits have hidden where they grew up out of fear that they will be unable to access particular professional/social networks if they knew their backgrounds.

Liverpool-born Terri Andrews spoke about when she worked at an estate agents in London. “Every time I left my desk to go for my lunch, my manger on the desk would always ‘jokingly’ say to every one to ‘watch their handbags and coats’ as ‘a scouser was on the loose’. His 80s-esque joke weren’t funny and his unprofessionalism harmed my position and role at that company.”

Irish Cash Boyle’s experience of trying to make it as a lawyer was tough too, she explains, “Law, particularly the bar, has both express and subtle tones of classism. Statistically more barristers come from private schools, and are a product of an Oxford/Cambridge university education. The more subtle problems arise when progress within the industry relies on always having a healthy pool of savings.

“Even Chambers who are open to a more diverse candidate range expect prospective barristers to have accrued a wealth of low paid (or often free) experience, and to be able to attend interviews at short notice no matter the distance. These requirements imply a lack of worry about money that accompanies being above the working-class bracket.”

We’ve still got a long way to go until we sort out Britain’s class problem and perhaps it will always be there. It’s something I will continue fighting for, but until that glorious day when aspiring journalists can walk free of stereotypes and prejudices that our backgrounds, upbringings and accents bring, you can book in your session to launch your journalism career or to help your freelance journalism, get in touch with @thefreelancesessions on Instagram or contact freelance.masterclass.gmail.com.