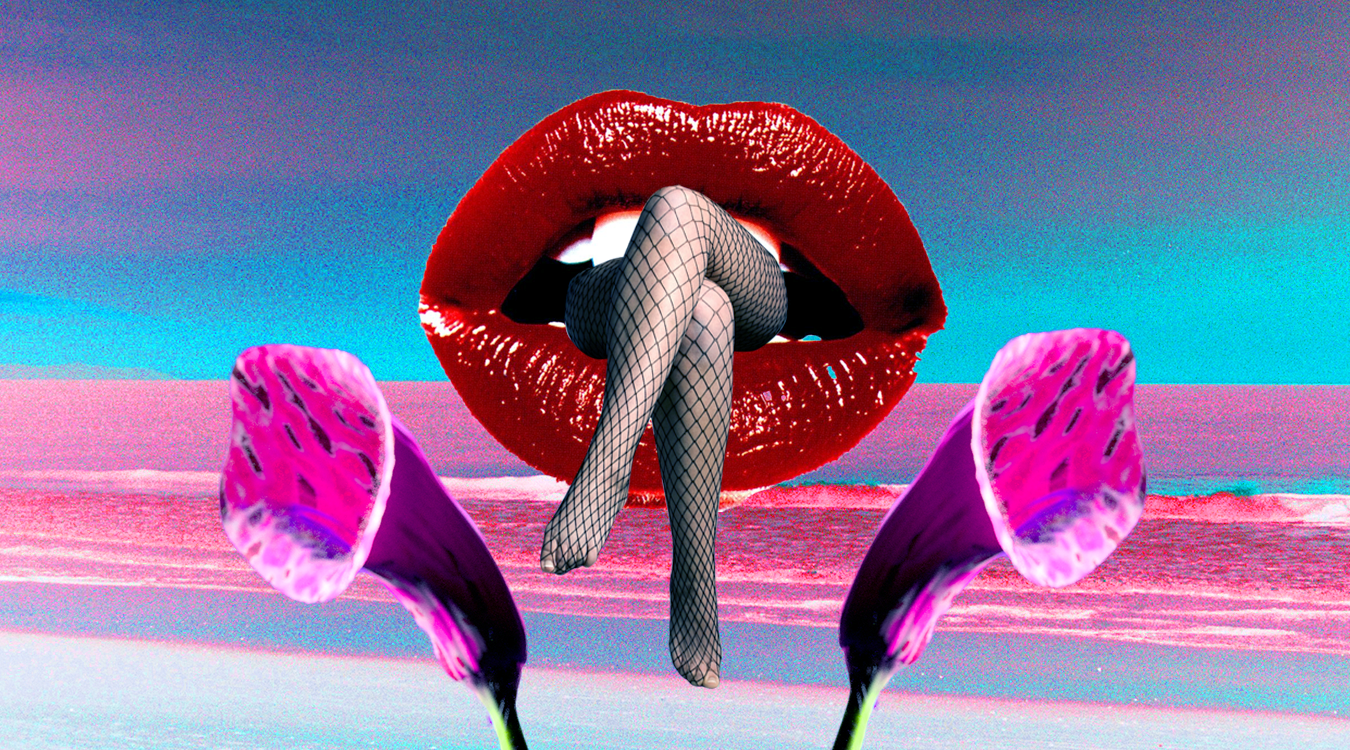 In a world that teaches heterosexually-led sex education, womxn and girls are led through a minefield of playground learning and awkward fumbles that are often lined with guilt, shame, and gossip about who did what and with who behind the proverbial bike shed.

The societal rumour mill continues to perpetuate the tiresome ‘promiscuous women as deviant slut’ story, whilst simultaneously raising male counterparts as ‘desirable studs’ in a discombobulatingly hypocritical fashion. This is known as the [hetero]Sexual Double Standard (SDS).

Sex education for many adolescents is a shame and fear-inducing experience – a confusing mix of trying awkwardly to wrap a condom around the government-approved phallic object (read: banana); brushing up on how to catch a bunch of STIs coupled with judging stares from your educator; maybe a quick review on how periods happen and the functionality of the male climax, all from a cishet perspective.

Essentially, sex education is seriously lacking in the education department. Not only does it make eating a banana a wildly uncomfortable experience past the age of 15, but Personal Social Education (PSE) misses out on a huge chunk of nuance when it comes to sexuality, identity, and social rules that need to be followed if we are going to enter healthy, respectful relationships with each other and with ourselves.

The curricular decidedly choosing to disallow teachings on LGBTQIA+ sex and relationships, female pleasure, sexual identity, and the gender spectrum makes it a complicit partner in the rise of discrimination, persecution, violence, and prejudices against anything and anyone who veers from the cookie-cutter teaching we received as children.

For those quiet kids left wondering why their feelings aren’t being spoken to, the first seed of doubt, shame, and guilt is planted, which festers if left unchecked. It makes us think it improper to be so open, vulnerable, and honest about who we are and how we feel. Take it from a closeted bisexual person who didn’t come out until her late twenties. Not being who you are, unapologetically, sucks.

Not being who you are, unapologetically, sucks

The sooner we learn that sex and sexual identity isn’t a binary experience and is more akin to an orchestra made up of individually complex and dizzyingly emphatic scales, the sooner we will understand how powerfully important our sexual relationships are. We are symphonic, not a drawling singular note.

It’s no wonder we’ve been unable to find our voices in expressing our autonomy. The ongoing hyper-focus of the male gaze in pornography, the next best educator in sexual experiences, teaches us that most sexual acts should feature loudness, degradation, and ‘yes daddy’. It’s where the bald pussies reign supreme, which is fine if that’s what you like and consent to, but it’s not fine to think that that is all there is.

How does a young woman find their voice when it is so easily misconstrued as sluttiness? There are so many impassable barriers designed to exploit and maneuver our wants into something we have been taught are undesirable features. It’s not ladylike to be bossy. It’s aggressive to be assertive. And nobody likes an angry feminist.

With the term ‘gaslighting’ entering our vocabulary in the late 1930s, and then ‘negging’ in the 1990s, and ‘fuck boy’ in the 2000s, it’s clear that all that’s changed in these 70 years is how our heterosexual male counterparts are being taught to coerce and control through manipulating our sense of self. Not all too dissimilar to the infamous Victorian era and its suppression and sectioning of women who just wanted to get off in peace. It’s all just repackaged misogyny.

Don’t get me wrong, it’s not all men, but to quote Gina Martin, it is “too many”

I realized that zoning out had allowed my muscle memory to take over my body during the dirty dance. This is tremendously tragic, least of all because I’ve missed out on so many good lays, but more importantly, because I’m not alone in this.

According to the Durex survey, three-fourths of women don’t orgasm during sex, which is unsurprising considering 30 percent of the men in this survey think that penetrative sex is the best way to make women reach the big elusive O. It’s no wonder that sex as a young person is always such a sucky experience. Sex education doesn’t teach us that pleasure is purposeful.

The orgasm gap is a saddening representation of how society views the importance of female pleasure. Its existence should behave as a stark reminder that ultimately, our relationship with ourselves should be our first port of call.

By exploring ourselves, we create a map to direct others should they be worthy enough to walk the path. That’s not to say that when we find loving and lustful relationships that our partners fail to please us. The pith of the matter is, that without guidance, how do we get anywhere? We cannot direct our lovers if we don’t know the directions ourselves. If nobody is willing to put us on the right path, how are we supposed to find what we so desperately seek?

In place of a failed sex education system, our options are limited. The repulsion of true female pleasure is institutionalized. We are ushered through the basics, and then you’re off on your own. If you get hurt along the way, then that’s bad luck, kid. You should have abstained. You should have had some ‘self-respect’. We are offered a ‘lose lose’ situation, because when putting out is ‘easy’ and saying no is ‘prudish’, what safe choices are we truly left with?

We vulva-havers are much feared for our theoretical insatiability. The knowledge that we are impossible to quench and eternally dissatisfied, because our capacity for pleasure is technically inexhaustible, is terrifying. It’s been taught in patriarchal religions for centuries and then reinforced by media, marketing and advertisements. The infrastructure around the prevention of female pleasure positions our desire for it as a sacrilegious act. Mucky and sullied, like an unwrapped lollipop.

We cannot, and must not, rely on our partners if we are to close the orgasm gap, because the desire to close it is still culturally a one-sided conversation

We cannot, and must not, rely on our partners if we are to close the orgasm gap, because the desire to close it is still culturally a one-sided conversation. Until we begin teaching the next generation about pleasure, functionality, consent, coercion, expectations, boundaries, identities, and expressions without prejudice, this wheel of misfortune is only going to keep on turning.

The relationship you have with your body is the only love affair you’re guaranteed to experience for as long as you both shall live. You are the only person who has earned the right to be the sole caretaker of your pleasure. If we continue to allow our pleasure to be dictated by someone else’s desires, education, schedules, and ability, then frankly, we’re screwed – and not in a good way.