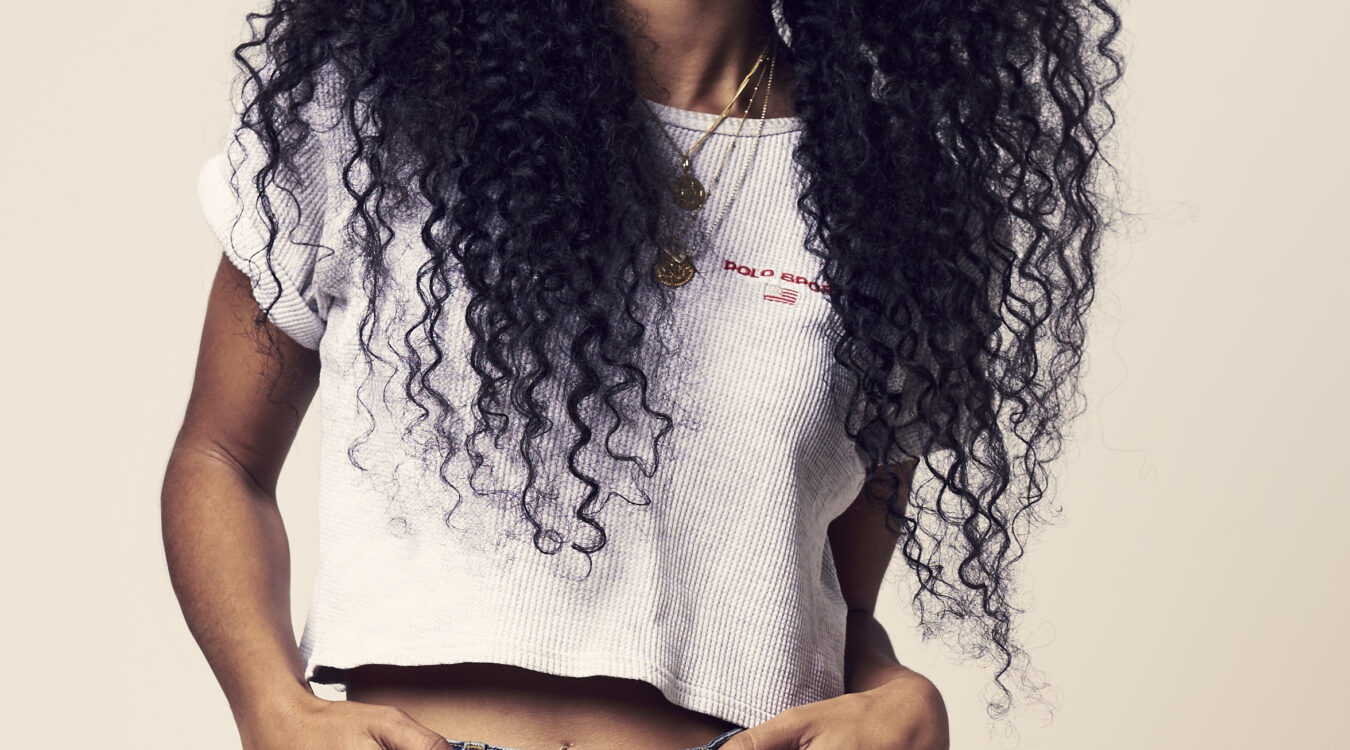 “My Contentment Lies in my Restlessness”

Every week, we chat to an inspiring Restless Rebel in our newsletter, The Restless Reader. We dive deep to cover topics such as power, pleasure, success, and so much more. Here’s our chat with Vick Hope, from issue 6, first published in March 2020. You ready for it?

She’s a TV and radio presenter, journalist and author who has made us rethink our version of success and rid the guilt from our “guilty pleasures”, let’s just do what we love, right?

Give us an insight into your work life…

I do a breakfast show, so Monday to Friday, I get up at 4.30am. I also present shows on Channel 4 and ITV and Sky. For the most part, I guess I work in the entertainment sphere, but I’m also moving towards more factual programmes at the moment. I am also trying to write more for magazines. I like writing about issues that I am passionate about, that women can relate to. A lot about identity. I have been working on the Women’s Prize for Fiction. I am moving into a space where I can discuss things that women like me will find helpful or interesting.

Do you think it’s relevant to talk about yourself as a woman in the industry you work in?

Yes, I really do. Your experiences would be totally different if you weren’t a woman in that same industry. When I first started out, I was quite naïve, I thought that if you worked hard then you would be able to achieve whatever you wanted. But the truth is everyone has different experiences, and you can’t begrudge that or be angry or resentful. You won’t get anywhere that way. As a woman, you have to work twice, three times as a hard. You will come up against obstacles, not just because of the way people cast shows but also how they consume them. There’s a lot to bear in mind, with the balance of things, the fact that people still think they are taking a risk by working with a woman – especially a woman of colour. So, yes, it’s relevant to talk about these things. If you’re a little girl looking at the industry and you don’t see yourself represented then you might feel like you don’t belong there. So as far as I am concerned, it’s important to write about it and talk about it, so that they know that they do have a place here. I want to demystify the industry, to an extent, so that girls can feel accepted and then work their way in. Rather than turning round and not even trying because they think they don’t belong.

When do you feel at your most powerful?

When I am peaceful. But I think it’s important to remember that we are different people every single day. Some days you wake up feeling the happiest you have ever felt, but you might not wake up feeling like that the next day. And that’s okay. Try not to make decisions based just on how you feel that day because you’ve got to know that some days you will have more in you, and some you will have less. But power, for me, is peace, which comes from freedom, meaning I have autonomy or control over whatever it is I am doing. I like being freelance, I like having that control, I like organising my time. Recently I’ve enjoyed being on my own, I am from a big family and at uni I lived with loads of friends. So it’s only recently that I have spent time on my own, having that peace, that haven to come home to in the evenings, helps me reset. Also yoga and exercise help me to reset too. Drawing a line under work at the end of the day, at some point putting everything to one side, even if I have a deadline – saying okay, you’re done – brings a level of peace that then translates into power because I can get myself into a really happy headspace.

I feel like my contentment lies in my restlessness. I get so much joy and pleasure out of travel, for example. You know, going somewhere new or learning something new, and I guess that’s all movement isn’t it? You’re transient, you’re always in flux, in motion as opposed to being still. But I don’t know if stillness necessarily needs to equal contentment. Because I get a fulfilment inside that comes with movement. For me, the peace is in my restlessness. But I also understand that it’s important to stop somewhere. My mum has always instilled that in me. I had a crazy year in 2018, at the end of it I was so exhausted that I basically had a bit of a breakdown, a burnout. Mum was like, you need to stop sometimes, stop thinking that you have to keep going. Sometimes you have to be still. I appreciate that is something I need to work on. You know when the wheels keep turning, turning, turning, and you think if it stops you’ll fall over. But the truth is that actually if you keep going you’ll fall off anyway.

What advice would you give to your 15-year-old self?

It’s going to be okay, everyone else is as worried as you are. You look around you, and think everyone has it sorted. You think you’re the only one with imposter syndrome. Every single person I ever speak to has had some form of imposter syndrome. And also that you’re not alone. Talk to more people about how you feel, because chances are they feel it too. And you’ll feel less alone because of it.

How do you judge success?

Imagine it’s your 70th birthday, and you’ve got all the people who have meant something to you throughout your life there. And they ask you, what do you most remember? What are you most proud of? How do you want to be remembered? I think whatever your answer to those questions is, is what you deem to be success. And I don’t think it would be any work stuff. It would be the times I feel like I’ve helped people, the volunteer work I’ve done, with Amnesty and human rights organisations and refugee charities. And when I led the women’s march. It would be the times I’ve been in the moment and taken leaps of faith. We get so obsessed with the past, what we’ve done, and the future, what we’re going to do, but actually what we’re doing right now; maybe success isn’t quite the right word for it but for me that’s the most important thing. And if you’re not happy, what’s the point?

How different are your expectations of your adult life from the reality?

I don’t feel like I am adulting yet! It’s just a big old journey with loads of chapters isn’t it? I think I assumed I would be married with kids by now but I am nowhere near. It’s not quite what I expected but I don’t think that’s a bad thing. If I’d known then what I know now, I wouldn’t have assumed that to be the case. But some things are as I imagined, it comes back to that freedom thing. When you’re 21, you can’t wait to leave home. Then when I could, it was scary. Now that I am 30, ten years on, I’ve finally started enjoying the freedom I wanted. I love that I can just go on a plane and go anywhere in the world that interests me. Talk to strangers if I feel like it, or talk to no one at all.

What is your greatest hope for the future?

Over the past few years, it feels like we have been on a bit of a downer. I feel like the world has got worse. We, as humans, have proven ourselves to be fairly cyclical in the way we do things. The way we destroy things, in attitudes towards our fellow humans when it comes to war and the environment. My hope is that we get a bit of a kick up the arse and start to be a little kinder to each other. It doesn’t feel like the world is as kind as it should be right now, and I know we’ve got it in us.

“Talk to more people about how you feel, because chances are they feel it too. And you’ll feel less alone because of it.”

What are the biggest challenges facing women in society right now?

It felt like we were making good progress. My worry now is that the reclaiming or the misappropriation of words like “feminist and “woke” is that people are seeing it as a negative to want progress. The challenge is the weaponisation of what is supposed to be a very positive fight for change. I don’t understand how we’ve got to the point where that is seen as negative by some swathes of society. My worry is that we’re going backwards but using our own ammunition. I just hope people can see positive change for what it is.

We love to shamelessly embrace our guilty pleasures, what’s yours?

I never think about anything as guilty. I just think, well I like doing this! But me and my friends will often spend afternoons drinking prosecco and watching Step Up films 1, 2 and 3.

What are you currently reading?

I just finished Bernardine Evaristo’s Girl, Woman, Other. Oh. My. Gosh. It’s so brilliant. She writes with this exuberance that I’ve not really ever seen on the page before. You so easily follow on from chapter to chapter and you’re excited to know what is going to happen and how she’s going to weave that one character into the next one. All these descriptions of black women, of women of colour, the way she’s managed to describe the multifaceted nature of their identities in a way that I would never have thought to. She picks out so much, obviously our identities are infinite, but she truly exhibits that in her words. It’s like she just understands. It’s brilliant.

Give Vick a follow on Insta. Photo by Joe Magowan