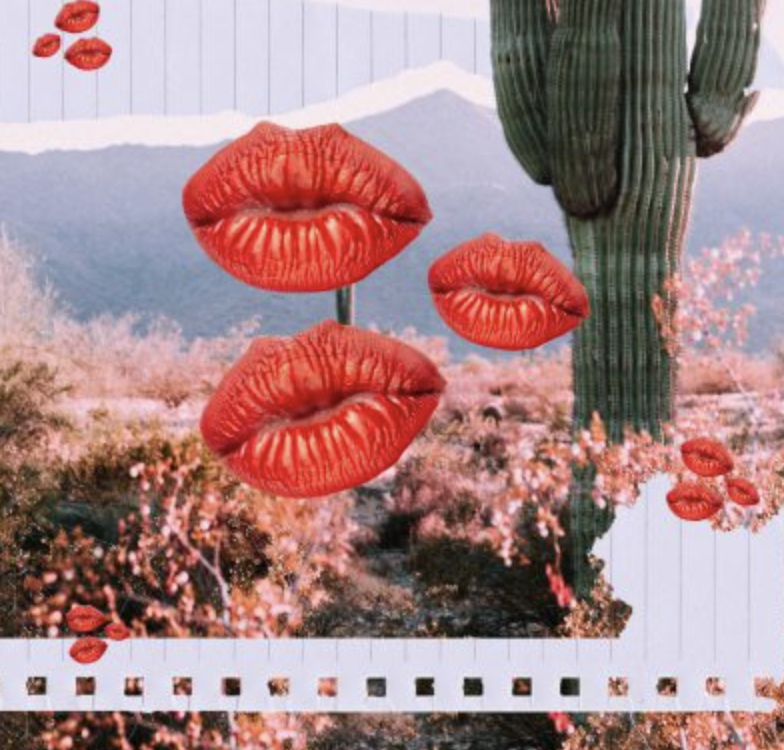 “I’ve booked the tickets – I’m coming to visit you” Dee texted me. The day that we talked about so often was finally coming. I had met her on a work placement in France, and for six months we were colleagues, good friends, and eventually occasional lovers. Meanwhile, back in the UK, my boyfriend was waiting for me to come home, and probably having sexy adventures of his own.

Jay and I have been a couple for almost three years. We share a flat, a love for music and a dream of one day sharing custody of half a dozen cats. We love each other dearly, and we also have sex with other people. Our relationship was open from the very start: I told him in the first week of dating that I am bisexual and non-monogamous. It was my identity, one that I discovered gradually, after much confusion, heartbreak and inner struggle with what I saw, for the greater part of my adult life, as ‘unnatural urges’. I told him that and he accepted me without question, and without trying to convince me I was wrong. In a society where fidelity and exclusivity are the long-established norm, it is hard to find someone who is understanding and does not regard you as a deviant who wants to have their cake and eat it, too. But we made it work; we revisited our arrangement regularly, checking that we are still happy and satisfied, glad to see that every time our relationship evolved and our love grew, just as it would have for any other couple.

We had talked a few times about bringing someone else into our bedroom, experiencing the thrill of a new person together. We were not going to go out of our way to achieve it, but we were open to the experience when it would come, if it would come naturally. I had also talked it over with Dee, after one of our late-night French sessions. Single, beautiful, bi and eager, I had found the elusive unicorn. We decided we would meet in my British hometown, see what chemistry there was between all of us, and take it from there.

She arrived, and I spent the next few days hanging out, showing her around a new city and allowing her and Jay to interact and get to know each other. It might sound funny to some, how I was hoping that my partner would be attracted to a different woman, how I was happy to see them spend time with each other and get along – but I was. I still remember the night it all kicked off, as we had wine together, all three of us huddled up on the bed. When the tension and the expectation hung in the air, and it was painfully obvious where the evening was going, Jay asked: “Is everyone absolutely okay with what is about to happen?”. I remember how delighted I was with this active, verbal seeking of consent. It made me love him even more.

In popular culture, threesomes are often portrayed as a male fantasy, an achievement that would offer a man bragging rights and legendstatus among his friends: ‘conquering’ two women at once, two women who are there for his sexual gratification, a scene played out for the benefit of the straight guy. In reality, it was an experience that we all enjoyed equally, a night of excitement during which attention was divided fairly by three and nobody felt left out. I was watching my partner of three years kiss and touch a different person, and I felt not an ounce of jealousy, only amazement at the sheer luck that I had to be sharing a bed with two of the most attractive people I had ever seen.

Nobody tells you what happens after a threesome; perhaps many people assume it is a time of awkwardness and shame. Nobody tells you that it can actually mean fixing a snack and watching Game of Thrones together. Later, over the following days, it was a time of communication: talking to him and to her, expressing our thoughts and feelings, making sure we were all comfortable with everything. Not only through this particular episode, but throughout our entire relationship, communication was the vital factor that nurtured our connection and strengthened our romantic commitment, even without sexual faithfulness. Sex is fun and enjoyable, we both believe, be it just the two of us or with others – so long as these others were aware of the situation and just as willing to be part of it.

It’s been a little while since Dee’s trip, and Jay and I are happily minding our own while also looking forward to another visit, this time on her turf. If our relationship changed in any way, it must be only for the better – but the morning coffees, the lazy evenings in front of the TV and the daily affection we are used to expressing are all the same. Above all, what unites us are two of the most important qualities a relationship can have: love and trust. While they are plentiful, we will go on enjoying everything life can throw at us, together.