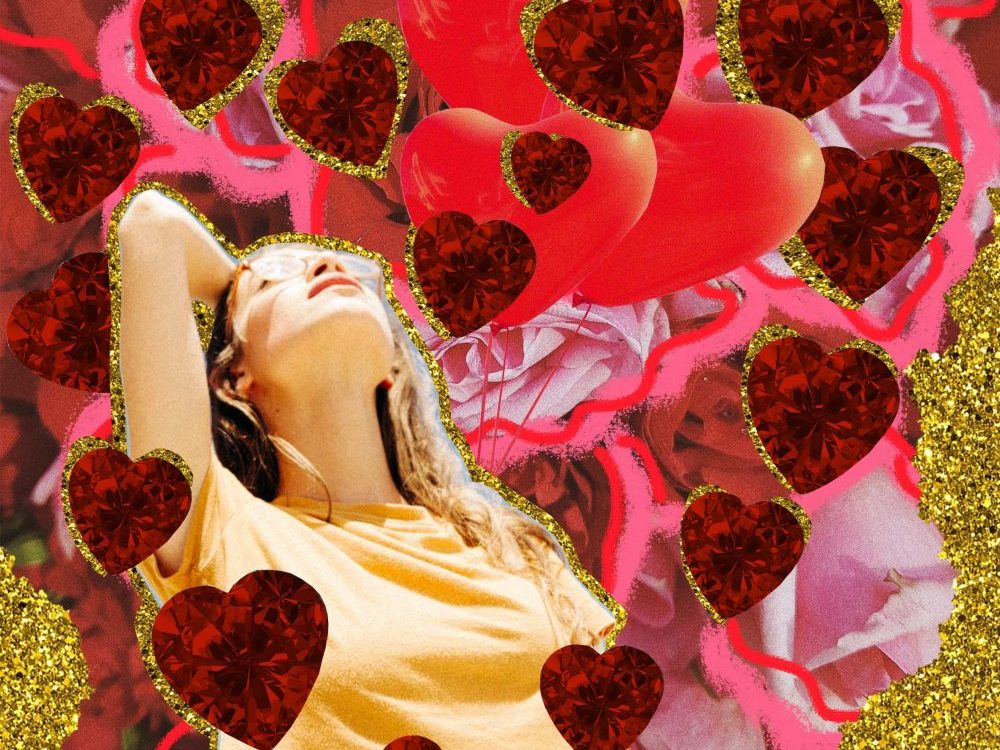 “Girlfriend”, “partner”, “other half”, is the language of love outdated?

What do we call the person (or persons) we’re in a relationship with? There are hundreds of options but none of them seem to fit just right. ‘Girlfriend’ is too juvenile, ‘partner’ suggests we could be cowboys (amazing, but inaccurate), and ‘boo’ is just too embarrassing to say in front of other people.

Joking aside, the language of love is perhaps outdated for how the dynamics of a modern relationship work. Our language options for labelling our relationships exclude a lot of people, such as gender non-conforming folk, those of other queer identities, and, in some cases, elderly or polyamorous people.

Hannah, 22, is a bisexual woman in a relationship with a straight, cis-gendered man. She says that she feels her own queer identity is erased when using words like ‘boyfriend’. “Although he is my boyfriend, it feels like I’m perpetrating my own bi-erasure when I call him that.” Using words like ‘partner’ makes Hannah feel like she still has ownership of her queer identity while talking about him. It’s also a subtle hint to those she’s conversing with that she’s not straight, despite having a male partner. “There have been disappointing moments where fellow queer people have assumed I’m straight when I say ‘boyfriend’, so I’ve stopped saying it.”

“Although he is my boyfriend, it feels like I’m perpetrating my own bi-erasure when I call him that.”

Kara, 29, agrees, and always uses ‘partner’ as she fears saying ‘husband’ conceals her queer identity. However, there are also discomforts with this term. For a long time, ‘partner’ was used as a phrase to conceal homosexuality in certain social settings or workplaces. In the early 90s, before LGBTQ+ acceptance was improved, describing someone you’re in a relationship who’s the same sex as ‘partner’ was a way to talk about them freely in “risky environments” like the workplace without revealing queerness.

Jesse Sheidlower is author of The F Word and is a professor of language, having worked in lexicography for a number of decades. As former Principal Editor of the Oxford English Dictionary, Sheidlower offered his expertise to the role of the dictionary in making language inclusive, and how lexical choices serve our relationships.

Sheidlower reveals that although certain groups and communities of people may feel shunned by language when it comes to describing certain relationships, we can rest-assured that the problem is much less huge than it used to be, and that we’re likely to have an abundance of language to describe relationships that are queer, polyamorous, and more.

He explains that husband, wife, or spouse seem to be the most frequently used words to describe ‘significant others’ but the terms come with reminders that LGBTQ+ folk were once not allowed to marry (and still can’t in some locations). It’s still laced with an element of exclusion. “There is a serious need for identifying, signifying labels,” he confirms.

When I asked Sheidlower if there’s a definitive word for a significant other that’s gender neutral, he said, “Partner is the one word, but the connotations of homosexuality make some straight people uncomfortable to use it. It can also conflict with business partner, and there’s a suggestion it’s a steppingstone towards marriage.”

“A lot of the language around relationships suggests there is only one person for any other person, forever. Things like ‘soulmates’, or even ‘partner’ have this implied notion of permanence.”

30-year-old Kirsty*, who is polyamorous, avoids using terms altogether. “A lot of the language around relationships suggests there is only one person for any other person, forever. Things like ‘soulmates’, or even ‘partner’ have this implied notion of permanence. To me, relationships are connections we make with people, and commitment is something you do every day by staying ‘together’. The idea that if this doesn’t last forever it’s somehow failure is baffling to me. While a lot of this relates to culture rather than language, I do think they are mutually propagating.” Kirsty believes she, and people similar to her, would benefit from more choice in terms.

Shiedlower suggests that many of these terms we crave may already exist but are used in exclusive communities. Citing the 2018 entrance of the word ‘woke’ into the dictionary, he explains that a word can be used for decades amongst particular circles (woke has been used by African Americans since the 70s but was brought into wide use through the internet) but only when it’s in frequent use, will it be recorded and considered ‘official’ language. Acknowledgment of language we use amongst one another can be achieved by continuing to spread awareness of certain relationships and identities.

According to sex and relationships journalist Franki Cookney, who is polyamorous, Sheidlower is right in believing ‘new language’ already exists for modern relationships amongst smaller circles.

“People talk about ‘primary’ and ‘secondary’ partners. And I’ve also heard ‘nesting’ partner (which means the person(s) you cohabit/share bills/possibly co-parent with). There’s also the term ‘metamour’ which refers to your partner’s partner, and ‘compersion’ refers to the feeling of joy or happiness for your partner’s happiness with their other partner(s).”

It’s likely that terms like these will enter mainstream use and be recorded in the dictionary – declaring it a part of English language and history. However, Cookney highlights that no matter how many languages we cultivate, there will still be crossover and words being used for multiple purposes, as that’s human nature. She adds, “None of this is infallible. People still use these terms in different ways. What a word means to one person won’t be the same as what it means to someone else and that’s okay!”

As 2019 concluded, Marian Webster declared ‘they’ as word of the year, following ‘they/them’ being entered into the dictionary as a pronoun for those identifying non-binary.

The beautiful thing about language, as Shiedlower tells me, is there are no gatekeepers. As 2019 concluded, Marian Webster declared ‘they’ their word of the year, following ‘they/them’ being entered into the dictionary as a pronoun for those identifying non-binary. Shiedlower explains that this selection saw outrage, ridiculously, from anti-trans groups. “Dictionaries are apolitical; they cannot and do not act based on social or political alignment. Dictionaries have a responsibility to reflect modern language. They don’t coin words in case they become useful, and do not remove words that become out of use or are offensive.” Even upsetting words like the ‘f’ word have remained in the dictionary (much to some’s dismay), but the dictionary is there to record, not revolutionise. This means that if any words we choose to use for our partners catch on and become widespread, they’ll enter the dictionary regardless of any potential complaints.

Sheidlower adds, “The more awareness we spread around alternative and queer relationships, especially in this area of gender neutrality, the more language we’ll eventually have available to us.” Those of us in the LGBTQ+ and poly communities can look forward to the day where the language of our subcultures evolves the mainstream. I’m ready to receive an abundance of new, available language, and I’m excited to see how we all use it.

*Name has been changed to protect the identity of contributor