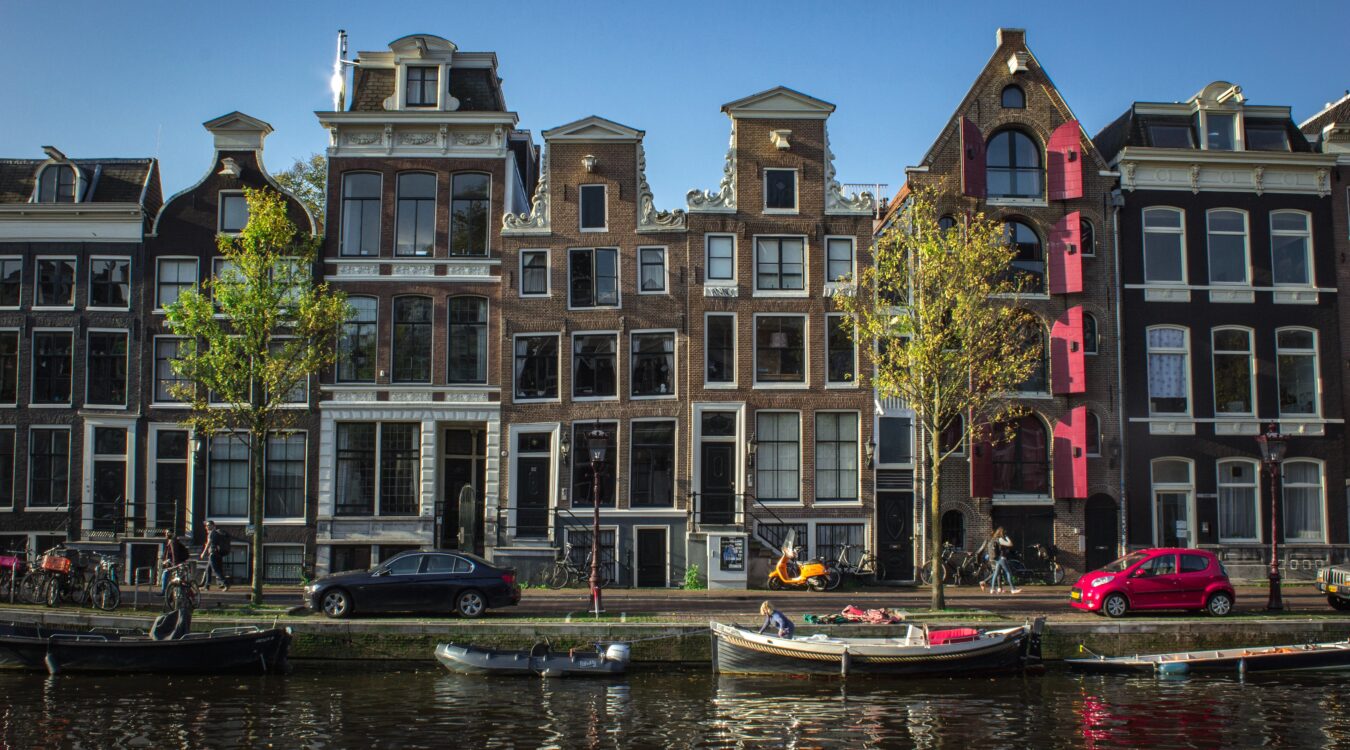 Sex Ed and The City

It’s no secret that Amsterdam is a hedonist’s paradise, a city where sex is paraded licitly and shamelessly. Sex workers have been legally plying their trade since 1811, and brothels must hold a license and pay taxes. There’s even a trade union equilavent for sex workers, called The Red Thread (De Rode Draad), which technically went bankrupt a few years ago, but still operates thanks to volunteers. The reality of prostitution in Amsterdam, however, is that over half of the 200,000 people who visit Amsterdam’s Red Light District annually are tourists, and for the average resident, the sex trade is not something you’re confronted with on a regular basis. As a Brit living in Amsterdam, I wanted to find out how far the country’s liberal attitude towards sex actually translates in society.

It all begins at school, where children are taught about sex at the age of four (yes, really). The national science museum, frequented by families with children, features a permanent exhibition about ‘Teen Facts’, replete with diagrams from the Kama Sutra, novelty condoms, and videos of people having orgasms – you have to be 12 years old to enter this room. Rather than leaving kids confused, as one might anticipate, this liberal attitude has a positive effect. The Netherlands boasts some of the lowest rates of teen pregnancy rates in the world, and young people account for only 10% of new STI cases each year, compared with 25% in the United States.

These benefits continue into late teens and early 20s: a 2017 national survey of sexual activity amongst under-25s found that 94% of young men and 90% of young women find sex enjoyable. The report also found that young people of all genders are prioritising their partner’s pleasure more than they were five years previously, correlating with a rise in sexual pleasure. Anecdotal evidence gathered from my friends also shows girls seek and enjoy one night stands just as much as the guys. Whatever your ‘number’ happens to be – whether it’s 2 or 72 – no one bats an eyelid.

The Netherlands is by no means perfect when it comes to attitudes towards women. Two years ago, a video made by student, Milou Deelen, about her experience with slut-shaming went viral. In the aftermath, Milou received countless horrendous messages on social media – the death threats that usually follow when a woman speaks out against sexual harassment. Since then, Milou has been all over the Dutch media and has carved a career for herself as a journalist focusing on feminist issues. She’s discussed how men should pay their fair share of contraceptive costs, and her experience of street harassment and upskirting. A poster girl for Dutch women, Milou proves that even in a country as outspokenly liberal and forward-thinking as the Netherlands, sexism still permeates society and has yet to be fully stamped out.

LGBTI sex education is still lacking in high schools, too. But focusing on the positive, what can we in Europe and the US learn from Dutch attitudes to sex? We need to start young. Teaching kids about their bodies and sexuality from a young age spares the giggles and awkwardness in health class when the teenage years hit and they actually need the information they’re getting. Fostering communication should also be encouraged. Whether it’s between sexual partners discussing the costs of the coil – both financial and physical – or parents encouraging their teens to visit the STI clinic, being open and unafraid to discuss issues relating to your sexual health is vital. As uncomfortable as it might feel if you haven’t been brought up that way, discussing these issues with your male friends as well as your female friends will also help men to better understand the female experience, making them more considerate and compassionate. If we want to reach gender equality in sex any time soon, we need to shake off societal taboos, learn from each other’s experiences, and become a bit more Dutch.