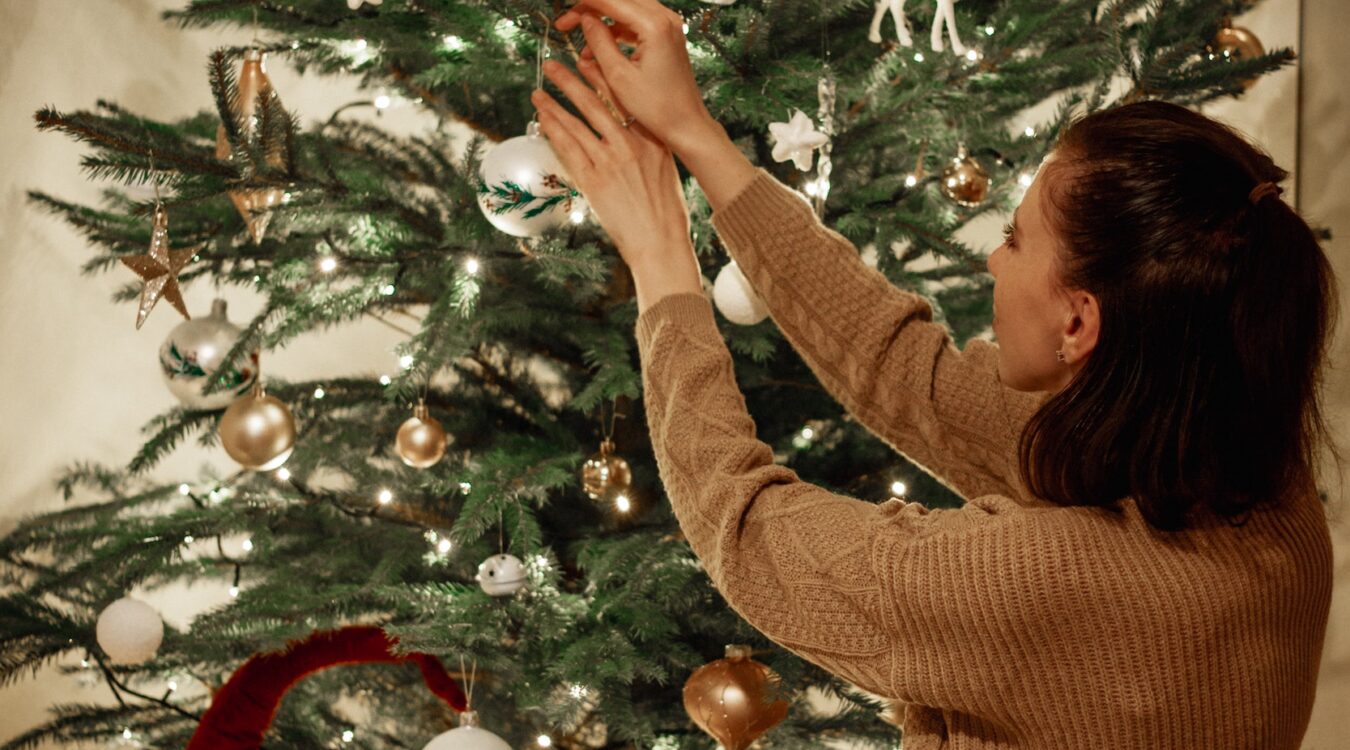 The holiday season brings about unrealistic expectations for romance

I was thirteen years old when I watched “A Boyfriend for Christmas” on the Hallmark Channel for the first time. I was at my childhood best friend’s house for a sleepover and was the only one awake. For an hour and a half, I watched as Holly, a thirteen-year-old, like me, wished for a boyfriend for Christmas. Twenty years later, Holly receives a knock at her door on Christmas morning. It’s a Christmas tree being delivered by a man named Ryan. And the rest is Hallmark movie history.

I’ve watched it every year since hoping for a Christmas miracle that romantic. Even when I was partnered, I wanted more romance. I wanted my life to look like a holiday movie, the ones we’re inundated with on nearly every channel for months on end. I wanted the mistletoe and carriage rides out in the snow. I wanted the hot cocoa by the fire.

It’s nighttime, the two main characters are in a quarrel, holiday lights and glistening snow illuminate dark streets, and one finally screams, “The reason I’m being the worst is because I love you!” And the other is like, “Jenna, I’ve loved you since preschool!” And then they kiss, a reindeer winks at the camera, breaking the fourth wall and our hearts all at once, and they live happily ever after in a town called Gingerbread.

I wanted that. All of it. And every year, like clockwork, I find myself wanting it again.

The holidays just seem better when you have a partner, don’t they? That’s how they’re made to appear in movies, commercials, in songs. There’s this notion that the holidays can only be enjoyed to the fullest if you have someone special to share them with, and despite knowing that that isn’t true, I still fall victim to it every year.

The holidays just seem better when you have a partner, don’t they?

As soon as December rolls around, I hope that something magical will happen – touching hands with a stranger as we both reach for our peppermint mocha; falling in love with a man dressed as an elf, thus becoming an elf myself; getting kissed under the mistletoe and riding off on Santa’s sleigh, because, surprise, I kissed Santa.

It’s a vicious cycle; a hamster wheel of red and green that I willingly hop onto in December, fly off of twenty-five days later, only to come crashing down into a bundle of old holly on New Year’s Eve. Alone. Even when I was partnered, I still felt alone, because the expectations I have surrounding the holidays are unrealistic.

The expectations I have surrounding the holidays are unrealistic.

There. I said it.

And perhaps they’re unrealistic for you, too. But it isn’t our fault completely.

Firstly, we’ll never ride off into the actual night sky on the back of a reindeer and soar over the Empire State Building with a hunky man named Chris. We just won’t. Secondly, everything about the holidays can be tied back to some sort of money-making ploy. Thirdly, the quicker we drop the idea that the holidays can only be enjoyed to the fullest if we’re partnered, the quicker we can get started on our boozy eggnog and cookie-decorating shenanigans, either with our best girlfriends, or even by ourselves. Because, even when we are alone, we are still in good company and should not wait for someone else to come along before we live our lives. You feel?

I started doing that this year – living and doing what I wanted by myself.

And you want to know the truth?

And just because it’s December, and just because I’m single, does not mean that these acts of love and care I am giving to myself now will cease. And they shouldn’t for you either. This holiday season, I’ve baked cookies solo, I’ve watched holiday movies solo, I’ve jammed out to the holiday radio station in my car while running errands solo, I’ve Christmas shopped solo. I even decorated my Christmas tree alone. All by my damn self. I made a night of it with wine, gingerbread, and holiday movies on in the background, all while wearing my new fuzzy socks with the trees on them.

I absolutely loved it.

I had this moment where I thought, “Oh my god, being single does not hold me back from anything.” And the best part is that I believed it. I want that for you, too. All of you singles out there or coupled folks who still long for more. Whatever you want, you can have – a magical Christmas included.

I had this moment where I thought, “Oh my god, being single does not hold me back from anything.” And the best part is that I believed it.

This year has been different to say the least. It’s been a year of exponential growth and isolation, a year of challenges and choices, a year of reflection. It’s changed me to my core, and I think that rings true for a lot of people out there. Something that’s been the most valuable lesson learned is that I no longer feel pity for being single, especially during the holidays, and I no longer allow my former unrealistic expectations dictate how I live my life.

My life is full. A partner would just be the second star atop the tree (because there already is a star – me).

I’ve spent far too many years pining over movie shit and feeling sorry for myself. I’m over it. I’m done. Does falling in love during the holiday seem ultra-romantic? Yes, it does. Is snuggling up by a fire with someone you love super special? Yeah, it is. Will it be lovely to decorate a Christmas tree with a partner that I love and respect and who loves and respects me too someday? Of course.

But they can find me. I’m too busy decking my own halls and rocking around my Christmas tree.

They can find me.

And if they happen to find me on Christmas morning by knocking on my front door delivering a Christmas tree, I won’t be mad at it, even if it’s totally, completely, and impossibly unrealistic.

Especially when you create them yourself.