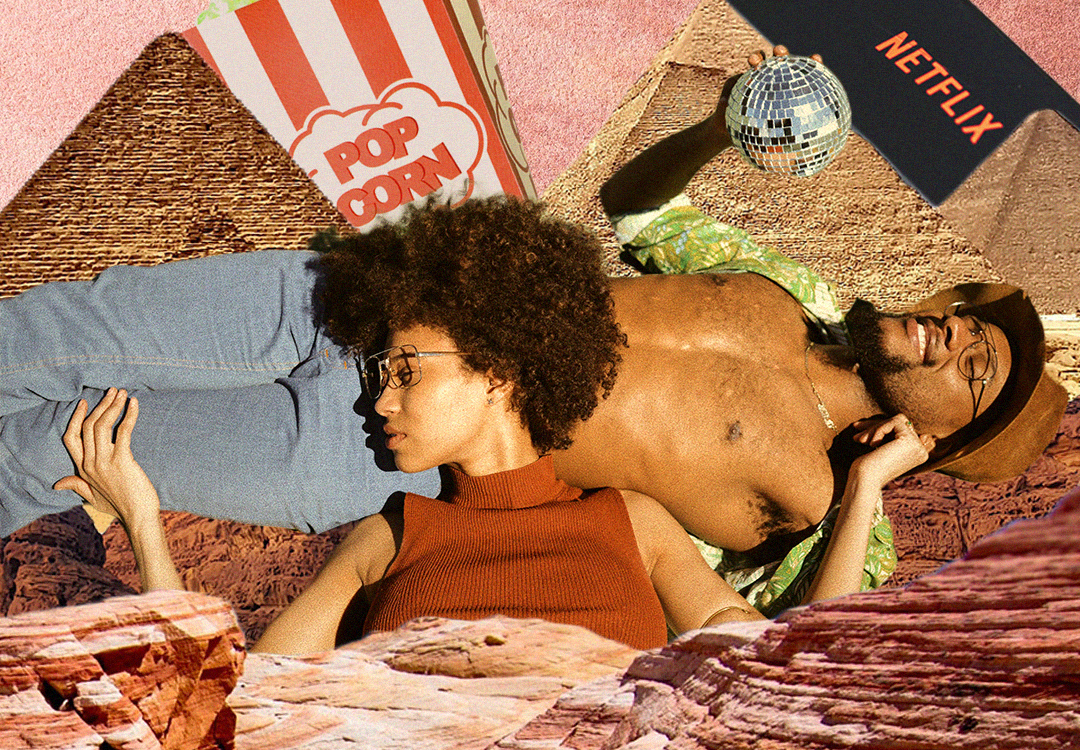 The Revolutionary Rise of Situationships

“Do I want a boyfriend? Yes. Do I want to be in a relationship? Absolutely not.” So goes the new TikTok trend, which sees mostly heterosexual women confidently miming the words direct to camera. With thousands of shares, the audio speaks to a disillusionment with traditional dating structures that I very much relate to, and hints at the possibility that lies between those two things.

To be honest, it doesn’t surprise me at all that the term ‘relationship’, with all its connotations, is increasingly off-putting to a new generation of women. I’ve been joking about my commitment phobia for a few years now, but I’m realizing it’s not the commitment I’m phobic of, but all that traditionally comes with it. It’s reassuring to know I’m far from the only one to feel this way.

As sex-health educator Angelica Lindsey-Ali tells me, “I’ve been talking to a lot of younger women about their rush to not be tethered to a partner, especially in heterosexual relationships. I think what we have seen from past generations is a lot of women – our grandmothers, our mothers, our aunts – being saddled with the emotional labor, [and] sometimes the financial and intellectual labor of keeping a relationship viable. The modern-day woman is not willing to have that loss of benefit in exchange for just being with a partner.” But that’s not to say that we don’t still want at least some of what a ‘boyfriend’ can bring to the table.

To that end, I’ve been in a situationship for a few years and it feels very much like having my cake and eating it, too. At first, the setup allowed me to flex my ability to have my sexual needs met, outside of the confines of a long-term relationship, something I was previously unable to do. But as the years ticked on, I’ve found that it has fulfilled my other needs for intimacy too, not least mutual respect, friendship, a basic level of kindness and care, and regard for each other’s wellbeing. And all without placing undue demands on each other’s time or emotions. Learning that this is possible has felt like my own personal revolution.

I know many women that have been in similar situations, either past or present. That many of us are entering into non-traditional setups that provide us with a degree of intimacy, while allowing us to retain our independence and eschew the blueprint, suggests that what we’re really after when we say we want a boyfriend but not a relationship, is the ability to redefine what a relationship is, and our roles within one. That we want intimacy, connection, sex and love, without sacrificing our hard-won freedoms, independence and happiness in the ways we’ve traditionally needed to.

After decades of girl power messaging and the rise of single positivity, women have more options of relationship models, and examples of what a happy, fulfilled life can look like, than ever before, and are increasingly empowered to make those choices. With more people living alone, and fewer women in England and Wales married than at any point in history, it seems like the stigma around being single has been replaced with a celebration of independence and a fear that this is incompatible with being in a relationship.

In truth, with traditional setups often hailed as all-encompassing and co-dependent, and women so often taught to place a man’s needs before our own, many women fall victim to losing themselves when in a relationship. I have been them. But that so many of us have been made to feel like it can only ever be one or the other is indicative of how much a change is needed, and of just how much needs to change.

Situationships are, by definition, simple, and carry with them far less expectation – both on ourselves, and on the other person. As Sarah, a 27-year-old based in London who has recently secured a friends-with-benefits posits, “As soon as you put a name on it, something shifts.” That something being, in part, how we ourselves behave, but also in the expectations of how the other person should be. Part of the appeal, then, is that without the blueprint and the expectations that come with it, there is less room to be disappointed and more room to be pleasantly surprised.

Some people will no doubt want to say that this is a result of the paradox of choice that afflicts our generation, and perhaps to some extent they’re right. But I think this speaks more to the desire for simplicity that modern day dating just doesn’t seem to offer. From ‘ghosting’ to ‘breadcrumbing’ and endlessly so on, a battery of new terms has arisen that demonstrate just how tedious and soul-destroying the whole thing can be. What’s more, as Lindsey-Ali put it, for some, this loss of benefit just doesn’t feel like it matches up to what is being gained.

Of course, that’s not to say that even the most casual setups don’t require some degree of hard work, or that they protect from the pain intimacy opens us up to. But because they, by definition, have no rules, it gives way for us to be able to construct a setup that works for all involved, rather than mindlessly falling into traditional relationship patterns, with all the expectations and connotations that come with that.

Some people may read this and lament the rise of emotional unavailability or say that romance is dead, but I would argue it’s in fact the opposite. What it means is that we want intimacy, but we want it on our own, more equal terms. That we want interdependence, not co-dependence, and that we want it to be serving all involved. Surely that’s a better foundation?

As Rebecca Traister, author of All the Single Ladies, tells me, it’s these sorts of challenges that can save hetero coupling and make it more egalitarian. If left unchallenged, she says, these kinds of pairings will only become less and less appealing to women.