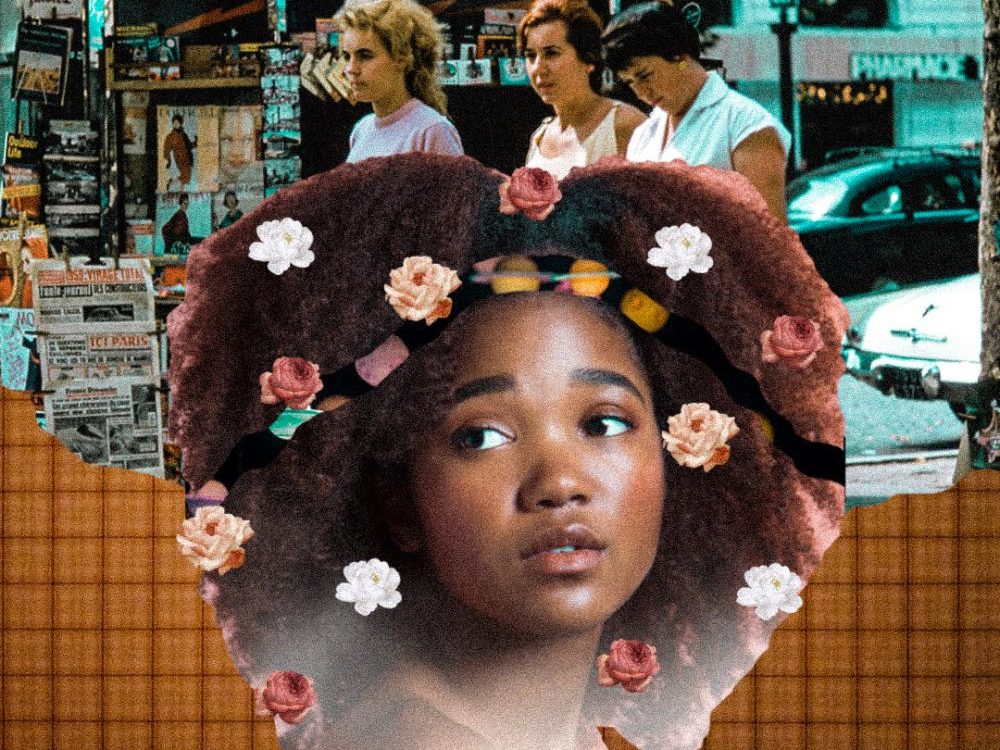 A Tale of Two Textures

Gemma Doswell gets honest about her relationship with afro hair

Last year, I worked with an uncompromising racist.

“It’s really weird,” she confided in me, sharing her views on curly hair. “It freaks me out. How do you brush it? How do you comb it? It feels like water should just bounce off it.”

When prompted by HR to apologise, she clarified, “I’m really sorry. Hair like that just kind of rings alarm bells in me.”

Luckily, this exchange came after a reconciliation between my hair and me. After 25 long years of mutual abuse, we finally found our footing on the same page. I did, however, reflect on the impact that this comment could have had if made a few years earlier when my relationship with my afro curls was, at best, strained.

I grew up in the 90s, a period during which mixed-race hairstyling inspiration was a myth. This was exacerbated by my private school which, in the 15 years that I attended, never had a black or mixed-race teacher or more than a handful of mixed-race students at any one time. We had one black dinner lady.

This may seem surprising, but it wasn’t. It was what David Foster Wallace would have described as “water”. Like a fish doesn’t complain about being wet, there was so little awareness about the lack of representation that it wasn’t a point of concern. It was a calm reality.

At school, I was aware that there was a difference between me and the other girls, but it didn’t feel unfair. I thought of everyone else as being other, and as something to either aspire to or accept. It wasn’t frustrating, for instance, that the (very few) boys that we knew during school weren’t interested in me. My hair was too outrageous and I couldn’t make it look ‘normal’, despite hours of straightening, so I decided that boys and I probably wouldn’t be a thing until I found a more permanent solution.

Looking back, it’s laughable that I attributed this to my hair and not instead, to my crippling shyness, heavy metal braces or the fact that I didn’t know what phallic meant. But of course, hindsight is a useless tool. By the time I went to university, I was so entrenched in the view that my hair prevented me from being looked at as an object of desire that if someone paid me any attention, I generally assumed it was a joke.

Although it would be easy to blame school for my uneven footing, I think that the issue is wider-reaching.

Beyond straight-to-video films like You Got Served, a couple of 50 Cent videos, Adele from Tracey Beaker and UK-aired US sitcoms like My Wife and Kids – for which you needed cable TV – mixed-race representation in popular culture has been limited. Even within these small corners, mixed-race characters either had straight hair or what I would have described (bitterly) as ‘manageable’ curls.

Then there were weaves and wigs i.e. Beyonce’s hair in Crazy in Love. Not understanding the prevalence of weaves and wigs in celebrity culture or being able to identify when one is being worn can be dangerous. It skewed my understanding of what could be achieved with my afro hair and, more damaging still, it skewed my (and I assume others’) perception of “natural” beauty among black or mixed-race women.

An important factor in the skewed perception of “natural” beauty is that it’s largely unachievable when working with actual natural afro hair.

When I straightened my hair, I paid roughly £125 per haircut. Still today, I pay £60 for a trim. And until fairly recently, high street pharmacies didn’t stock afro products. Curl mousse meant caucasian curls; frizz cream meant wisps, not coils. As with my logic at school, I put this down to being ‘water’. But it’s not.

I learned last year that training hairdressers are offered to train in afro hair as an optional extra. And despite the more tangible damage done by my previous 27 years, this was the first discovery that irritated me.

As a mixed-race woman, my aspiration of beauty for years was long, straight, Crazy in Love Beyonce hair. But I couldn’t achieve her look because it was too expensive to maintain, I didn’t have access to the right hair products and, critically, Queen Bey was wearing a wig. The representation of black or mixed-race beauty was, therefore, not just limited but it was completely unachievable for me, a mixed-race woman.

The fruits of representation

YouTube is a positive tool. It’s given us not only a deconstruction of everything boxed but we can share tips, discuss products, washing routines, DIY care etc. In fact, social media platforms have wonderfully contributed to a wider understanding and exposure to different hair types.

For years, I straightened my hair, frying it to the point of flames. After that, I relaxed it. (For anyone unsure, relaxing is chemical straightening – and it burns.) After the relaxer, I went back to straightening but this time with a twist. Hair dye. I tried the Yonce blonde (a lapse in judgement), then the Rihanna bright red (also bad), Brandy braids (I looked like Coolio), a fringe (no words), an afro held together with clips (the clips broke), the list goes on. In all, it took 28 years to feel confident enough to wear my hair in its full natural glory.

If I’d had resources like YouTube or Instagram, my confidence with natural hair might have come earlier. But the lack of social media wasn’t the only problem. It was the language surrounding hair: shampoo “for normal hair”; the “urgh, why is it greasy?”; the people asking to touch, like afro hair is an exhibit. In the UK, we’ve long projected that afro hair is outside the norm – and I’m certain that if my former colleague had shared her views with me while I was at school, I would have believed her.

I’m still not sure that we’re in the ‘water’ that we deserve for 2020, but the tide has changed at least. My parting advice would be if you feel the urge to tell someone with afro hair that they should try straightening, stop. Irrespective of your intentions, it’s as insensitive as telling someone to wear more makeup.

Straightening afro hair is an (often arduous) choice. It is not a prerequisite for beauty.