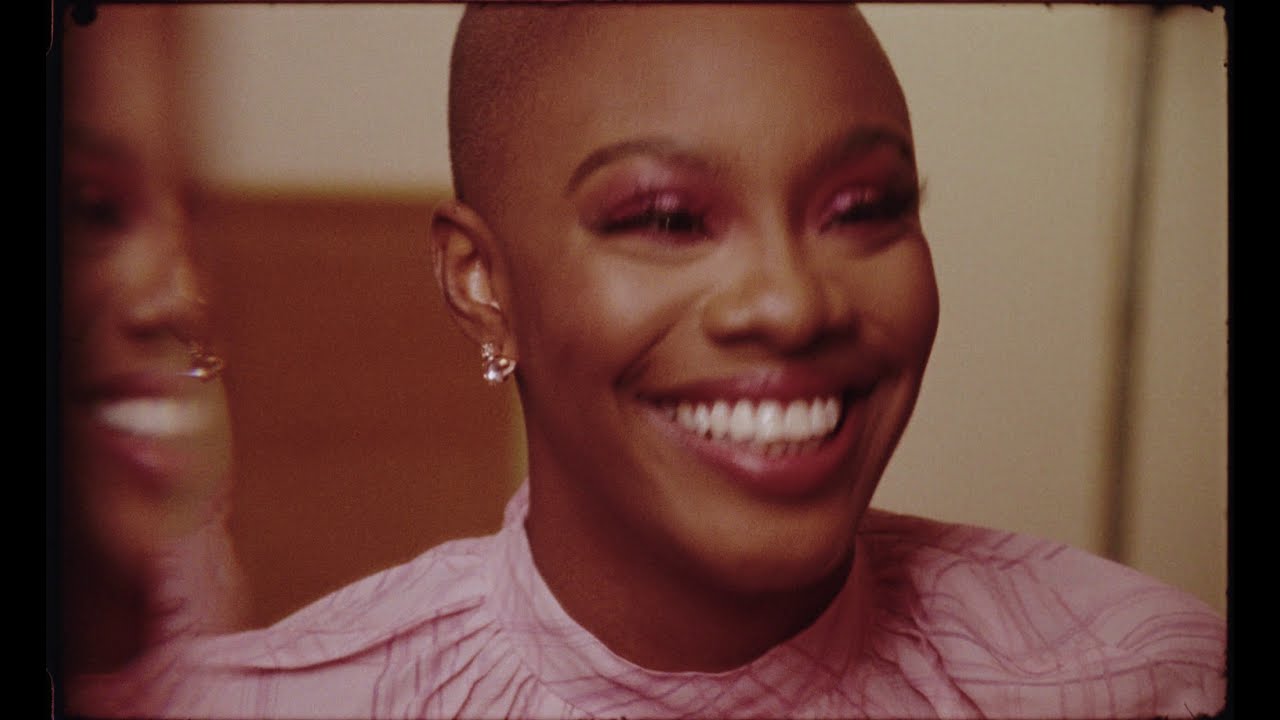 “We’re taught that the fairer you are, the more attractive you are”

Beauty has come a long way for Black women. Any Black girl similar in age to me in the U.K will remember the struggles we faced when trying to find appropriate makeup shades to wear. Many Black women didn’t even attempt to get into makeup as the representation for us was so limited. Now I’m in awe when I pop into high-street retailers such as Boots and Superdrug as I’m able to find beauty products relevant to me.

This is why Sleek’s new beauty campaign with Yomi Adegoke is way overdue. Sleek has been championing the beauty of Black women since the ’80s. Founded in East London, Sleek was one of the first British brands that created products for all skin tones. Yomi appears in Sleek Makeup’s new #IAmDivine campaign, which also features queer creative, writer, performer, and LGBTQ+ advocate Darkwah Keyi-Darkwah and financial wellness coach Bola Sol. Yomi is a British journalist who is known predominantly for her first book Slay In Your Lane, co-written with Elizabeth Uviebinené. She also has a second book titled Loud Black Girls, which was released this year.

I spoke to Yomi Adegoke about beauty standards, the way makeup has evolved for Black women in the U.K, and the importance of Black women owning their beauty.

Every makeup lover remembers the excitement they felt when they started playing around with their first set of beauty products. For me, eyeliner was my go-to, and I wouldn’t leave my house without it. Getting into eye makeup first wasn’t an intentional thought but it might have been an unconscious one. It was pretty much impossible for myself and other Black women to find makeup products that matched our skin tone. For Yomi, this deterred her from getting into makeup at a young age.

It was pretty much impossible for myself and other Black women to find makeup products that matched our skin tone.

“I properly started wearing makeup in my very late teens, around the age of nineteen or twenty,” said Yomi. “I always say that there are two categories of Black girls in the U.K. when it comes to makeup: girls like me that made the most of what there was by using products like Maybelline’s Dream Matte Mousse and the other Black girls who didn’t bother wearing makeup as there weren’t many options.”

As Yomi said, the options in the high-street were extremely limiting. I remember getting my first foundation at the age of sixteen, which was a MAC foundation, one of the few brands that had my shade.

My Black peers and I had to utilize Black hair shops for makeup, as these were the only few places where we could find products made for us. This also meant that we were playing catch up when it came to makeup skills while our white peers were able to hone their makeup skills much earlier than us, because they had an unlimited amount of makeup products to choose from. Before the rise of Black YouTubers and beauty bloggers, most Black women were completely unaware of how to do makeup.

“All the white girls in my school wore makeup and became quite good at doing it at an early age. I only perfected winged eyeliner in my mid-twenties,” said Yomi. “Even things like having the knowledge of which lipsticks shades are the most flattering and lip liner, I didn’t have. When I went into Superdrug when I was younger, there was usually only one shade for us, so you’d have Black girls from all across the shade spectrum using the same foundation color. Now, things have changed, and we have variety and options.”

Though we’ve now seen the beauty world change and become more inclusive for Black women, the relationship we have with beauty is still a complicated one. From a young age, we’ve been taught that our beauty is below standard and we’re continuously being compared to European ideals of beauty. Whether this is our hair, body shape, or even our lips, over the years Black women have been taught that we aren’t beautiful.

We’re taught that the fairer you are, the more attractive you are.

“The relationship that Black women, in particular, have with beauty is important because I feel like so much of what we are taught about beauty is interpreted in direct opposition to what Black women are, and what Black women look like. So, even with hair, we’re taught the longer and sleeker it is, the better,” said Yomi. “We’re taught that the fairer you are, the more attractive you are. Being attractive is so heavily tied to whiteness, essentially, that the gauge of the beauty space is basically about emulating whiteness.”

And with issues such as cultural appropriation, it feels like it’s getting harder for Black women to tap into their beauty. As a Black girl with big lips, I remember getting picked on for the size of my lips. Fast forward a few years later, Kylie Jenner was being called a trendsetter for having larger lips. That felt like a huge insult to me and made me think that Black beauty will never be enough. It can be hard to see yourself as beautiful when the world is always trying to show you that you aren’t.

“As much as I appreciate cultural exchange when it’s respectful, I truly do understand that it is actually often triggering for Black women to see things that you are bullied for being celebrated on someone else,” said Yomi. “I had a friend who had big lips, and she said  that watching the lip filler trend take off was actually quite harrowing for her because she experienced so much negativity based on her lip size. So, I think that it can actually be very painful almost, and this is where the cultural conversation comes back. That’s why I think it’s very important that we lean into and celebrate things that we have, and take ownership of that. We shouldn’t have to wait for random publications to see us as fashionable to see the value in ourselves.”

It’s often hard to navigate beauty as a Black woman, and it’s easy to feel as if you’re not good enough. I’ve learned to ignore what society tells me is beautiful and focus more on how I see myself. You can’t control beauty standards, but you can control the way you see yourself.

Beauty is way more than the political side of it. I love makeup purely because it’s fun and it’s a form of self-care to me, and I think more Black women should start seeing it like that.

“I think Black women often feel insecure, as beauty is very much a symptom of a society that idealizes white beauty standards,”Yomi said. “What I think we have to do sometimes is unpack these feelings. You don’t like your nose… why don’t you like it? Is it because society has said that you shouldn’t? That’s why I think it’s something that we have to own and define in our own time, as hard as that is. We live in a world that continually tells us that we’re not good enough and we don’t look the right way, but I think if we can enjoy talking about beauty as a form of self-care, like it’s something we should have fun doing, it doesn’t always have to be a serious thing.”

More from Beauty , Self
See All