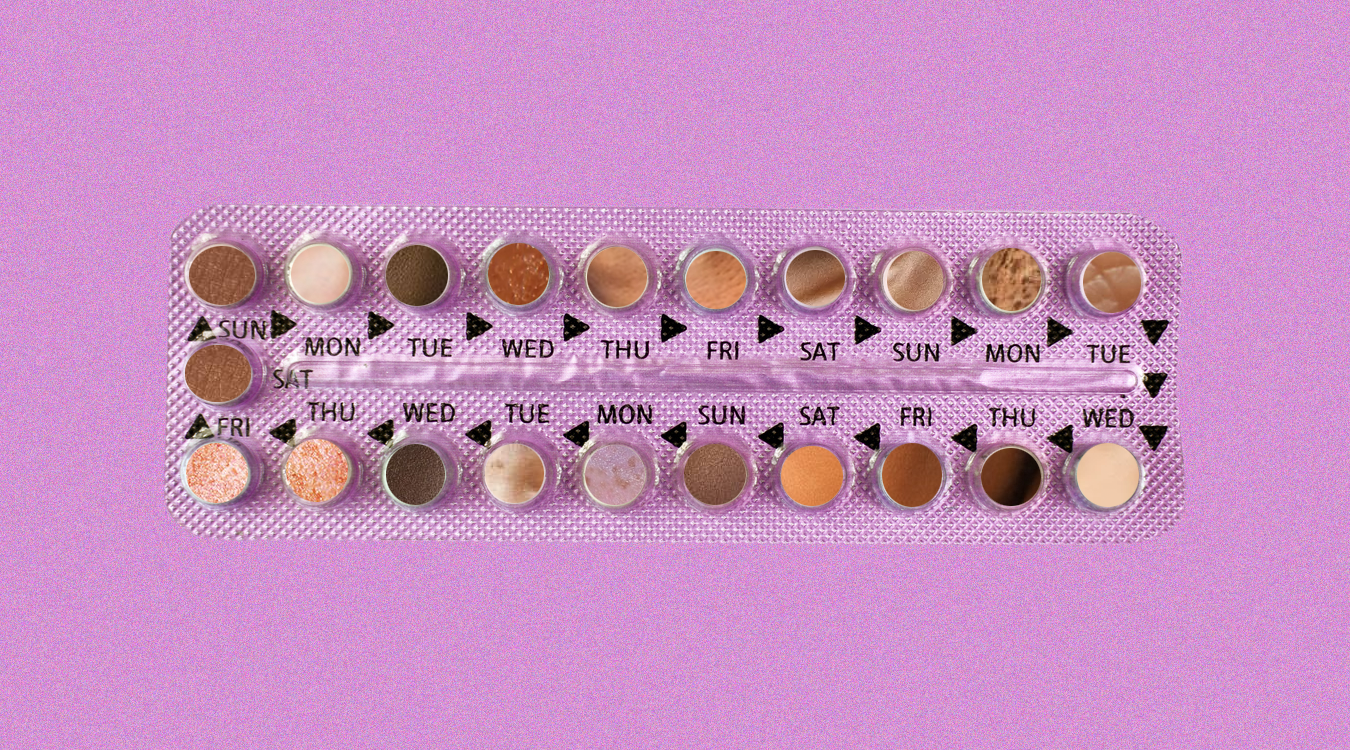 The Pill, Your Skin, and Hormonal Acne

When I was 14, I was prescribed the pill. I wasn’t sexually active, and I didn’t plan to be for a long time, so you might ask why I was taking a form of contraception. The answer was simple: I had acne.

I took Marvelon, a combined pill, for several years which seemed to help my skin, but the increased risk of blood clots led me to switch when I was 17. I moved onto Cilest, which uses a different combination formula, and all hell broke loose. My skin was better than ever, but it took several months for me to figure out that my newly-erratic behaviour, violent mood swings and deep depression had only started since I switched. When I stopped taking it was like a fog lifting. I could think straight for the first time in months, and I no longer felt like a stranger in my own body. I haven’t touched hormonal contraception since, despite my acne steadily worsening over the years.

An independent poll found that around a third of womxn have been prescribed a contraceptive for their skin, of which 77% said the skin concern in question was acne. Almost 50% of womxn said they had a negative experience taking the pill, and that they wouldn’t take it again.

The seemingly innocuous ‘pill’ that so many women take actually has hundreds of variants, a seemingly never-ending list of side-effects and countless personal stories of successes and failures, both as a contraceptive and as an acne treatment.

I wanted to learn more about the positive and negative effects of hormonal contraception on our skin, so I spoke with several womxn about their experiences.

Catherine originally started taking the combined pill Rigevidon for contraception, but rapidly noticed that her acne had worsened, and suffered from severe period cramps and mood swings.

“My skin was pretty bad on the pill. I had consistent hormonal acne, including on my cheeks and forehead which I had never had before. My skin has never been perfect but this was the first time I’d experienced anything close to acne, so it was a bit of a surprise.”

“I had lots of other side effects from the pill, mostly affecting my mental health. My mood became extremely erratic, to the point where I would go from happiness one minute to extreme anger, to crying hysterically.”

“I would potentially try other forms of hormonal contraception, but I definitely wouldn’t go back to Rigevidon and I would like to avoid the combined pill in the future. Now that I’ve been off the pill for a couple of months, I’m still dealing with breakouts and scarring that the pill caused me to have. For now, I’m trying to focus on getting my skin and my mental health back on track before I consider any further hormonal contraception.”

“I no longer have acne, except for the odd pimple here and there.”

*Lily initially started taking Dianette (also called Diane-35) for acne, but has now switched to a progestogen-only pill. After she tried stopping taking it her acne returned.

“When I was first prescribed the pill at 14, I mainly took it for acne/back acne. But shortly after I started having sex with my boyfriend, so I was secretly very happy about getting the pill.”

“I shortly stopped taking the pill about 4 years ago: I wasnt having sex and wanted to see if my acne would come back. Oh boy did it come back! Back acne and acne in all its glory. I quickly went back to taking the pill.”

Nicole started taking Dianette for her acne. She says it helped a little with her acne and her period cramps, but the mood swings were ‘horrific’.

“When I went on the pill I had mild–severe acne and had heard the pill could help with this. I was about 17/18 at the time. My periods were also heavy and really painful.”

“I was on it for about 10 years, I stopped mainly because I got married and was getting ready to have kids in the future. I’d heard and read about the pill possibly affecting your system several years after stopping; I wanted to give my body time to get things going again.”

“It helped [my skin] to some degree but not as much as I had hoped! It definitely helped with period pains but it also gave me horrific mood swings. I was very moody and highly strung a lot of the time.”

“It cleared up my acne very well!”

Gina was on Gedarel, and found that it worked brilliantly for her acne. However, it had a serious impact on her mental health.

“I was on it for about four years and stopped taking it as it was contributing to my depression.”

“It cleared up my acne very well and meant I only had few and far between dietary related breakouts and maybe an extra spot or two on my period.”

“When I first came off the pill I tried the hormonal injection for nine months. I had an intense hormonal breakout once coming off the pill that the injection did very little to manage, and on top of that whenever I would get the injection my skin would be much worse for the first month because of the large dose of hormones.”

“It has been really hard after being basically acne free for four years to now having acne and post-inflammatory hyperpigmentation all over my face for over a year and a half with no signs of it calming down.”

“The pill made the cystic acne really bad. At points, my entire back was covered and it even made wearing a bra painful.”

Lowri originally took the combined pill Rigevidon for contraception and found that it seriously aggravated her acne.

“I took the pill for just birth control mainly but stabilising my periods was also a goal because I was prone to severe period pain, and long, heavy periods.”

“I suffer with bad hormonal acne anyway (blackheads and cystic) but the pill made the cystic acne really bad. At points, my entire back was covered and it even made wearing a bra painful.”

“I’m currently on the implant and it doesn’t come with the extremes that the pill has. My acne is consistent and mostly in the form of blackheads rather than the painful cystic acne. I wouldn’t ever consider using contraception for my acne, because it seems to be either the same or worse than it would be without. I’m happy to use it for birth control though, because side effects are bad but having a baby before I’m ready would be worse.”

Only one of these womxn is still taking the pill, and everyone who has stopped taking it wouldn’t consider going back to it.

Unsurprisingly, womxn’s experiences with hormonal contraception aren’t universal, varying hugely depending on the type of pill, why they were taking it and their individual bodies. To shed a little more light on the situation, I spoke to an expert dermatologist, Dr Vikram Rajkomar of Pall Mall Medical.

Why is hormonal contraception so often prescribed to treat skin problems like acne?

For many patients, acne tends to be due to a hormonal imbalance which explains why it occurs during puberty and pre-period. Of course, there are other causes of acne such as medication or other medical conditions.

The evidence shows that the combined pill, containing both oestrogen and progesterone, can be beneficial in some patients. Prescribing the combined pill also benefits patients who simultaneously require contraception. The progesterone-only pill worsens acne and should not be prescribed as treatment for acne.

Hormonal acne is due to a high ratio of progesterone to oestrogen. Oestrogen peaks just before ovulation and progestogen is the dominant hormone in the second half of the menstrual cycle. Progesterone binds to the skin receptors and leads to an increase in sebum production by the sebaceous gland. This contributes to acne formation. Hormonal acne tends to settle after a period with most patients stating that their skin is almost clear mid cycle.

How does the progesterone-only pill differ from the combined pill in how it affects skin?

Progesterone has the same stimulatory effect on the sebaceous glands as androgens (mainly testosterone). This increases the size of the sebaceous gland, leading to increased sebum production. This can worsen acne in susceptible patients and should therefore be stopped if the patient develops acne.

Why do some people find that hormonal contraception clears up their acne and others don’t?

Different people respond differently to the same treatment. In some cases, patients often find the pill is beneficial but recurrence is noted once the pill is stopped. It was previously thought that Dianette was the most effective pill in cases of acne but it carries a high risk of stroke or blood clot formation. Also, a recent review did not find a significant difference between a third or fourth generation combined contraceptive pill (which contain different types of estrogen and progesterone to Dianette) compared to Dianette in the treatment of acne.

What would be a sensible next step for someone who topicals and hormonal treatments haven’t worked for?

Patients should be started on an oral antibiotic unless there are good reasons not to, such as scarring acne or nodulocystic acne. In these cases, a dermatologist should be consulted as soon as possible to avoid scarring.

The most significant thing I learnt from Dr Rajkomar was about the difference in effects between the combined and progesterone-only pill. The information about different generations of pills was also eye-opening, as it explains a great deal. Older, first-generation pills are generally not in use anymore, and, in theory, the later the generation, the more effective it should be – this isn’t necessarily always the case though.

Ultimately, everyone’s body is different, and we all react differently to medication. What works for one person may not work for someone else. If you’re looking for more information about the pill, I’ve put together a guide to some of the most-prescribed pills below. Before starting any new medication you should speak to a doctor, and if your acne isn’t working after trying out what your GP recommends, push for a referral to a dermatologist. They can prescribe different medications, and, after all, they are the experts.

The Restless Guide to The Pill

If you’re thinking about going on the pill, either for contraception or for your acne, here’s a handy-dandy Restless guide to the different types of pills and their effects.

Note, the type of estrogen is listed first, followed by the progesterone.

Commonly-reported effects on skin: Not usually prescribed for acne and can worsen it

Things to bear in mind: Increased risk of blood clots

The Progesterone-only Pill, AKA The Mini-pill

Things to bear in mind: Increased risk of ovarian cysts

More from Beauty
See All 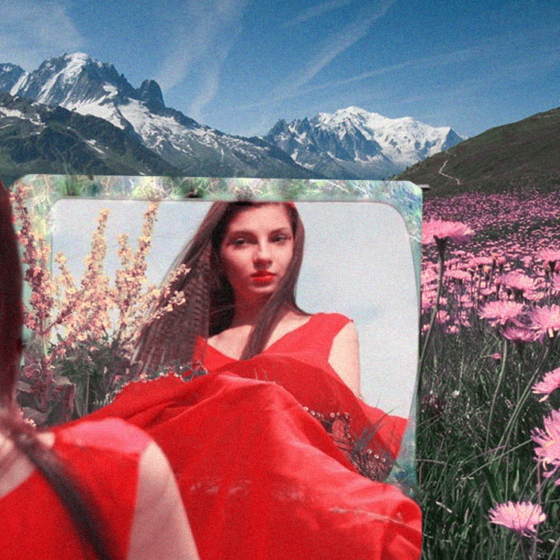 The Christmas break can be like an endless Sunday, don't worry, we've got you covered 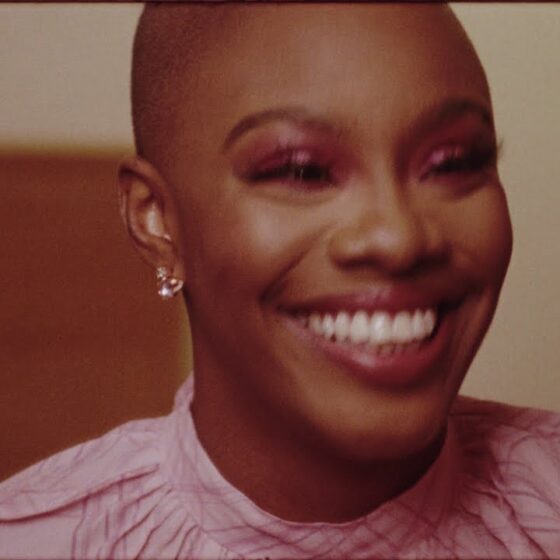 "We’re taught that the fairer you are, the more attractive you are" 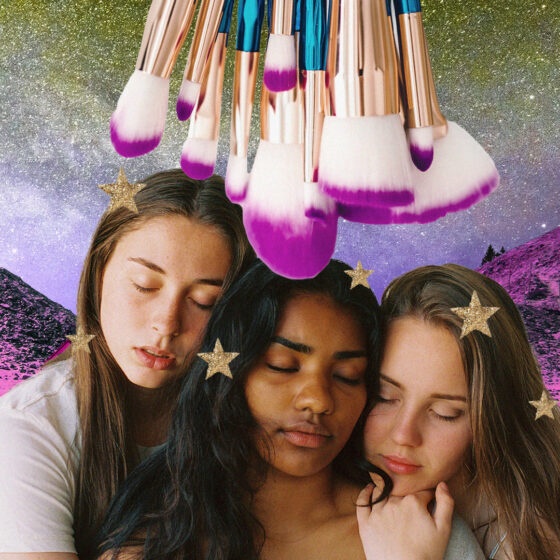 When To Save And When To Spend On Your Beauty Routine 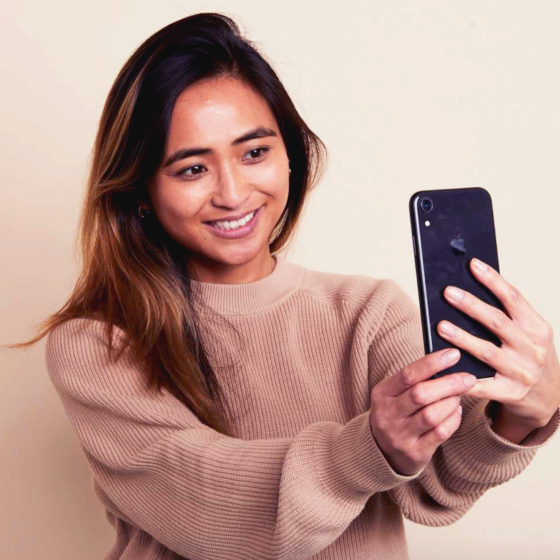 The Best of Zoom Beauty