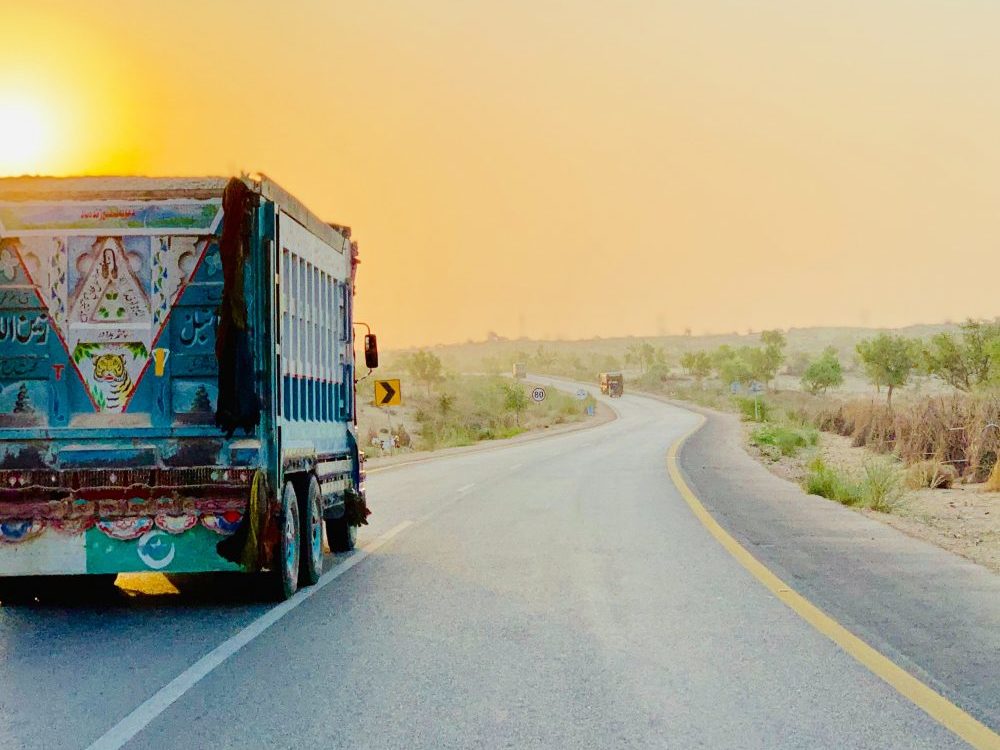 A Brit Abroad In No Booze Pakistan

Don’t get me wrong. I’m not the type of girl who does body shots from the navels of complete strangers when I go on holiday – at least not now I’m in my thirties – but I do like a drink. What, then, would I make of Pakistan, a country where Muslims, who make up 97 per cent of the population, cannot legally buy alcohol, and the other three per cent need a permit? Will I spend my time pining for the sweet release that only a stiff G&T can bring, or will I find new vigour as I purge my body of toxins in this strictly religious but culturally rich country? There was only one way to find out.

As much as I’m loath to admit, I’m your classic Brit when it comes to boozing — starving myself of the devil’s nectar during the week and binging like a boss on Friday and Saturday nights. When I go on holiday, however, I tend to loosen my faux midweek morals and drink pretty solidly throughout. Not to Oblivion, but to a little planet nearby called Nicely Sloshed. That’s what holidays are for, right? Arriving into a dry house, in a dry city, in a dry country, however, it dawned on me that this would be a very different kind of holiday.

I’ve just rocked up in the Pakistani capital of Islamabad to visit a friend who moved here for work a year ago. After being greeted off the plane by a wall of intense heat and humidity, followed by a nerve-jangling Mad Max-esque taxi ride though the city, I have a headache and a thirst that only a beer will fix. Too bad I’ll have to settle for a warm can of coke instead.

Pakistan has not always been as effectively dry as it is today. During the rule of the British Raj, from 1858 to 1947, the South Asian country, then part of British India, engaged in rampant alcohol production, spurred by the drinking habits of the British Army and proving, if nothing else, the Brits abroad stereotype has deep roots. A relatively liberal drinking culture persisted for three decades after Pakistan gained independence, until in 1977, then-prime minister, Zulfikar Ali Bhutto, imposed total prohibition in a bid to appease Islamic elements of the electorate. The law was subsequently relaxed by military dictator and president General Zia-ul-Haq, who made it so the mainly Christian minority could buy alcohol from specialist shops and venues, as long as they obtained a permit certifying they were not Muslim. Any Muslim found to be drinking would, and still can, receive 80 lashes of the whip.

In today’s reality, it is possible to get alcohol in Pakistan, but it’s not easy, cheap, or overly fun. The best you can hope for is an unmarked, windowless, smokey bar in the basement of a five-star hotel or an overpriced bottle shop behind the guarded gates of a foreign embassy. There are also shady dealers who deliver covered crates and dodgy moonshine to illicit house parties, but none of this is really worth the hassle while on holiday. My friend could have sourced some sauce if I insisted, but this was the world he was living in now, and I was morbidly curious to see how I’d fare booze-free. Perhaps I’d even lose weight on this health-kick of a holiday.

Indeed, it looks entirely possible that I might come home a few pounds lighter as we hike up into the largely deserted hills around Islamabad on my first day. The air is thick with moisture and I sorely envy my friend wearing shorts and a T-shirt as I sweat with every inch of my body covered, but I console myself by imagining the toxins seeping out through my gushing pores. It soon becomes apparent, however, that any calories we may be losing by hiking and not drinking will be replaced, and maybe even surpassed, by food.

For lunch that day, we drive the winding road up to The Monal, a grand restaurant nestled against the Margalla hills with panoramic views over Islamabad and onto the plains of Peshawar and Lahore. The rich dishes whipped up here are influenced by Arabia, Persia and Central Asia, all of them meat-heavy, ghee-heavy and served with a Magic Porridge Pot-style basket of constantly replenishing bread. In the evening we wander into Saidpur Village, past dappled cows nonchalantly tottering along the tarmac, to another local institution, Andaaz. Here we wolf down sticky tangine, fatty grilled lamb and chicken tikka alongside fragrant rice, more bread and sweet mint tea.

This kind of extravagant eating continues on a daily basis, punctuated only by either coffee and cake in the Western-influenced cafés, or syrup-soaked gulab jamun, halwa and keer from street-side carts. And, apart from the odd crucified piece of onion on a glistening meat skewer, there isn’t a vegetable in sight. What I envisioned would be a kind of roughing-it wellness retreat is quickly turning into a reverse fat camp.

After eating our way around Islamabad for a few days, we head into the hills, past Murree, where a famed brewery of the same name was established in 1860 for the nearby British Army hill station. The Murree Brewery still churns out several types of beer and liquor, exporting to less Muslim-heavy populations in the region as well as to Europe and the US. Murree Brewery is a publicly listed company on the Pakistan Stock Exchange, and if you do find beer in Pakistan, this is most likely what it’ll be. So far, however, I haven’t come across it anywhere.

We continue on to Nathia Gali, a mountain resort town at the centre of the Galyat valley. Here, we hike through much crisper air and lush green hills, some of which look straight out of an advertisement for Swiss chocolate, others which conjure a more eerie feeling as we look down on the complex where Osama Bin Laden was killed. Our evening meal, as usual, consists of meat — Nathia Gali’s famous firecracker chicken. Having started life as a modest roadside food stall more than 50 years ago, the Taj Mahal restaurant is now known across the country, and the world, for its blisteringly hot chicken dish, made with a rub of masala, chili, garlic and secret spices. It is, of course, mango lassi and not beer, that quells the burning of the tongue, but at least I’m presumably getting some form of Vitamin C.

We are about as likely to get a beer here as we are a MAGA hat, but by now it’s not even something I’m missing.

Towards the end of my trip, we head to Peshawar and the ‘real’ Pakistan I am apparently yet to see. Gone are the wide gridded streets, open green spaces and detached LA-like houses of Islamabad, replaced by a deafening jumble of overloaded vehicles and a winding bazaar stuffed with spices, jewellery and leather goods. Being close to the Afghan border, folks here are much more pious, and although I’m wearing a headscarf for the first time since arriving in Pakistan, I’m getting stares a plenty from the scandalised men. I only see a few women all day, every one in a full burka. We are about as likely to get a beer here as we are a MAGA hat, but by now it’s not even something I’m missing.

I get my kicks instead at what was the scariest experience of the trip for me. We enter into a grubby dining room, past what looks like a butcher’s shop window, where a gruff, bearded man sits kicking the hanging raw meat with his bare foot to keep the flies off. Stomach flipping, I decide not to eat the meat curry and stick instead to bread and a cucumber salad I am delighted to see. Finally, vegetables! I’m surprised to find I’ve missed them more than booze.

The next day, my last in Pakistan, I learn the hard way why vegetables, particularly raw ones, are not so popular here. I experience horrendous food poisoning which, ironically, my friend does not share, having stuck to the foot-tenderised meat. It was, quite literally, a shitty way to end the trip, but at least my Pakistani booze detox had garnered some results. Although it didn’t quite work out as I planned, I was coming home a little bit lighter after all.