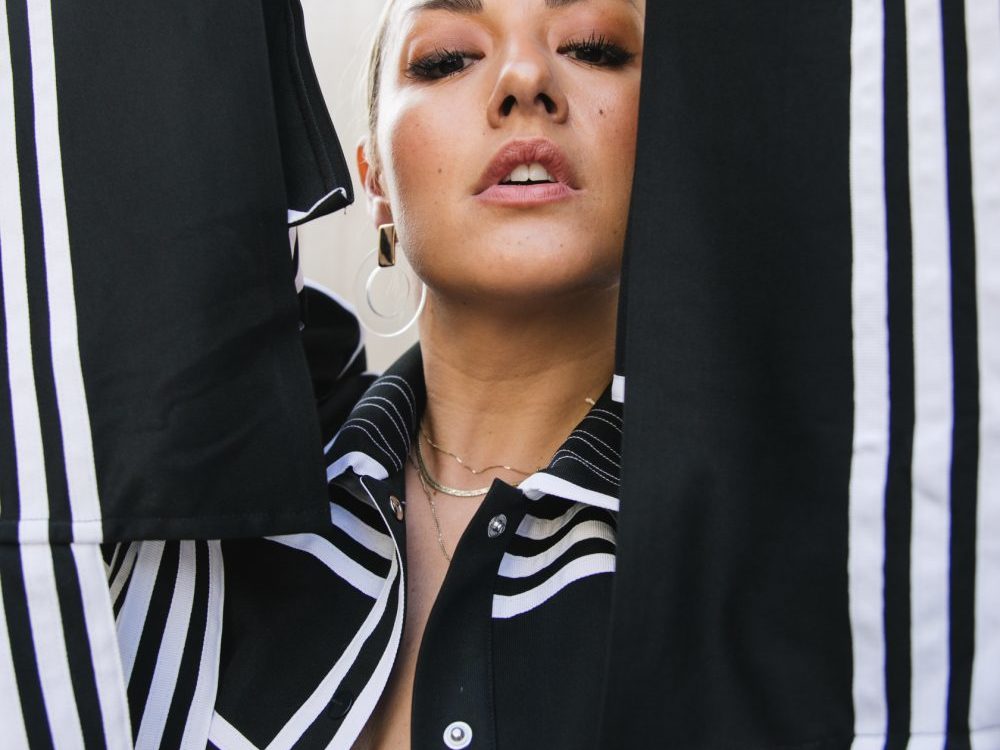 This time around, Chinae is addressing some common but difficult to talk about emotions. Specifically, envy, self doubt, and jealousy. Eek! If you’re struggling with these uncomfortable feelings, the below advice is for you.

I can’t stop comparing myself to people on Instagram. I’ve heard all of the messages recently that Instagram is fake, and it’s all very nice, but it’s so hard to actually believe it. I don’t want to go on a social media black out – I love Instagram! It’s how I stay inspired in a boring job, but I’m just having so much trouble not internalizing the envy of the influencer life. Do you ever feel like this or am I just crazy?

OY yes. I get it. The truth is, as an “influencer” it can be even worse than just viewing it from the outside, sitting at a desk. When I started growing a following, I found myself in a spin cycle of constantly comparing myself to other content creators in the industry.

Were they making more money than me?

Were they prettier than me?

Smaller or fitter than me?

Did they have better clothes/shoes/designer bags than me?

Was their relationship better and happier than mine?

I had to come up from what felt like drowning in sponsored skincare and breathe the reality of things.

The answer to the above questions was…a resounding YES. To all of them. I had to realize that I couldn’t equate my experiences to theirs, because they were simply living a totally different life. There will always be gorgeous, happy, glossy people in the world but that doesn’t have anything to do with you. They are irrelevant in relation to me and you… I think that was the first step in my own Instagram recovery.

The other huge part of escaping the highlight real of Instagram was actually seeing behind the scenes of it. The endless packages go from really fun, to really stressful. The exotic travel becomes work and all you want is a moment on your own couch curled up in soft clothes with take out. It inevitably eats away at you that your worth is often measured in temporary external things and not so many permanent internal things.  That often growth and “beating” the system would mean compromising yourself, so you do it and sell your soul, or choose to accept not being at the top of the game. So if I could send you a message from the inside, it would be that its not always fake, but it becomes a job, one that comes with perks but perks with a price.

Lastly, I’m not going to simply tell you to stop following people that make you feel bad. I’m going to ask you to do the harder work of digging down into the insecurities that you’re holding and how you can build yourself up to the place of non-comparison. I remember one day I found myself on a website full of expensive designer bags, taking things in and out of my cart. I realized mid-scroll… I don’t give a sh*t about designer bags, I just wanted one because everyone else on the gram had one casually strewn on the seat next to them while they weren’t eating the carbs in front of them. Instead of unfollowing every fashion blogger on the planet, I had to dig deep in myself in that moment and realize that it wasn’t about the bag. It was about doubting my success, doubting that I belonged at that same table. I quickly came to the conclusion that I didn’t want my insecurities to cost me four figures and closed the tab. But that was the easy part. The much more difficult job was chipping away at the facade of their success to reveal what I truly wanted my own to look like.

It was about doubting my success, doubting that I belonged at that same table.

You’re not crazy to be affected by this culture, but you do have the power to inject reality into it.

My best friend recently experienced a lot of failure, she was fired from her job. While I feel bad for her, I’m honestly secretly kind of happy about it? We have a competitive relationship and since graduating college it’s only gotten worse. Am I a bad person? How do I stop myself from feeling this way? I don’t like what I’m feeling.

Good news. You’re only human, but you do have some work to do here. And you really aren’t likely going to like what I have to say, but here we go with some tough love…

If I were you, I would apologize to her. Yes, apologize. Tell her you’ve been feeling a sense of competition with her and that you held those feelings. Now you don’t need to tell her you did a dance in your head when she lost her job, but mentioning that you’ve felt competitive in the past will be an important admission to get yourself out of that comparative negative headspace and into emotional health. Also, she’s likely feeling that vibe from you either way so clearing the air will be a good first step toward having a more honest, healthy relationship.

With that apology, you should also voice your love for her, and why you might’ve had those thoughts, and that’s going to take major vulnerability on your part. Really go there with your feelings in this conversation. If you feel jealous that she’s moving ahead of you in her career, admit it. If you are worried she’s going to abandon you eventually, say it. If you secretly wish she was single because it makes you feel better about being single, reveal that. When we say our vulnerabilities aloud and trust that someone will hold them without judgement, that’s when we can move through our own bullsh*t and start being able to be fully empathetic in our relationships, feeling the range of emotions with them from joy to utter despair.

It’s not just about honesty in your friendship, it’s about embracing honesty with yourself too.