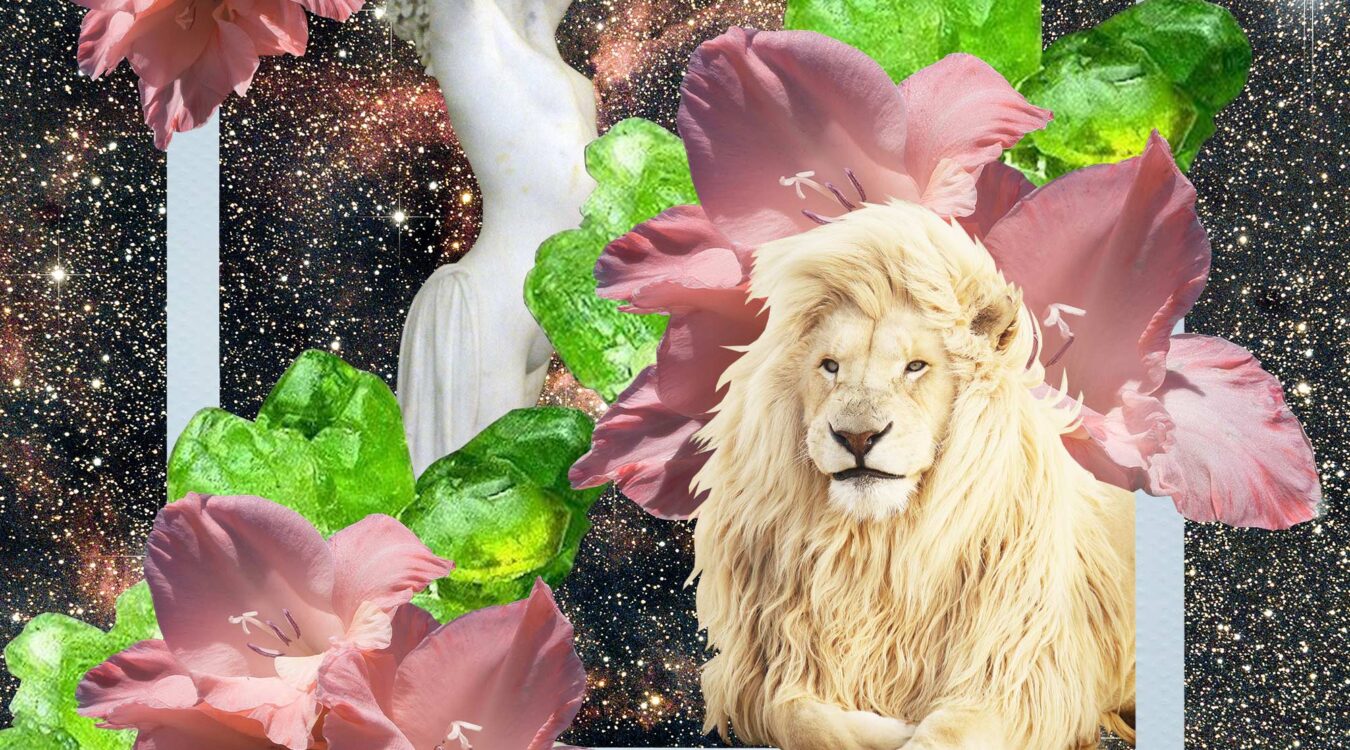 It’s Leo season! Let’s find out what the stars have in store for the most fiery month of the year

First things first, let’s address the elephant in the room: no, Ophiuchus will not be part of the horoscopes going forwards. While the stars are undoubtedly a significant influence in astrology, they are not the sum total of it. Western astrology principally uses the positions of the planets. The current stars do not align with Earth in the same way they did when astrology was invented due to precession, which is the little wobble present in our orbit. As such, we are not calculating the movement of stars so much as the planets – it is the movement of the planet that affects our horoscopes, not the backdrop of the sky.

So rest assured, you don’t need to look up a whole new star sign and get familiar with it. If you’ve ever felt like your star sign doesn’t quite fit, and thought this might be an explanation as to why, I would recommend looking up your lunar and rising signs, as well as the more commonly understood Sun signs. They can offer further understanding and clarity as to your true self, and I would always recommending the horoscope for each of your signs.

It’s Leo season, and hell yes we are ready for it. When the sun is shining (hopefully if you’re in the UK) and Leo rules the skies we’re all in for a tonne of fun. This month is all about you, Leo, so make some time to celebrate yourself. Around the middle of the month, when the New Moon is absent from the sky, will be a particularly joyful time for you. However, you should also ask yourself if you’re achieving everything you want from life. You’re in a time of transition, and need to keep track of your goals and make sure you’re working towards what you really want.

Last month wasn’t the smoothest sailing for you, Virgo, but things are looking up in August! We’re almost in Virgo season, but the tide is already turning for you. It’s been a long hard slog for you this year, but all that hard work is finally about to pay off. The beginning of August will be the tail-end of your hard graft, but from the middle of the month you’ll start to see some returns. Be a little selfish, enjoy yourself and give yourself a much-deserved pat on the back for everything you’ve worked so hard for.

2020 has brought you clarity you didn’t know you needed, and August is the culmination of that learning curve. Take stock of where you are in life, and if the people in it are really the people you want to surround yourself with. Take care with where you expend your energy, as the planets suggest fatigue could be on the horizon if you don’t prioritise your own wellbeing. Around the end of August, you may be in need of some extra support, so lean on those you know you can depend on. Be wary of relying on flaky friends and those who haven’t been there for you in the past. Around the end of the month you may find yourself reconnecting with a lost friend or lover; be careful of what their true intentions may be, they’re not necessarily in your favour.

Give yourself a break this month, Scorpio. You’ve been working hard and need to slow down before you burn out, so for the first two weeks of August make sure you’re setting aside some proper me-time regularly. Around the middle of the month with the New Moon in Leo you’re likely to start feeling restless again, and will want to dive back into your career and work on yourself. If you’ve given yourself a good break, then go for it. This will be a period of change in your professional life and will bring you a great deal of clarity for your future direction. However, if you didn’t give yourself a much-needed break, be wary of giving too much of yourself away – it will only lead to disaster.

You’ve had a tricky year so far, haven’t you, Sagittarius? You’ve been forced to focus on the details when you’re more of a big picture person, but now you’re hitting stride once again. You’re pushing forward into new ventures and new challenges, and that’s definitely the right move for you. Around the middle of the month you’ll face a new challenge at home, with tensions rising, but with a little patience and a deep breath they’ll soon be in the past.  However, some of your closest relationships have been strained of late, however, around the end of August the sands are shifting. Be upfront with someone who has been stressing you out and they may be more receptive than you would think.

Brace yourself, Capricorn, this month you’re going to be tuning into your ~emotions~. I realise this sounds far-fetched – you’re generally somewhat reserved and not super open with your feelings – but as Venus enters your chart early in the month you’re going to want to open up. Try and strike up honest and open conversations with those closest to you, as your mental wellbeing will benefit, and you’ll deepen those connections. Make sure you express yourself, especially if you’re in a relationship, otherwise hurt feelings and misunderstandings are likely. You should also spend some time considering what it is you want from the people you surround yourself with, and ask yourself if you’re in partnership which is mutually beneficial and healthy, or is some work needs to be done.

Your attention is turning to your relationships in August, Aquarius, and that is where it should stay. You’re going to feel like you’re being pulled in all sorts of directions at the start of the month, with more people than you can handle making demands of your time and attention. Stand firm, and make sure you don’t give too much of yourself away. Prioritise who you give your energy to, and don’t necessarily just give it to the person who makes it sound the most urgent – give it to those who give it back, rather than just taking. Around the end of the month you should examine your relationships, and make plans to invest in those that are the healthiest and most important to you.

Your energy is going to be focused on relationships in August, Pisces, and that’s where it should stay. You may feel an obligation to your work, but for now at least you need to tend as much as possible to your connections with others. Around the middle of the month you’re likely going to feel like you’re losing your grip on the future you’ve been working towards. Don’t fret though, take some time for yourself and remind yourself of what’s most important to you. By the end of the month, you’ll start to see some returns for all of the work you’ve put into yourself and your relationships over the last few years, and you’ll ben ending August feeling content and happy.

It’s full steam ahead for you this month, Aries! You’ve got some serious bad bitch ‘get out of my way’ energy and I am LOVING it. Power through early in August and take advantage of Mars’ influence, giving you the drive to get stuff done. Around the middle of the month this influence will move out of your chart and you’ll feel the need to slow down, so take advantage of it while you. This slower pace is also useful however; this is an opportunity to check in with yourself. Focus on your long term goals and how you’ve been working towards them, and give yourself a pat on the back for all your hard work before you move onto the next phase. You may not be the most detail-oriented person, but taking the time to think of the minutiae before you get going will save you a lot of trouble further down the line.

It probably feels like you’ve been going through a bit of a metamorphosis lately, Taurus. While you’ve got some plans in motion, if you’ve yet to take that final step, the stars are telling you that now is the time. Venus is moving into your chart, and if you need to have an important conversation with someone, mid-August is the time to do it. Venus’ influence will make you want to spend more time with family and friends, and you may feel like you need their support more than ever right now. There’s no doubt that you’re a strong independent womxn, but we all need someone to lean on now and again.

Feeling a bit out of control, Gemini? Your focus is on relationships this month, and it’s likely that area of your life that’s been stressing you out. Now is the time to figure what it is that’s been getting you down. Too much pressure from a partner? Time to have a conversation. Family drama getting you down? Time to take a step back from for it for a while. You’ll feel the need for some uncharacteristic introspection this month, and you should take advantage of it to identify areas of your life where you’re unhappy, and figure out what steps you need to take to improve them. Do this, and by the end of August your relationships will be healthier and you’ll be feeling back in control of your life.

Last month was glorious for you, Cancer! While August won’t be quite such smooth sailing, life is still looking pretty sweet. Try not to let your emotions run out of control this month, as while you’re likely to be busy with things you enjoy, you have tendency to let your attention wander. Practice (just a little) self-discipline to keep you on track, and you’ll do just fine. Look out for some interesting new people entering your life this month as well, and remain open to potential new avenues – they could be more exciting than they first appear.