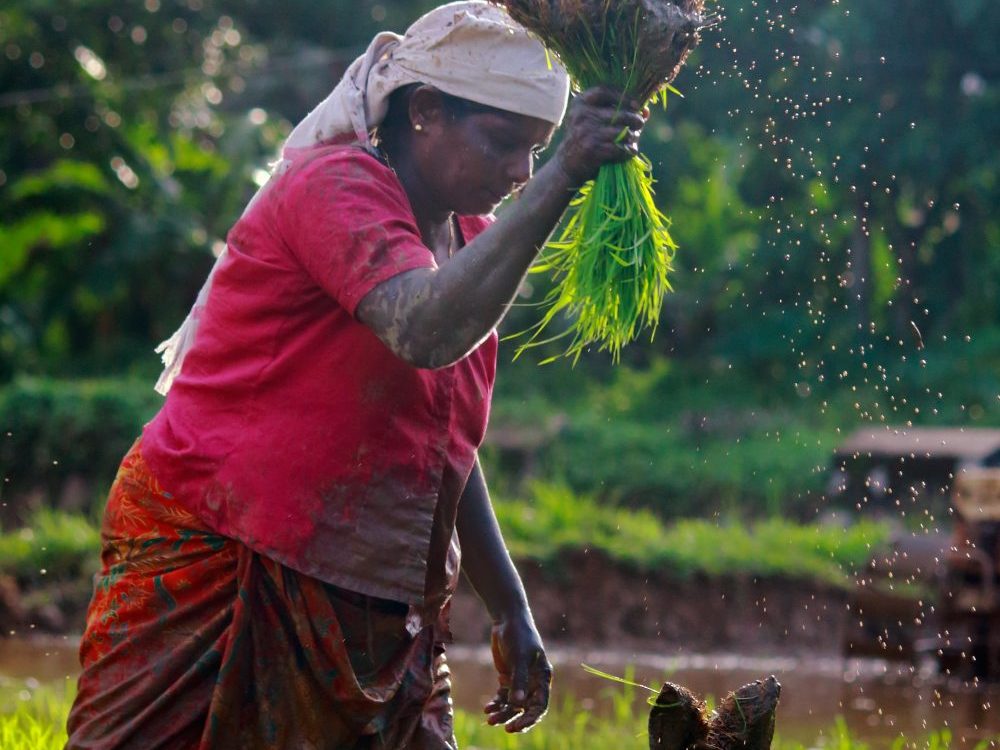 If International Women’s Day is about displaying our strength, the women of Kerala, recovering from 2018’s monsoon floods, are an inspiration to us all

Their voices float out of the white church and drift away on the hot breeze towards the Arabian Sea. Inside, the local women – hundreds of them, young and old – sway with the music, their vibrant saris and bejewelled arms creating a kaleidoscopic wave of colour and noise. It’s the 8th of March 2019, International Women’s Day, and I am sat in St Louis Parish Hall in Mundamveli, a neighbourhood in Cochin, southern India. We had been loitering at the back, keen to observe but not to intrude, when the compere ushered us to the front. It was a relief to be underneath a fan after a tuk-tuk journey dodging potholes and cows in 35-degree heat.

The first church of this parish was built in the 9th century and was swiftly destroyed by sea erosion. It is now lying somewhere under the Arabian Sea. For the next 1,000 years the church would be rebuilt several times – one would again be lost to the encroaching water, another would be burnt to the ground by soldiers of the king of Kochi. Finally, in 1868 a church was erected in Mundamveli farm, and it is this one we are sat in.

It seems like this stretch of the Malabar Coast is in a constant battle between man and Mother Nature. H2O, that essential fluid, invades these shores like the Portuguese, Dutch, and British once did. In 2018, the state of Kerala experienced its worst monsoon floods in nearly a century. More than 400 people were reported to have died and millions more were displaced.

When I visit, it is the beginning of their summer – rain is a distant memory. I spend an afternoon in a boat gliding down waterways that were once overflowing. Coconut trees lean into rivers with bent spines. It’s easy to see why this area is nicknamed ‘God’s Own Country’ when the sunlight slices through the canopy and glimmers off the cobalt wings of a Kingfisher. Swollen mangoes dangle from branches, children splash in the shallows, ducks paddle on the surface, and women slap their washing on to the rocks. Rice fields roll into the distance, golden and ready to be harvested.

To the east of Cochin, the hills of the Western Ghats are flanked by tea plantations. During the monsoon season, rain drains off the undulating slopes and cascades down waterfalls, filling up lakes. I visit Kundala Dam Lake after a twisting journey through verdant forests. The water is so still it looks like a blanket with an ethereal sheen. Sitting on the bank, watching tourists jostling with their selfie sticks, I feel the calmest I’ve felt in a long time.

Once every 12 years, the hills surrounding the lake are covered in a lilac hue; look closer and you will find the flowers of one of the rarest plants in the world, the Neelakurinji. Alas, I wasn’t there at the right time – 2030 will be the next blossoming. Still, waking up to mist hanging sleepily in the valleys running like veins around Munnar is a majestic enough sight as it is.

Back in the church, the women raise their fists in the air defiantly. Who knows how many have lost loved ones to the floods; how many were forced to abandon their homes and livelihoods. They are singing in Malayalam, so I can’t understand anything, but the laughter and sheer delight of the women is infectious. Much like the spirit of this place, they will not be defeated.

The God of Small Things by Arundhati Roy

Set in the village of Ayemenem in Kerala in 1969, a place stifling with heat and political turbulence, the story follows seven-year-old fraternal twins, Estha and Rahel, as they become entangled with tragedy. The book explores generational divides, India’s caste system and, ultimately, how small things can have far-reaching consequences on people’s lives.

An international contemporary art exhibition which takes place in venues across Cochin for four months every two years, the largest arts festival in south Asia offers an array of talks, workshops, screenings and performances. I was blown away by 2018’s edition, and the 2020 one is not likely to disappoint. The theme is “a celebration of our ability to flourish artistically in dire situations”, and it will begin on December 12.

The cuisine of Kerala is rich and varied, but often includes coconut in some form, and rice. Meen (fish) curry is common, as is Idiyappam – steamed rice noodles usually eaten at breakfast, dipped in a creamy coconut sauce. Dosas, a crispy pancake filled with spiced potato, is another delicious meal originating from the south. Nothing beats aloo gobi though; cauliflower and potato are a match made in culinary heaven. Eat with parathas, a flaky flatbread. Head for Bhatt’s Tiffinbox, Dal Roti, The Ginger House Restaurant, Kashi Art Café or the Loving Earth Yoga Café for a meal to remember.

There are plenty of nice (and cheap) homestays in Cochin. Staying with locals means they can give you advice on what to do and see that’s off the beaten tourist track. For part of my trip I stayed with a lovely family – the mother would insist on making a huge breakfast everyday, and helped to arrange activities and day trips.