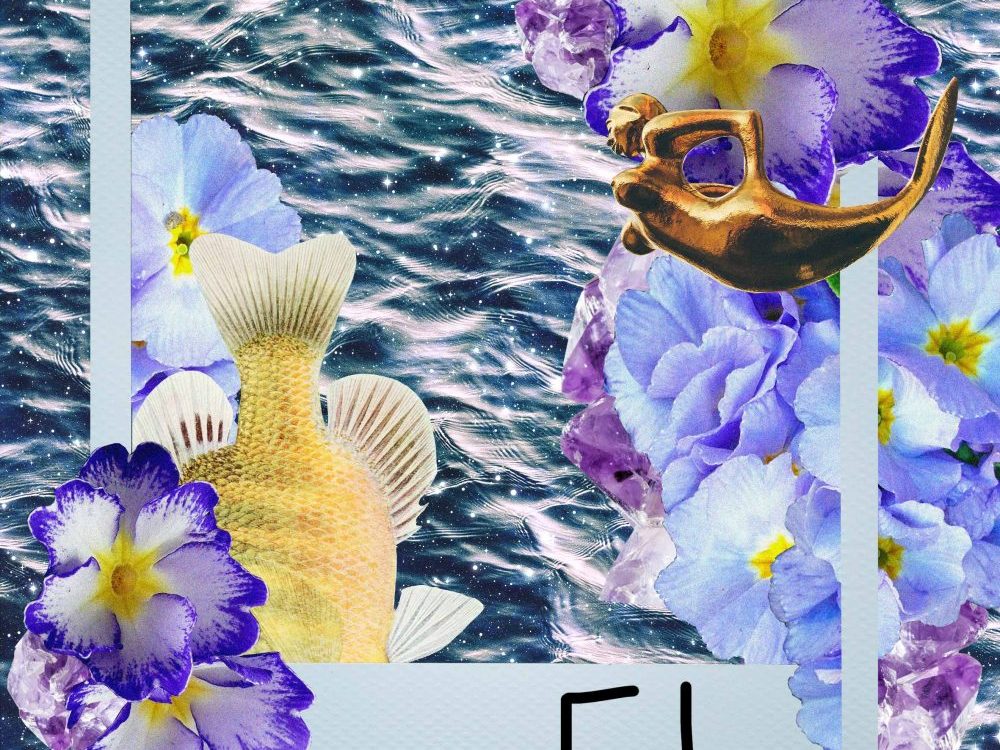 What’s in the stars for February? Find out what’s in store for you this month.

This is the dawning of the Age of Aquarius! If you don’t know that song please get straight on Spotify and enjoy the good vibes. We’re well into the New Year now and I’m slightly disgusted by it all since January seemed to drag but then I blinked and it’s February. Not a fan of this whole passage of time thing.

It was going to happen eventually, but here we are, it’s February and we have our first Mercury retrograde of 2020. Mercury and the water signs of Pisces and Aquarius aren’t the most compatible, meaning a retrograde in Aquarius can be even more disruptive than usual.

With Mercury in retrograde during Pisces (mark 17th of Feb to 10th of March on your calendars!), we lose the planet’s influence, with travel plans and communication more likely to go awry. In general, I would advise you to take care during the retrograde, as you’re likely to really feel it in this combination – I’m planning to just stay home for the duration and to hell with the consequences, this particular Virgo is not ready for all her carefully-laid plans to go tits up.

As always though, it isn’t all bad. This particular Mercury retrograde is an opportunity to open yourself to all things spiritual. Pisces is one of the most imaginative signs, meaning that this is the perfect time to pursue a creative project you may have been putting off. Pisces also encourages compassion, meaning you may be offered a second chance in a broken friendship, or you may find yourself doing the same.

It can be a time for mending broken bridges and healing old wounds, even if that just means forgiving yourself. As scary as Mercury retrograde can be, there is always a balancing factor as something else rises to the surface to replace it, and this time we have an opportunity for creativity and imagination to guide us through the retrograde – a little flexibility will go a long way.

First up, happy birthday! Hopefully, you had a fab time and are willing to lend us a little Aquarius energy to see us through this retrograde. Early in the month, you’ve got a little Mercury/Uranus combo that is likely to send all of your daily routines out of the window, but if you stick with it you’ll find that they’ll likely take you in new directions and offer you a different perspective on a situation that’s been bothering you. The full moon on the 9th will bring you increased energy and a little passion – use that power to chase your desires and get what you want. Just make sure you don’t let your emotions take over though, and do your best to keep a level head.

This is a good month for you, Pisces, as the Jupiter-Neptune interaction ending on the 20th will bring you a little luck and optimism. Towards the end of the month, your thoughts will naturally turn towards your birthday, and the Sun’s influence means that this is also a good time to make a fresh start if that’s something you’ve been craving. You’ll find it a lot easier to express yourself and your desires this month, just watch out for Mercury retrograde throwing a spanner in the works and stick to what you know best. Now is not the time for taking big risks.

It’s all about romance for you this month, Aries! Venus is all over your chart, plus a little help from Mars and Uranus mean that not only are you seriously feeling yourself this month (and damn right you should feel yourself, you sexy thing), but things are more likely to fall in place. You’ve got that fab boost of energy you need to go after an exciting new romantic prospect, and if you’re in a relationship you’re likely to be getting even more attention than usual from your partner. Basically you’re on fire in February, but if you’re not feeling very romantic this energy can also be channelled into new prospects and plans. Just watch out for that retrograde, as your daring nature might lead you into dangerous waters!

Despite the retrograde, you should feel pretty optimistic about the month ahead, Taurus. The dual influence of Jupiter is giving you a real boost to your fortunes; you might want to take this time to relax a little and let the good times roll (I don’t know about you but I’m still knackered from all that partying in December and would very much appreciate a break), but if you’d rather use this good luck as a springboard for your desires then go for it! Try and get the really important stuff sorted before the retrograde on the 17th, and then enjoy the little bonus the Sun will bring you towards the end of the month. You’ll find yourself feeling positive and upbeat, so make time for fun this month!

The Sun’s influence at the beginning of the month should give you a productivity boost before we hit that retrograde, so try and get all the important stuff out of the way before the 17th! A Jupiter and Neptune interaction is happening in your chart this month, and that means a little extra harmony and good luck will be helping you through this Mercury retrograde. Your integrity and good intentions are more likely to be recognised in the workplace, but make sure you work extra hard to communicate clearly during the retrograde as people might initially misunderstand. Take February as a time to grow spiritually and personally, and consider what it is you’d like to achieve in the long term, then begin making plans to work towards it.

It’s going to be a bit all over the place for you this month, but let’s be honest, you don’t mind a little extra excitement in your life. The Mercury-Uranus interaction at the beginning of the month will take you in a new direction that could be formative for the rest of the year, so pay attention to what you learn in this time period! Venus’ influence is also going to make you want to live extravagantly, but believe me, being in debt during a retrograde is not going to go well, so try and rein in your spending a little. You’ll be feeling more sociable than usual towards the end of the month so have fun with it, but I’m going to stress this again – moderation is needed because we know you spend money like water.

I’m afraid you might find the Mercury retrograde hitting you harder than most, Leo. Watch out for miscommunications and increased anxiety, and instead try and focus on exploring your creative side. Make time for the activities that help you destress, and as much as you might want to try and avoid dwelling on the past. Look to the future and make plans for the next few months, practice optimism and kindness and you’ll make your way through this retrograde with ease. The full moon on the 9th will bring you a little extra courage and passion, and I’d recommend drawing on this strength by focusing on your past achievements. It might get a little rough, but trust me, you’ve got this babe.

Well, I don’t know about the rest of you but this Virgo needs a break. We’re not getting one yet though, as we all know how much Virgos freak out during a Mercury retrograde – it’s basically everything we hate. Even when it’s not in retrograde Mercury is screwing with us this month, as its position is going to make the first two weeks of February feel pretty hectic and tense. Cue the anxiety and stress from stage right, they’ll be making an appearance very soon. We all just need to calm down a bit, but Mars is having none of it, making us feel the need to be more assertive. Let’s try not to take it out on others though, and in general this month we need to focus on releasing our frustrations in a healthy way. I’m considering buying 10,000 stress balls. Fortunately, despite all the stress it should turn out well in the end – we just need to get through all the bad stuff first.

Jupiter is going to encourage you to move outside of your comfort zone this month, and you should take advantage of this to expand your horizons. Explore bigger and better things, but try not to get too carried away. Choose just a few new projects and make sure you don’t spread yourself too thin. There’s a little extra tension on your relationships this month; healthy ones will emerge all the stronger for it but expect to start seeing fractures in unhealthy ones. By the end of the month, any underlying problems will have come to a head, and keep a close eye on your love life in particular. Some attention is needed there.

You might find yourself heading in a different direction to what you expected this month, Scorpio. There will be twists and turns in February, but you’ve also got a lucky streak about you thanks to Jupiter’s influence. You might feel out of your comfort zone, but it should all turn out alright in the end. Whether it’s work-related or your relationships, you’ll flourish this month. You should try and take advantage of the situation, whether you ask for a raise or use it to really cement your friendships you’re bound to succeed. Watch out for that retrograde but it’s likely to just be a minor stumbling block, so don’t get caught up worrying about it.

You may be feeling like you’ve lost your way a little, but February offers an opportunity to find a little purpose. Mars is giving you extra energy at the beginning of the month, which will enable you complete difficult projects with ease. Use your time well and you should be able to get a lot of the month’s hard work out of the way early, giving you plenty of time to relax from the 17th onwards. The retrograde’s creative energy is a fantastic opportunity for you to explore new pursuits that bring you joy; you might discover something you’d like to dedicate more time to in 2020. You’re likely to feel a need to prove yourself to others this month, but try and resist the temptation. You don’t owe them anything.

You’re likely to feel energised this month, Capricorn. Mars is giving you a little of its courage and strength to get shit done, but take care to use this energy constructively or you might find yourself getting angrier than usual. Channel any latent aggression into sports or sex and have fun with it! Speaking of sex, Venus is giving you love life a little boost. You might need to work harder to get it, but providing you don’t lower your standards you’re going to have a great time this month. Have a little caution during the retrograde, but feel free to start some new and ambitious projects beforehand. You might learn something about yourself in the process.