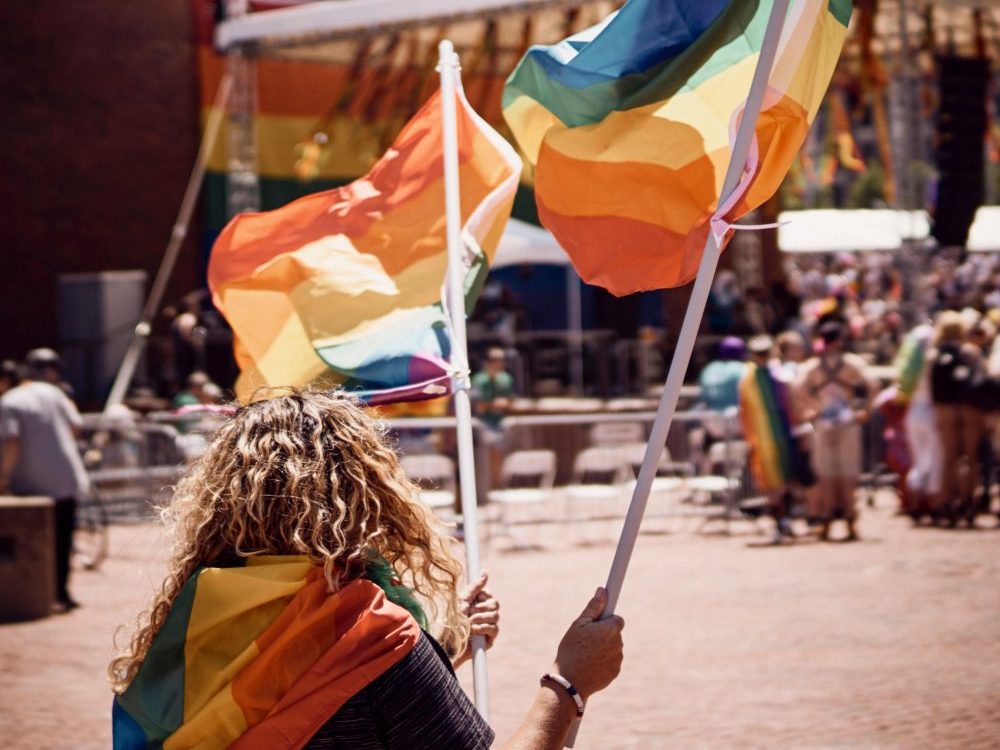 How to Prioritize your Mental Health as a Queer Person

Pride season is a symbol of progress, but it can be triggering too

In an age when we’re all constantly online, we can feel surrounded by triggers. This is especially true for those in the LGBTQ+ community. Having just closed International Pride Month, London’s Pride parade, and with mass violence reportage circulating, queers are more aware now than ever, that there’s still work to be done on the equality front.

This year, there has been an influx of focused attention on the LGBTQ+ community. Statistics are becoming more accurate with new identity options added to data forms. Important petitions and protests have been created to provoke progress. Homophobic violence is being reported and shared to mass audiences, shaming it, rather than letting homophobia be swept under the carpet.

This heightened focus gives us a hopeful promise of progress towards equality for all. But the glee of these promised triumphs doubles up as a harsh reminder that there was something to be fixed in the first place; a hatred to dissolve, and that there’s still so much left to do. This reality is particularly harsh on queer activists, writers, influencers, and those who work closely with LGBTQ+ groups. Fortunately, if you’re one of them, there are a handful of helpful tips to manage stress and ensure your wellbeing is protected.

Trigger points are everywhere we look; on our televisions, on Twitter, even uttered on the tube during our morning commute. That’s why it’s important to filter our social media accounts and media consumption according to what we can personally handle. Twitter gets a bit of a bad name, but the platform does come along with a handy ‘mute’ function where you can censor particular words or phrases, prohibiting them from entering your personal bubble. You can also play with your settings to block graphic content unless you choose to reveal it.

Speak out if you can

David Thomas, 24, is a bisexual writer, who found himself unexpectedly upset and fearful surrounding the recent homophobic attack of Melania Geymonat and her date in Camden.

“Seeing reports of the attack made me feel less safe than ever as a bisexual person. Seeing the event discussed upfront and the abhorrent nature being called out made me realise that while progress is being made, it’s a stern reminder of how a lot of people see queer folk; as lesser, as fetishised objects, as hated – or a twisted mix of all three.”

Engaging in social media activism and speaking up about the attack helped David to feel some relief from his fear. “I spoke out where I could online, surrounded myself with my friends and contacted my fellow LGBTQ+ buddies as I knew they’d be afraid too.”

David admits that he began to wonder what life would be like if he had a boyfriend. “Would I be too afraid to show affection in public, or would I say, ‘Fuck it’ and live my truth? I hope the answer is the latter.”

People like David are living proof that while activism and reportage of violence is a progressive and informative process, it can be terrifying for queer people to witness.

“The only way to go is forward,” advises David. “It’s a bit of a cringe statement, but a true mantra. Dealing with the fallout of these mass-reported attacks means you can prepare to make a change, to face the issues head-on, and somehow, there’s comfort found in knowing that’s your purpose.”

Understand when to say ‘no’

Often when a queer person is vocal about LGBTQ+ rights, audiences see this as an opportunity to dig deeper and find out more. This can encourage honest and important conversations about LGBTQ+ subjects. However, it can become detrimental to a queer person’s mental health when advising becomes a workload.

Sophie* works closely with the organisational side of Pride, and with numerous LGBTQ+ related corporations and charities. As a lesbian who is vocal about their role with Pride, she gets hundreds of messages through her social media each day, usually asking upfront questions about queer subjects.

“It’s usually straight people looking to ‘learn’, but they can be very hostile when they ask me questions. It’s as though the more they learn, the more completed their criteria for allyship is. While [the questions] may seem like genuine effort, the information they want is already in the public domain. You don’t need to pressure queer people into answering personal questions if the answers are already in outlets like Stonewall, Mermaids UK, the Gay Times, Pink News etc. The information asked from me is nothing new, and certainly not hard to find without making a queer person on the internet do the work for you.”

It’s integral to your mental wellbeing as a queer person to establish your own boundaries when it comes to offering support and advice – especially if you’re doing so for free. Even if you have a role as a dedicated queer activist, that doesn’t make you a vending machine for free information. Ben Pechey, a non-binary LGBTQ+ activist and writer, devotes a huge amount of time to being an active and vocal member of the queer community.

“I have been able to speak to many people about what Pride [and activism] means for the [queer] community. I have gone out of my way to try to convert these conversations into allyships. To me, this is the best way to push the message of equality and acceptance”.

Whilst Ben loves their role as an LGBTQ+ activist and these conversations are crucial in the continued quest for equality, they’ve learned that being aware can be exhausting.

“Being so switched on is incredibly tiring. This emotional labour is a very important resource but has been draining for my health. As vocal queer people, we must allow ourselves time off. I have learnt that I cannot educate everyone, and to think [I can] is dangerous for my wellbeing.”

Being awakened to inequality means you’re critically aware of the injustice all the time, carrying the weight of it with you. On top of this, providing people with information can be exhausting, especially if you’re trying to convert ignorant or aggressive people into allies.

Know that you’re allowed to say, ‘No,’ or, ‘It’s not my responsibility to teach you – read a book!’ when someone asks you a question about queer identities.

Surround yourself with a supportive, queer network

In triggering times of trouble, there’s nothing quite like other queer people who understand you, for helping you get through it. Sophie* reports that talking to her queer community helped her to feel supported and less alone in the face of focalised homophobia.

“Through online friendships and sharing queer artwork and activism on Instagram, I build a community of other lesbians to speak with. We support each other whenever we can, especially during times where violence is being heavily reported. Recent news stories, especially in the US, have been really harrowing. However, having [my community] to confide in, who understand me without explanation, helps me to continue living in an often-cruel world. I’m not alone”

Self-care is not the luxury it’s been made out to be through social media and capitalised-care. It’s a necessity for grounding yourself and reminding yourself that you are important. Prioritising self-care allows to regain a sense of control and autonomy in our lives and provides true escapism from the world when it becomes overwhelming. Find out what self-care means to you, whether that’s whispered mantras in the mirror, writing love notes to yourself, or writing down your victories, and make it a regular entry on your to-do list.