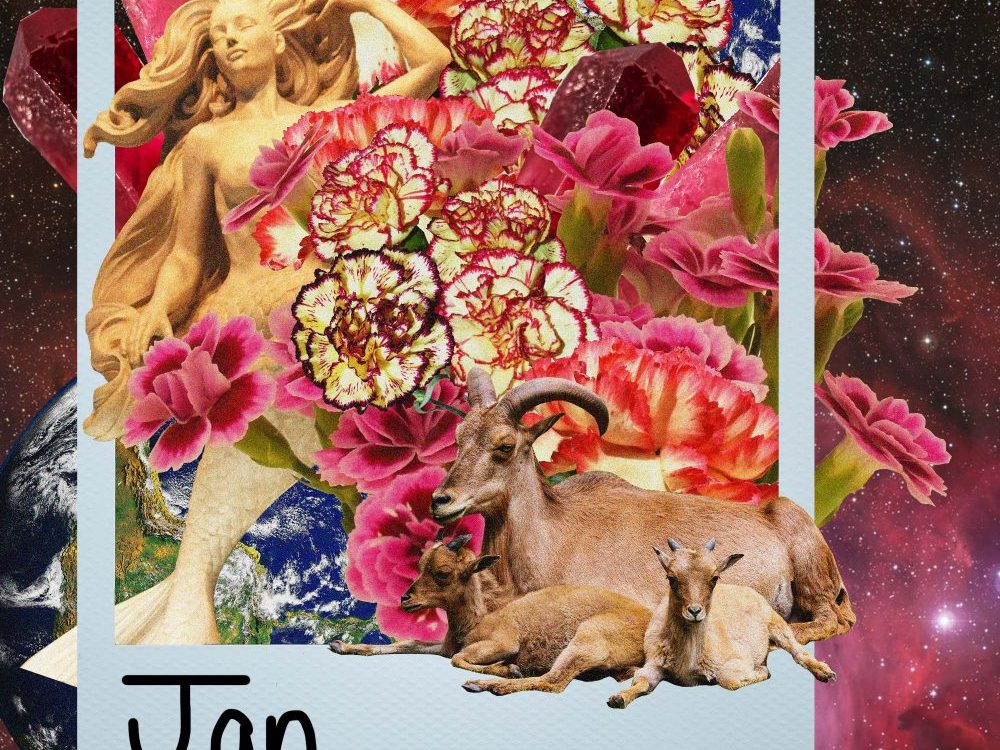 Are the stars aligned for your best year yet? Read on to find out

Here we go everyone, a brand new year and brand new decade! Despite the post-festive slump (This particular Virgo is really regretting mixing prosecco and pizza at 3am) hopefully you’re raring to go! Boxing Day’s New Moon/Solar Eclipse combo is going to give you the boost you need to achieve your goals, whether that’s changing your career direction, taking the next step in your relationship or exploring new creative avenues. You’ll be feeling its effects until June, so this is the time to really knuckle down and focus on what you need to do to get what you want in life. We’re also getting a boost to all things ambition in January, thanks to the conjunction of Saturn and Pluto. It can mean a little bit more pressure and stress, but manage it well and it can give the burst of energy you need to fulfil your goals.

We’ve also got a Saturn and Pluto conjunction barrelling into our lives and causing a little chaos. This interaction puts pressure on us to achieve and succeed in all aspects of our lives, and we’re all likely to feel tempted to tear things down so we can start again. As appropriate as this energy is for the start of a new year, it can lead to a little mayhem if we’re all jacking in our jobs to travel the world, so think about changes you really need from the year ahead and start building towards them.

First though, let’s have a chat about what lies ahead for you in January!

First of all, happy birthday! If the big day has already passed then I hope it was fantastic, and if it’s still to come I’ll be there with balloons for ya. The double-edged sword of that Saturn/Pluto conjunction is happening in your sign so it’s a little more personal for you. Whatever it is that you’re using that New Moon/Solar Eclipse energy for, whether it’s a personal project, a new career direction or simply working on being more independent, this is the time to really commit and make the most of the New Year. You may feel like your identity and perception of yourself shifts over the next month, and you may gain new insights into what you want from life and what you expect from yourself.

Happy New Year! Time to focus on yourself, Aquarius, as that Saturn/Pluto interaction will be encouraging you to look inwards this month. It’s time to have a rethink, whether that’s regarding your dreams and ambitions or perhaps it’s time to get rid of something that’s been weighing you down. Mars will bring you energy and ambition in the first half of the month, and this is a perfect time to take a chance at work as your self-confidence will see you through and impress easily. Towards the end of the month, you may find your mind turns towards all things YOU. It’s your birthday after all, and damn right you should be the centre of attention. Enjoy yourself, draw a line under who you used to be and take this month as a fresh start if you need it.

We all love a fresh start, and as we head into a new decade it’s the perfect time to do a little bit of relationship spring cleaning. For you, Pisces, you should have a look how you interact with those closest to you. Is there someone that’s been holding you back? It might be time to cut them loose. Towards the end of the month, Mars and Venus will be intensifying your emotions. You may find yourself feeling angrier or sexually frustrated; if you’re in a healthy relationship you might want to spice things up a little, but if you’re dating, don’t lower your standards out of desperation! We’ve all done it (guilty) and all regretted it (most definitely).

For you, Aries, that Saturn and Pluto party is going to have a big effect in January, in particular for your work life. It’s time to re-examine your current work situation and shake things up a bit. This might initially lead to some disruption, but ultimately will give rise to bigger and better things. Meanwhile, the lunar eclipse may bring some family secrets to light, and if you look around you may find that someone close to you needs a little extra support. The New Moon at the end of the month will bring some unexpected changes, but keep calm and ride the storm and you’ll find that those changes are for the better.

That Saturn and Pluto conjunction is going to be easier for you, Taurus, than some of the other signs. It will be much easier to practice self-discipline, and you may feel that your perspective on those arounds you shifts over the course of the month. Embrace this change – you’re finally seeing them for who they really are. Around the middle of the month a Venus-Uranus interaction is firing up your romantic life. Lose your inhibitions and enjoy yourself, as this is the perfect time to make new connections, whether romantic or otherwise. In the last week of January, be on your guard. Some tension is building in your life, and you need to be prepared to make quick decisions to get what you want.

Perhaps unsurprisingly, this is a month in two halves for you, Gemini. You’ll feel a real drive towards productivity and efficiency, and you’re likely to find people standing in your way. As much as your instinct might be to dig your heels in, compromise is the way forward here. It’s still possible to get what you want without upsetting people – you just need to change up your approach. On the opposite end of the scale, Venus’ influence is bringing love and affection into your life. You’ll be more charming than usual in January, and you’ll find socialising even more enjoyable than usual. Go out and have fun with friends or lovers, you’ll need a break from all that efficiency.

I know you’re excited for the New Year and new decade, but just take it down a couple of notches. You probably can’t wait to get started with all your new projects, but it’s worth channelling your enthusiasm into just a few projects – let’s be honest, you have a habit of spreading yourself too thin from time to time. Meanwhile, that Saturn and Pluto alignment is here to help with all things relationships, whether romantic or otherwise. Something isn’t quite adding up, suggesting that there’s a bond that needs some work this month before it can be built back up again. Listen to your intuition this month; Neptune is making you more sensitive towards others’ feelings, and you may find a connection somewhere unexpected if you pay attention.

This Saturn and Pluto conjunction is old news for you Leo, as their influence has been present in your career sector for the last couple of years. Now though, you’re getting a little extra boost from Jupiter, meaning you’re going to be more determined than ever to make things work for you. It’s a time of ambition, so pull your socks up and work hard, as very soon a lot of long plans will come to fruition. In other areas of your life, Mars is boosting your natural sexual magnetism. Directness and taking the initiative will see you through this period of growth, so use what you have at your disposal.

You’ll be pleased to hear that the stars are fully on-board with your whole “new decade, new start” feelings. You might be changing direction in your career, but ultimately the biggest change this month should be in how you express yourself. Allowing yourself to be a little more open and letting yourself have fun is going to be crucial this year, as you probably already have a list of resolutions as long as your arm. You need rethink your approach to love and creativity though, or you may find yourself feeling unfulfilled as January draws to a close. Around the middle of the month Venus’ influence will have you seeking out a little romance. Don’t lower your standards, but use this time to figure out what it is you want out of your romantic and social spheres.

It’s time to focus on self-reliance, Libra. You might have a tendency to lean on others more than you should, and take 2020 as an opportunity to look after yourself a little more. Early in the month you’ll be feeling optimistic and sociable, so have fun with it! However, try and be realistic, as you might end up taking on a little too much and feel overwhelmed towards the end of January. Towards the end of the month any stress in your life will start to melt away. The influence of the Sun will bring some much-needed harmony and peace to your relationships. Use this time to be productive at work, as your boss will appreciate your calm and positive attitude.

Success in January all depends on your mindset, Scorpio. The Saturn-Pluto alignment is guiding you to restructure an area of your life you’ve been dissatisfied with. Perhaps, you recently had a reality-check and realised that you need to make some changes? Well, this is the time to put your plans into action. Mercury will have you picking up the pace from mid-month, but try not to get too stressed out by it all. Fortunately, Venus’ counter-influence in your chart should help you to avoid misplacing that tension and taking it out on others.

January should be a month of passion for you, with Mars giving you energy and strength. You might feel sexy and empowered, but if your life is out of balance in some way this might manifest as anger or frustration. If you’re feeling irritable and not quite yourself, take a look inwards and figure out where your frustrations really lie. Also keep an eye on your finances this month, Sagittarius – any reckless spending is about to come back to bite you. At the end of January you might find yourself considering a new romantic interest, but try not to see them through rose-tinted glasses and seek guidance from more objective friends if you’re unsure.