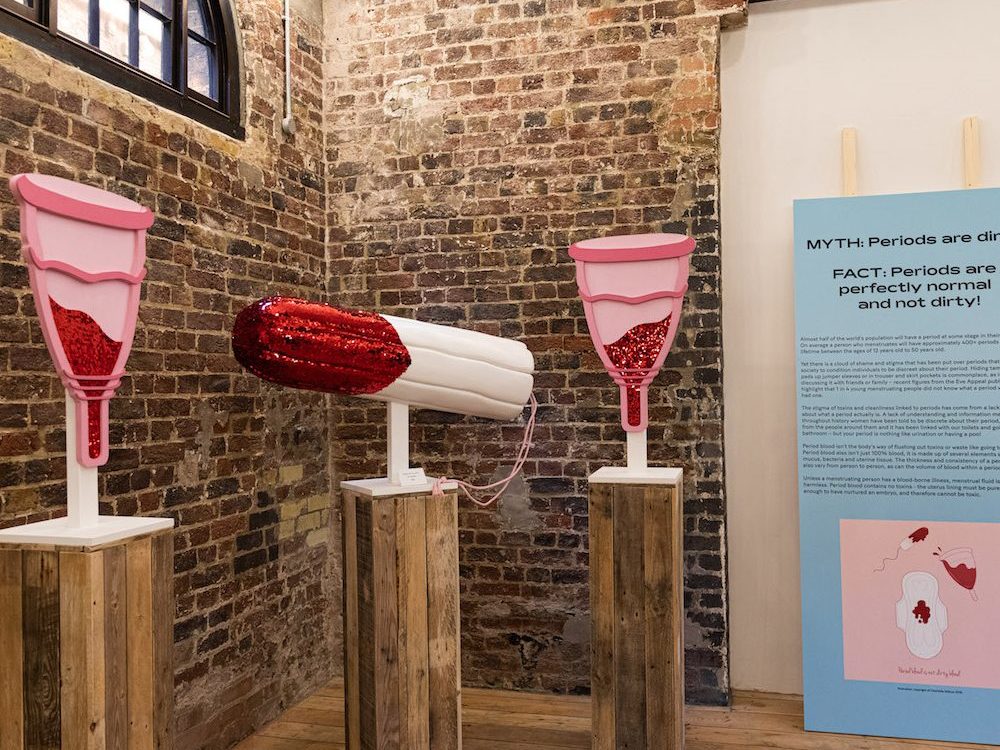 There’s the Penis Museum in Iceland, the Sex Museum in Amsterdam, and even the Museum of Sex Objects in London. Now, the world’s first Vagina Museum has opened in Camden Town. It’s about time – half of the world’s population has one, and most people entered the world through one, yet it is still a taboo subject.

There’s also a real need for a proper education when it comes to gynaecological anatomy. According to a YouGov survey in March 2019, half of all Brits (including women) don’t know where the vagina is, let alone can identify what or where the labia or urethra is.

Florence Schechter, a science educator and founder of the Vagina Museum, wants to change that. After launching the project in 2017 from her kitchen table to now occupying their first premises, she describes it as being a “whirlwind experience”.

“Doing the pop-ups for the past few years has shown me that people are desperate to engage with these issues, as this is something they care about, but can struggle to find safe and inclusive places to have these conversations,” she says.

You can find the museum snuggled under the railway arches of Camden, a rabbit warren of punks, vintage markets and food stalls. Half shop, half exhibition, the space opened last month and has quickly gained a reputation for not beating around the bush (excuse the pun). Schechter has been amazed by the public’s reaction.

“It still blows me away: the support and love we have received building this museum.”

The current exhibition is entitled Muff Busters: vagina myths and how to fight them, which is enlightening in a fun and informative way. I only wish my school sex education classes covered half of the stuff on display. From an explanation of where the clitoris is, to why having pubic hair is actually more hygienic, and everything you need to know about periods, hymens, and vulvas. In the corner is a giant tampon dipped in red glitter, flanked by two pink menstrual cups. It is the perfect mix of girl power ‘n’ science – you get the sense that the exhibition is particularly geared towards helping girls navigate their bodies. After all, knowledge is empowerment. Saying that when I visited there was a healthy handful of men making their way around the exhibition – albeit emitting some embarrassed giggles. The more men who understand the gynaecological anatomy, the better, I say.

One shocking part was a biology textbook widely used in teaching in India, which outlines the difference between a “true” virgin and a “false” virgin. Students are taught that vulvas which are “capacious, lengthy, enlarged” are signs of a person who has had sexual intercourse – whereas the opposite, small and tight, are the identifiers of someone who hasn’t. The exhibition explains that this simply isn’t true – it is another myth that has circulated and become part of the norm, even within medical practice.

Sarah Creed, the museum’s curator, says; “It is so important for individuals with vaginas and vulvas to be able to openly discuss their anatomy and feel there is no stigma or shame associated with it.” She makes the important point that understanding our bodies also establishes what is normal for us as an individual, so we then know when something is wrong.

“Myths and legends that have circled the gynaecological anatomy have perpetuated a “norm” for what the anatomy should look, feel, and smell like, and indeed how the individual and others should interact with it, which when added to a lack of basic anatomical understanding leaves people with vaginas and vulvas in a worrying scenario of not knowing how to interact with their own bodies,” explains Creed.

It also means that our undeniably patriarchal society can use these myths as a way to control girls and women – just think of the social construct that is virginity, and how still to this day, it is common in at least 20 countries for women to be forced to undergo virginity testing to check whether their hymen is still “intact”.

It is not actually possible to tell a “virgin” hymen from a “non-virgin” hymen, fact. In 2018, the United Nations and the World Health Organisation called for an end to virginity testing, describing it as “a humiliating and traumatic practise, constituting it as violence against women.”

A timely reminder as to why museums like this one are vitally important.

Creed says; “My hope is that this exhibition marks the start of that change of mindset and gets those conversations started.”

After the exhibition, don’t forget to have a mooch around the shop. Most items for sale are adorned with female genitals – T-shirts, mugs, cards, books, badges, you name it; it is a treasure trove of vagina paraphernalia.

The featured artist of the month is Charlotte Willcox, whose colourful illustrations are dotted around the space, and are available to buy. I picked up a postcard emblazoned with a “Pussy Grabs Back” placard; a fitting souvenir from the world’s first Vagina Museum.

You can find the Vagina Museum at Unit 17 & 18 Stables Market, Chalk Farm Road, London NW1 8AH. Admission is free and the museum is open 10am-6pm Monday to Saturday and 11am-6pm on Sundays.