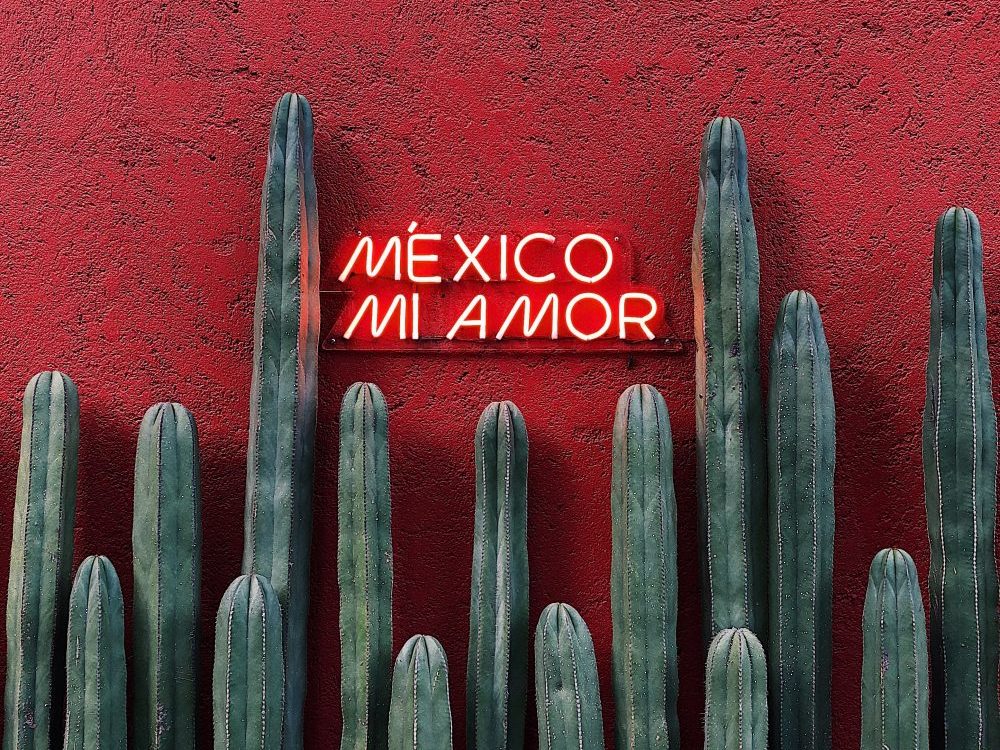 In our new travel series, editor Olivia helps you find the right adventures for when you feel like running away

Feeling beat down by the chilling weather already? I know your first instinct is to book a beach vacation, but what about a city break in a vibrant city first? The Yucatan is awesome, but beach vacations may not give you the exciting introduction to Mexico that Mexico City can. Whether you’re traveling solo, with your friends, or planning something sexy with your partner, this city has something for everyone. Fabulous food ranking at the top of the list.

This is a great city to favor the more unique hotels over your old favorites. The city has so much culture in their home grown establishments that you’ll be missing out if you stick with a chain hotel.

Starting at 180 a night, it’s unique design, rooftop pool, and spa make it the perfect home base for your urban escape. It’s in the Polanco neighborhood, so you won’t have to go far to access interesting shops and restaurants. You can expect rooms to be extra modern, have large bathtubs, and a soothing respite from a city that is incredibly vibrant. There’s a gym too, for those of you who aren’t tired out from night of dancing and days of walking the historic site.

At just four rooms, this is an adorable spot from which to start your adventure. It’s a refurbished house in the fashionable Roma district, and will make you feel like a local instead of a tourist. Isn’t that what we all want? Rooms generally have large windows and balconies (very atmospheric) and they have a small spa with massages on offer. You also can’t get closer to the best bars and restaurants in the city. If your short on time, this is an ideal hotel from which to immerse yourself in the city. Rates start at 300 per night.

There are a ton of fabulous choices when it comes to food in Mexico City, especially if you’re adventurous. Below are some of my favorites.

This is the place to go for mind blowing, cheap tacos. The thing about Mexican food is that it doesn’t have to be expensive to be so good that you think about it for weeks. This is one of those places. Try the brisket, it’s recognized to be one of the best places for it in the city. A great place to start a night out, especially with a group of friends.

This is a really funky eatery that centers on pan-Asian food. Dishes like dimsum, noodles, and Japanese meat skewers can all be found here. It can seem counter intuitive, but asian food is translated expertly in Latin America. Restaurants like this one, or Latin/Asian fusion restaurants are generally my top choice when going out to eat. At the very least, you won’t be bored.

There is so much to see in this city. Love culture but not into night out? You’re covered – walk the historic districts and go to the many art galleries. Thirsty for a night out? You couldn’t find a better place for it. You’ll find tons of shops that aren’t run of the mill too.

The sport was inspired by the Mexican adelitas who fought in the revolution. They’re expert, all female horse riders who ride in choreographed teams to music. The season lasts from November to February and is a can’t miss for feminist travelers interested in getting into Mexican culture.

If you come to Mexico city and you don’t try Mezcal, why did you bother? This is a smokier, higher end version of the tequila you know and love. This bar in particular has some awesome examples of Mexican cocktails but goes the extra mile to make it as high quality as possible. It’s a bit of a hidden gem in the Juarez neighborhood, so there’s a mix of locals and foreigners. When it’s time to try a new location, head over to the Hanky Panky speakeasy in the same neighborhood. (Make sure to call in advance – the location isn’t advertised)

Bold, bright colors are the way to go for this sophisticated and funky city. It’s the right location for taking sartorial risks. Mix those patterns! Finally use that electric yellow accessory. You need to have the right attitude when drinking tequila, and a sassy outfit helps with that.