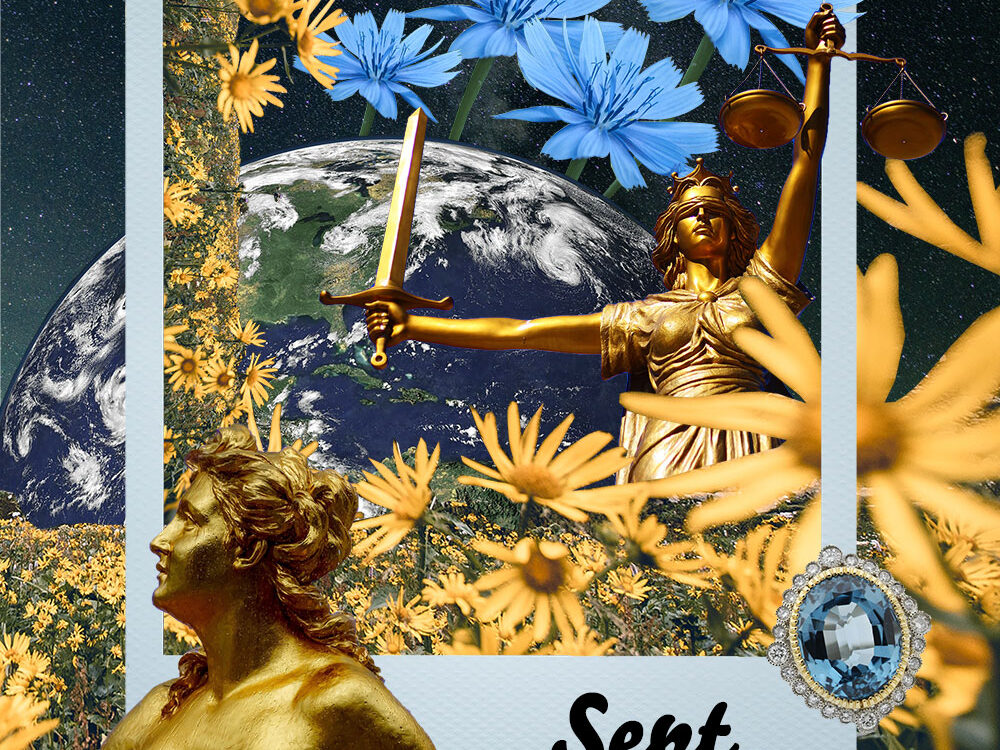 Ready to find out what’s in the stars for September? Read on.

It is officially Virgo season! And, this year there’s a bit more going on.

Mars in Aries makes it likely that protests will continue around the world and there will be increased tension with governments. Things get even more complicated when Mars goes into retrograde on the 9th. Which means everyone’s productivity will have a bit of a dip for eight weeks. Fortunately, Virgo’s practical energy will help to counteract the effects and in general, we should get by alright.

The full moon in Pisces is also a great sign – an incredibly positive force that will help us to focus on the future and what we really want from life.

It’s Virgo season baby! This is your time to shine, and even better, it’s the perfect time for a fresh start. This particular Virgo has just invested in an undated planner since life is picking up again, and I recommend that my fellow organisation lovers do the same. As we enter our home season, we’re at a crossroads. Start thinking about what direction you want to head in, reassess your five-year plan (we know you already have one), and figure out if your goals have changed.

September should bring you new insight, and allow yourself to go out of your comfort zone. Expect good news at the end of the month, and focus on socialisation. However, be careful around the second week of September, as the Sun is in opposition with Neptune, and is likely to lead to you feeling insecure and discouraged. Resolve any conflicts as quickly as possible, and focus on yourself.

You’re going to be feeling lucky in love and money this month, Libra. Venus’ influence is increasing your opportunities in her ruling arena, and your social skills are at an all-time high. If there’s something you want, whether at work or in your love life, this is the time to ask for it. Be careful though, as a Mars-Venus interaction may also mean you struggle to chill out when you need to. Expand your excess energy as best you can, ideally through physical pursuits.

Since your sex drive will also be on the up and your love life is looking better…the solution is obvious. Around the end of the month, Mercury and Jupiter will bring some much-needed optimism to your life, but you may find yourself struggling with making plans. Don’t forget the details.

The Sun’s influence will be boosting your intuition around the beginning of September – so if your gut is trying to tell you something, actually listen for once! Especially if it’s about a new person in your life, as they may not be all they seem.

Around the second week of September, some new opportunities will be heading your way. This could be financial but are more likely to take the form of education or new friendships. Around the end of the month life is picking up the pace – expect increased demands for your time and your attention, most of which you won’t be able to say no to. Try and make time for yourself though, or you’re at risk of entering October feeling burnt out.

Life is getting busy for you in September, Sagittarius. Mercury’s influence means all your engines will be raring to go, and you’re going to be feeling more productive than ever. Early September is going to be a great time for all things work and socialising, especially since Venus is also making her way into your chart at the end of the first week. Your stress levels will plummet and you’ll finally find some time to relax – about damn time! Make time for yourself, and explore creative and spiritual pursuits.

You’ll be back to the grind later in the month though, as the Sun’s influence will make you work harder to achieve things that ordinarily wouldn’t take much effort. Hang on though, as the last few days of September are looking good for you, especially in terms of your love life.

It’s going to be a busy September for you, Capricorn. The Sun’s influence around the beginning of the month means you’ll be feeling calm, and your relationships will be happy and peaceful. However, since we’re in Virgo, a sign that aligns with yours quite well, make use of Mercury’s influence and up your productivity. You’ll feel better for it.

Around the middle of the month, short trips and a hectic pace of life are likely. You may feel stressed out and irritable, but try to keep your cool and avoid any big life decisions. Later in the month, Jupiter starts exerting its influence in your chart, bringing with it a good mood and optimism. The downside is difficulty concentrating, and you may struggle to focus on details.

The Sun’s quincunx position in your chart may bring some disquiet to your life this month, Aquarius. You might feel like you’re not able to properly relax, and your relationships may feel the tension. Don’t worry too much though, as this should also come with an energy boost that will help with your career or education. Focus on those big goals and capitalise on that energy.

Around the end of the month, Venus is in opposition with your sign, meaning your love and social lives will become your focus. You’ll want to relax and enjoy yourself rather than working, and providing you don’t neglect any important duties, you should allow yourself to chill out a bit. With regards to dating, don’t lower your standards or it may lead to embarrassment.

September is looking great for you, Pisces. The Sun’s interaction with Uranus will bring you unexpected knowledge and insight at the beginning of the month, Pisces. Express yourself a little more and embrace your quirky side – it will help you leave your comfort zone and get creative. It may also lead to you meeting some unusual people who could turn out to be valuable friends in future. Later in the month, Jupiter will be bringing you some good luck! Expect opportunities of all kinds, including financial, and you should take every chance you get.

Around the end of the month Neptune and Jupiter are bringing a little more peace and harmony, so make sure to make time to relax.

September looks busy for you, Aries. Mercury’s influence is keeping you on your toes, and the tempo of life is picking up. Try and keep calm and slow down, no matter how busy life gets, or you may end up having difficulty explaining yourself and misunderstandings are likely.

Later in the month, the Sun is proving to be an unusual negative influence; instead of pepping things up, it’s bringing increased pressure in your work life. If a particularly troubling situation presents itself, try and take a step back from it. Assess why people are behaving the way they are and ask yourself who gains from the scenario.

You’re skating on thin ice this month, Taurus. Around the beginning of the month, Venus will increase your desire for affection but may also make you feel more selfish. This might have a knock-on effect on your love life, and anxiety and sadness are likely if you forget to focus on your partner. Later in the month, Venus is causing trouble again, as the interaction with Uranus is likely to test any romantic relationships.

You may be feeling tied down and trapped; try and find some time for yourself to figure out if you’re just feeling restless or real change is needed. Around the end of the month, the Sun is mixing things up. You may feel a little lost in life and unsure of your goals, but this is also an opportunity for growth and change. See what life throws your way and make the best of it – it may be better for you than you realise.

All the opportunities are heading your way this month, Gemini. At the start of the month Venus is helping you get lucky, so enjoy yourself and experiment a little. This is a great time for dating and socialising, so spread yourself out and make up for lost time with friends.

Later in September, Neptune is having a disruptive influence on your life. Avoid conflicts where you can and stay out of any big family or friendship arguments. Around the end of September, Jupiter is bringing you a little luck and a chance for relaxation. Let yourself relax a little and enjoy yourself and everything life throws your way.

August was a little difficult for you Cancer, but in September things are looking brighter. At the beginning of the month, the Sun is bringing you excitement and enthusiasm, especially when it comes to the future and setting long-term goals. Your positive attitude will help if you need to make a good first impression, so don’t worry too much about meetings.

Later in the month life will get busier, with meetings, work and short trips a likelihood. Try and make time to relax as well though, as otherwise, you may start feeling overwhelmed and rush into decisions. Around the end of September Jupiter and Neptune are cutting you some slack, and you should finally find some time to relax after some professional successes. Take some time to think about where you’re going in life

Focus on yourself this month, Leo. Uranus is bringing disruption at the beginning of the month and causing stress. You may want to run away as a result of said stress, but this is actually an opportunity in disguise. You’re up to the challenge, and you’ll learn a lot about yourself in the process, so lean into it and work hard Leo!

Later in the month, there will be increased strain on any romantic relationships, so make sure you’re communicating your needs to your partner. Around the end of the month you’ll be feeling more like your usual confident self, so get out there and socialise! This is a great time for romance and fun, so make sure you enjoy yourself and make plans with friends.