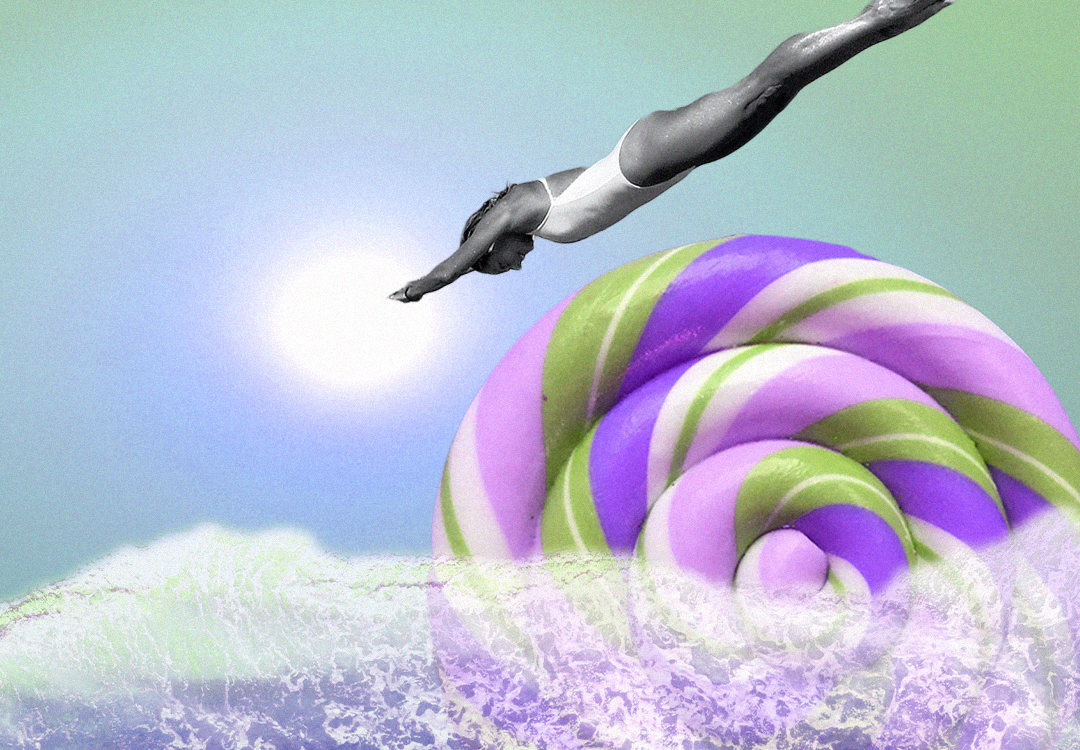 One day, who knows which one—there’s hardly any point knowing what day of the week it is anymore—I was in the midst of a lengthy phone call with a friend who I hadn’t seen or spoken to in ages. We spent a while moaning about the seemingly endless lockdown that was keeping us apart and an embarrassing amount of time weighing the pros and cons of various guys we were matching with on Tinder. I ‘oohed’ and ‘aahed’ as she spoke of her new job, which was incredibly fancy and impressive. She then asked, so, what have you been up to?

Along came that all too familiar feeling in the pit of my stomach. I tried to keep a steady voice. This was a feeling that kept me awake most nights, a feeling that enabled me to wallow in self-pity while I contemplated my life. I took a breath and vaguely filled her in on a few of the more interesting things that had been filling my time, and spared the not-so interesting parts.

I laughed and joked about how I should really be doing a lot more.

Everything I did simply wasn’t enough for the high standards I had set for myself. I wasn’t doing enough

In truth, I was doing more, a whole lot more. I hadn’t stopped working, or at least thinking about working, for a second during the lockdown, and I was struggling immensely with a phenomenon called toxic productivity. The effect it was having on my mental health became detrimental. Since lockdown, I’d spent each and every day planning new career moves, writing features, and doing university work that wasn’t due for months. I baked, read, cleaned, walked, and, honestly, I was exhausted. Everything I did simply wasn’t enough for the high standards I had set for myself. I wasn’t doing enough, I told myself.

In reality, I was embarrassed. I didn’t want anyone to know how hard I worked to be ‘successful’, especially when my friend seemed to have that natural talent which allowed her to walk into any job she wished. I wanted to have that effortless flair about me, but I also didn’t want people to think I was lazing around doing nothing. But I wouldn’t tell her that. As far as she knew, I had it all together. Didn’t it look impressive that I was doing so much with my time?

What is toxic productivity?

Toxic productivity describes the idea that you must always be improving on yourself and that time spent not doing so is wasted. You feel guilty when you are not working but exhausted when you are. You find yourself constantly comparing yourself to others who are more successful, criticizing yourself for not being that way, and then deciding you must work even harder to be like them. You spend 12 hours a day working non-stop, only to find yourself laying in bed with that guilty voice in your head saying, “You just could’ve done more.”

Toxic productivity is a product of modern culture—a culture where workaholism is rewarded; where working three jobs to keep a stable income is seen as heroic instead of inhumane; where the value of a person is measured against their contribution to society.

This toxic productivity culture has increased tenfold during lockdown. If you haven’t written a novel, worked yourself into impossibly good shape, perfected that sourdough bread recipe, or started a side business selling handmade candles, then you’ve wasted all this perfectly good time.

But this couldn’t be further from the truth, and this is something I had to come to terms with (and quickly). I’d managed to work myself into a heap by about mid-October until my mind and body gave up. The culmination of the year’s events hit me, and I knew I had to make a change if I ever wanted to be—get ready for the corniness—truly happy. I was forced to a standstill, and I felt lost. I didn’t know who I was without my days upon days of jam-packed to-do lists.

After I took a step back and really looked at my behavior, I realized that the heart of the problem was me. I was the one forcing myself to work non-stop, I was the one criticizing myself, I was the one making myself feel this awful guilt, and for what reason? There was no good outcome, so why act like this?

Then I had a revelation: I am allowed to do things because I enjoy them. I am human and having fun is good use of my time.

By making a conscious effort to be happy, by waking up each morning and choosing to enjoy where I am rather than worrying about the future, I can actually experience life and feel good about it.

Then I had a revelation: I am allowed to do things because I enjoy them. I am human and having fun is good use of my time

I decided to call up my friend, the successful one I mentioned before, and we spoke for hours about, well, everything. Everything I had bottled up for the past year and a half came pouring out, every second that passed I felt a little more weight lift off of my shoulders. And when I finally ran out of words, I was met with a response full of reassurance, understanding, and love.

“You sound happier!” she said,

Maybe it wasn’t as simple as waking up one day and feeling completely renewed and ready to start a new chapter. I’ve had to shred an entire belief system that was built upon gaining outside praise and learn to give it to myself, to be kinder to myself, and to love myself no matter what. You’ve got to be your own biggest fan. Realize your value, know your worth, and others will too.

And take time to rest and have fun. Both of those things, I’ve learned, are productive, too.