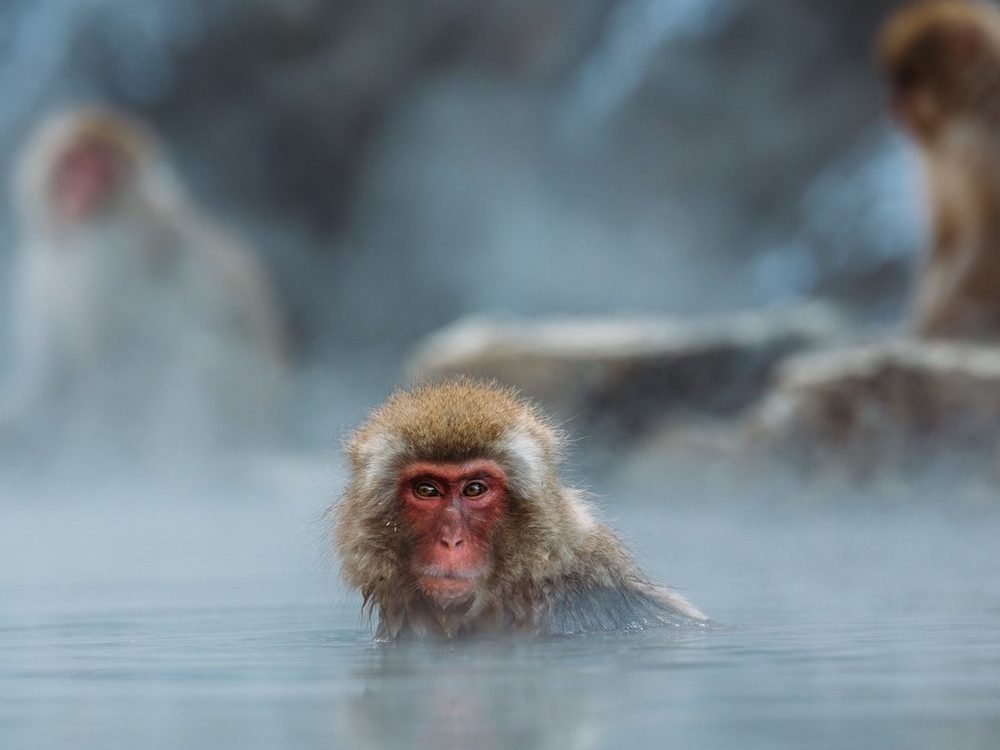 What Japan’s Communal Baths Taught Me About Shame

Naked bathing gave one Restless writer a fresh perspective on nudity, the female gaze, and community

The sun is falling lower in the sky, just skimming the trees. It’s casting a beautiful, golden light over Kyoto’s residential streets, but I’m finding it difficult to focus on the scenery. I’m nervous.

I’m heading to one of Japan’s onsen – the famed communal baths made from hot-spring water that peppers the country’s mountains. You’re probably reading this and wondering why on earth I was so nervous about going to a hot spring – like me, you’ve probably only seen viral posts about Japan’s matcha-tea flavoured baths.

Onsen, in their more traditional form, are mostly unflavoured. And, in all onsen – traditional or not – it is mandatory to bathe completely nude. Hence the reason for the nerves.

Onsen have been a part of Japan’s rich culture for millennia. Some experts believe communal bathing in this manner has been around for as long as 3,000 years and for most of Japan’s written history, the practice was the main method of washing for both Japan’s normal residents and the elite.

When the West first began interfering with Japan in the Meiji period – from 1868 – 1912 – the country made a concerted effort to Westernise. They formed a democracy, entered into unequal trade agreements with the US and the UK, and changed some social traditions and practices. Onsen, which were originally mixed, were separated into male and female bathing only. The nudity, however, remained.

If I was expecting a slow introduction to the whole nudity thing, I most definitely did not get it. Naked ladies, everywhere. Drying their hair, moisturising, chatting. The women, thus far, were older and regarded me with completely unabashed curiosity. Briefly glancing around, I realised there was no more putting off the inevitable and quickly stripped off.

I took a deep breath and headed into the bathing area. There was one large pool, with subsections for hot-tubs. I walked towards the bath and was met with several – emphatic, firm, yet kind – women directing me towards the showers at the edge of the pool. You need to do a very firm scrub before entering, they indicated. I obliged and sat down on a stool to have a good clean.

I was surrounded by women. Old, young, all shapes and sizes. All naked. Most were sitting on the stools, gossiping and catching up – if I had wanted a relaxing bath, I was out of luck. Women were sitting by the showers doing all sorts of bodily upkeep. Shaving moustaches, shaving legs, washing their hair.

As I looked at my surroundings, one thing struck me. This would never happen in England.

Shame is, primarily, one of the main reasons for the Western dislike of nudity. Much of the differences between Western and Japanese attitudes towards public bathing appear to be related to religion. Christian-influenced Western attitudes seem to highlight nudity as intrinsically related to sex. Contrary to this view, bathing in Japan was seen as a way to cleanse yourself from the sins of the mortal world. While Christian missionaries were horrified by public bathing when they arrived in Japan – and tried to inhibit and restrict the practice – the Japanese Christian-converts of the time saw the missionaries as smelly and impure.

It’s a vastly different perspective. Historically, women were required to be chaste and meek – and when nudity means sex or sexual advances, nudity in itself thus becomes shameful. This technique of shaming has now been used for centuries to oppress women. We are shamed when too much flesh is revealed; shamed, nowadays, when too little is as well. However, it’s not just a historical phenomenon. Slut-shaming shows that nudity’s association with sex is still as relevant today as it was a hundred years ago.

The absence of this shame has allowed Japan’s communal bathing to flourish. A completely functional setting: producing a picture where nudity is not for male consumption but for cleaning, bonding, and gossiping. And, as I looked around this onsen with all of these women, it seemed to me that here was the main difference. In an environment devoid of the influence of the male gaze, a different picture emerges – one where bodily maintenance is performed without concern or consequence. Here, hair needs washing, moustaches need shaving, nipple hair needs plucking.

When I was finished, I left the outside pool and went back through to the changing room. In between the two rooms, there was another washing section – where you can rinse the small rental towels and your body. I looked into the mirror and saw myself – clean, and slightly pink and blotched from the heat of the pool. A body, amongst many other bodies, completely unremarkable in any way. I smiled and left the room with the chatter of the women humming behind me.