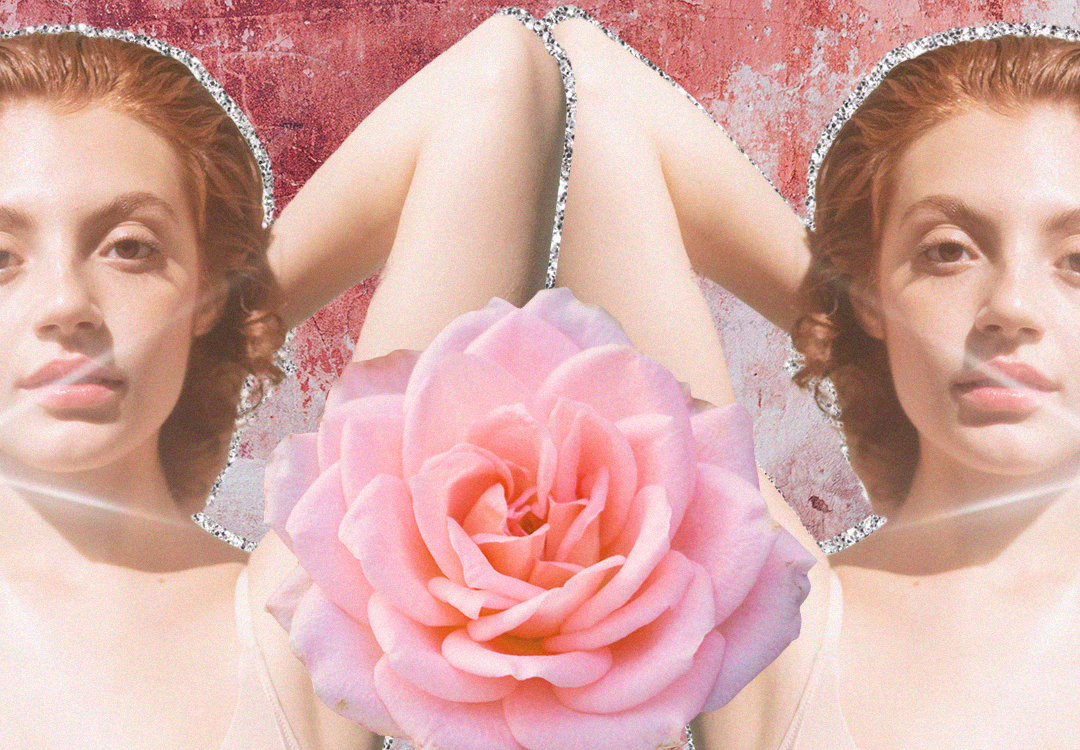 What My ‘Birth Defect’ Taught Me About Body Image

When I hear the term ‘imposter syndrome,’ the first thing I think of is my body. But not all of it. I’ve always been able to name elements of my body that I really like: my eyes, my waist, my soft skin. But I’ve always felt as though I was concealing a part of myself that was awful. Something I didn’t want anyone to know about. Something that if maybe I hid from others, I’d forget about it, too.

I was born with a congenital cleft known as a sacral dimple. It presents itself as a pea-shaped hole at the center of my lower back, and it’s surrounded by a patch of purple skin and swamped in tufts of thick, black hair. It’s been a main staple on my body ever since birth, though doctors were never able to put their finger on why. It’s an anomaly and for a while, I felt as though I was walking through life with something ‘abnormal’ attached to me.

Society taught me to be disgusted by my own body

Throughout my childhood and into my teenage years, I discovered that I can cover my sacral dimple nicely with a long jumper or high waisted trousers. And doing so made me feel kind of normal. After many years of hiding myself away, I came to realize that the problem wasn’t my appearance. The problem was being made to feel as though my sacral dimple is freaky or anything other than a total non-event. Although my ‘birth defect’ has impacted me massively (particularly when I became sexually active), this part of my body is never going to change. It’s become my normal, despite society saying otherwise.

Prominent scars, stretch-marks, and birthmarks are just the tip of the iceberg when it comes to physical differences becoming a person’s main form of identification or definition. Everyone is built differently. Why can’t we just be? Instead, we’re conditioned to believe our physical differences need to be hidden or lasered, burned, or surgically removed as to achieve the ‘perfect’ physical aesthetic. The idea of ‘normal’ plagued me so severely throughout my life. I’ve spent a large majority of my life exploring ‘normalcy’ and searching for a place for my physical differences to exist within that realm. But why fight to fit in when you’re meant to stand out?

I didn’t mind the attention surrounding my sacral dimple when I was younger. In fact, I liked that I was valued as a novelty. There’s an innocence attached to youth that makes younger folks more accepting that begins to leave us as we age. While getting changed for physical education class, I was often approached by people asking if they could see ‘it’. I came to expect the excited (and sometimes grossed out) squeals as I turned around to show it off. I loved the attention so much, I used it to my advantage and frequently made up unbelievable stories about its origin to add to its allure:

‘A doctor struck me with a really sharp pencil,’ I’d say.

‘They had to drill into my back and untwist my spine when I was three days old!’

The outrageous stories and show-off attitude made me regain control over my ‘difference’, but as I aged, I was less keen to show it off, as people stopped being so nice and I discovered shame. As a teenager, I started to become deeply aware of social taboos and shame. Seeing people being bullied for the slightest physical differences (and enduring my own experiences of bullying) deeply instilled in me that difference deviated from the coveted ‘normalcy’. And anything that wasn’t normal was to be feared or ostracized. I remember learning about sex when I was 10 years old and wincing at the thought of someone else seeing my imperfections. Suddenly, my sacral dimple felt less cool and more shameful, so much so that I spent a lot of time typing ‘skin grafts’ into search engines and making detailed plans for what I’d do if I ever found myself in an intimate situation with someone.

I didn’t feel as if keeping a top on was an option during my first sexual encounter, so I covered my dimple with seven different types of plaster instead. Occasionally, I’d wrap a bandage around my back and tell my sex partner I’d hurt myself. I thought I was doing this for them, because seeing the dimple might be a turn-off. But now I know I was doing it for me, because society taught me to be disgusted by my own body.

Our pleasure often takes a backseat to our physical differences and even comforts. While we continue to perpetuate the idea that difference and abnormality are synonymous with each other, many people are prevented from experiencing the true joys of intimacy because they’re so preoccupied with hiding what makes them ‘different’. I was. And it wasn’t until I learned that the people who really cared for me didn’t care about my physical ‘flaws’ and I began to heal and accept my dimple for what it was: a part of me. A perfect part at that. A part that is meant to be there and should never be covered up or hidden away.

In order for folks who are born with physical ‘differences’ to not feel shame surrounding their appearance, a change in our use of language is desperately needed

In order for folks who are born with physical ‘differences’ to not feel shame surrounding their appearance, a change in our use of language is desperately needed. Being told from physicians that I had a birth ‘defect’ alienated me from showing my body for a long time. Sex, days at the beach, wearing on-trend clothing like low-waisted jeans were totally out of the question for a long time. I felt like I was lying to anyone who found me attractive at surface-level, because I was constantly paranoid they’d see the real me and run. If we began to focus our attention away from the normal/abnormal binary when talking about our differences, and started to see our differences represented in everyday life, it would make the world a safer place for people like me. Representation is essential. And for folks who are born with physical differences, we’re often left out of the representation equation.

It’s taken a while and a ton of mental growth, but I’ve made peace with my physical insecurities. I’m unapologetically myself in every sense of the word, and my current partner accepts me for who I am, which makes intimacy a lot easier, safer, and finally enjoyable. Reaching adulthood and surrounding myself with positive people who accept me for who I am evoked a newfound feeling of self-love. I’ve been to hell and back with my body image for so many reasons, but finding that neutrality, that ‘fuck it, nobody cares anyway’ side of myself was the beginning of the end for my self-hatred. And the truth is that I don’t hate myself. I love every part of myself, but especially the parts I used to hide.